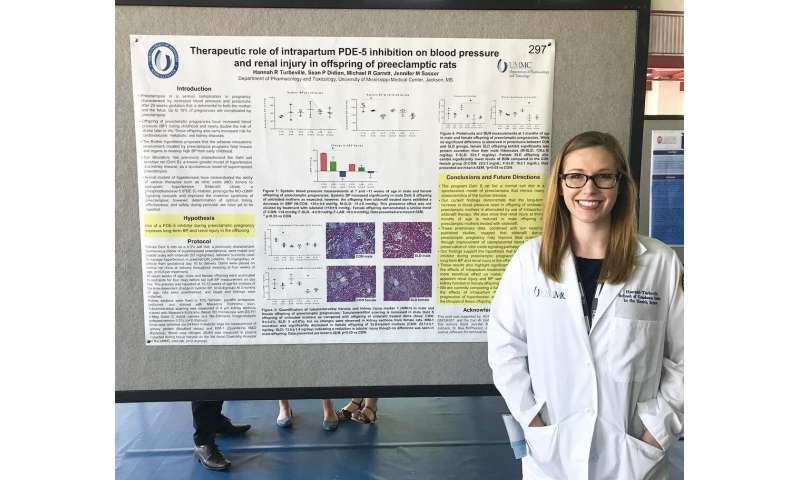 An estimated six to 15 million people in the U.S. are children born of a pregnancy complicated by preeclampsia. New research performed in rats reveals that treating preeclampsia with sildenafil citrate (Viagra) may help protect the cardiovascular health of the offspring.

“The ultimate goal of our work is to improve the long-term health of women and children affected by preeclampsia,” said Hannah Turbeville, a doctoral student at the University of Mississippi Medical Center, who conducted the new study. “There are limited guidelines for addressing the health risks to these groups, and we hope not only to bring attention to these risks but also to propel research forward that will inform preventative interventions.”

Turbeville will present the new research at the American Physiological Society’s annual meeting during the 2019 Experimental Biology meeting to be held April 6-9 in Orlando, Fla.

“Our studies demonstrate the potential for targeted therapy of the nitric oxide pathway to improve the body’s response to stressors in the later lives of children of women who experienced preeclampsia,” said Turbeville. “This pathway plays an important role in improving blood flow and lowering blood pressure.”