Providing naloxone in the emergency department can save lives 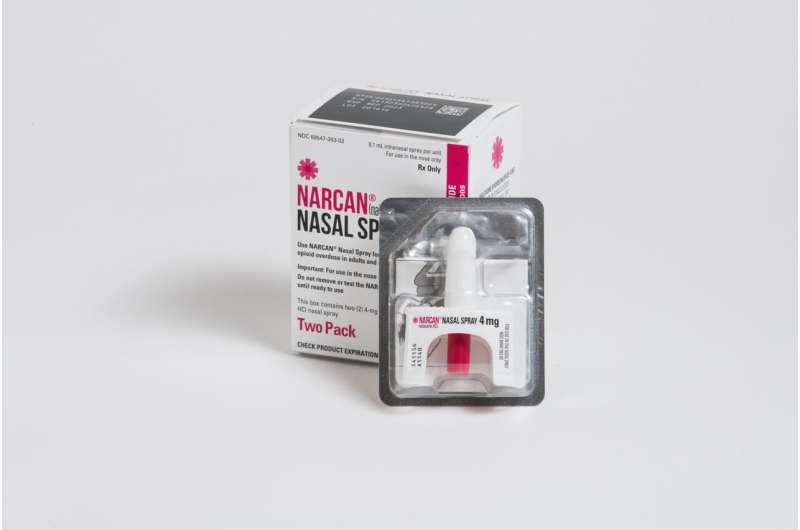 Overdose deaths continue to be a national tragedy. More than 800,000 Americans died from an overdose between 1999–2019, and the annual rate of overdoses has increased dramatically during the pandemic, according to the latest data from the Centers for Disease Control and Prevention.

Roughly 7 in 10 current overdose deaths involve opioids, which means that many of them could be prevented with naloxone. Naloxone, also known by its brand name Narcan, acts to reverse opioid overdoses and save lives when used in time. It is easy to carry and use, and studies have demonstrated that laypeople can administer it safely and effectively to reverse overdoses.

But many of the people who are most likely to witness an overdose, including individuals who use opioids and their friends and family members, may not have easy access to naloxone. Strategies are needed to increase uptake, carrying, and administration of naloxone, especially among at-risk individuals in the community who may not be engaged in routine health care or with community naloxone distribution efforts.

However, many at-risk individuals find themselves in the emergency departments (ED), either because of an overdose or other complications of substance use. For this reason, we recently examined the potential for ED visits as a critical, reachable moment to engage high-risk individuals in overdose prevention. As we reported recently in JAMA Network Open, we reached out to at-risk patients prescribed naloxone in the ED to understand whether they had obtained their naloxone during or after their ED visit, whether they were carrying it, and their plans to carry it in the future.

To collect data, we sent the patients a text messaging-based survey following their ED encounter. Of the 205 patients sent the survey, 41 (20%) completed it, a promising response rate for a historically difficult-to-reach population. The novel survey approach created a space for patients to provide input and feedback, a component important for future interventions to motivate behavior change.

The survey asked patients about their experiences and perceptions following the ED encounter related to accessing, using, and carrying naloxone. Findings included:

These findings on patient perspectives and experiences using naloxone indicate that EDs represent an opportunity to improve naloxone carrying. These early insights are key in helping quality improvement, operational, and administrative efforts to support addiction-based care and to save lives within the community.

The Biden Administration recently announced that for the first time, harm reduction services are a federal drug policy priority, and specifically highlighted EDs and hospitals as key settings for naloxone distribution. Although the plan included few specifics, our work suggests that bolstering funding to provide naloxone directly to patients in the ED may be an effective strategy to promote naloxone carrying and use among people who are highly likely to witness an overdose.