Even as the pandemic shows intransigence to eradication even in places with high vaccine coverage, a new study shows the efficacy of public health restrictions in containing viral transmission in different settings, setting the stage for further evaluation of such policies and measures vis-à-vis the burden they impose on the society and economy. 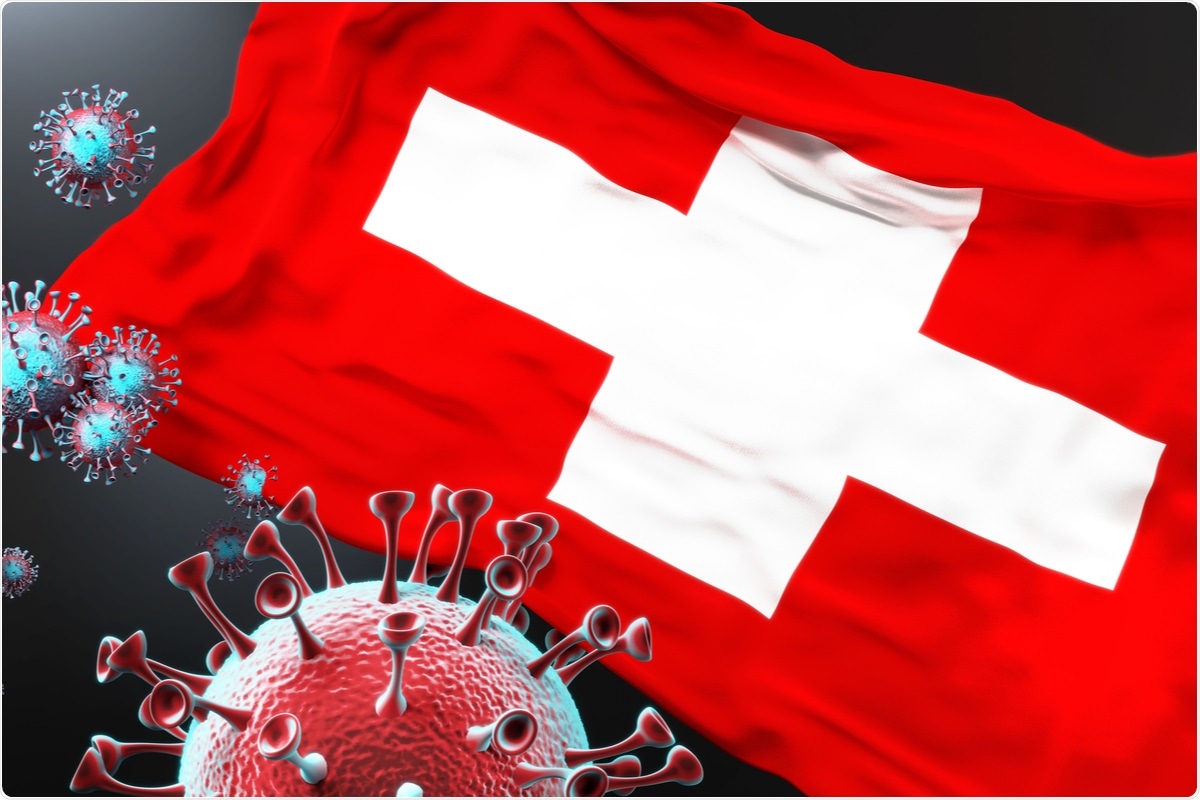 The pandemic of coronavirus disease 2019 (COVID-19), caused by the severe acute respiratory syndrome coronavirus 2 (SARS-CoV-2), led to intensive research into the virus to develop effective interventions.

Hundreds of thousands of viral genomes were sequenced and the sequences uploaded on databases such as the Global Initiative for Sharing Avian Influenza Viruses (GISAID) platform.

Such data has been mined to understand how viral transmission occurs, even without contact tracing information being universally available. This has helped reconstruct the dynamics of viral spread early in the pandemic. Another approach uses phylogenetic approaches, tracing the phylogenetic trail of the virus to show how, for instance, the early lockdowns in England and Ireland occurred simultaneously with a decline in the size and diversity of viral lineages.

Similarly, a super-spreading event in Switzerland was linked to a dominant strain in Basel using this approach. Thirdly, phylodynamic studies are based on the assumption of an underlying transmission pattern, allowing viral genomic data to estimate the transmission at the population level. Thus, public health measures were shown in some earlier studies to bring down viral transmission rates in three countries.

The current study, available as a preprint on the medRxiv* server, attempts to estimate the quantitative effects of specific measures, using a combination of phylogenetic and phylodynamic approaches to handle a large dataset of over 5,000 sequences. This accounts for about 5% of the cases documented per week over the first pandemic year. Using these sequences, the researchers reconstructed viral spread patterns until December 2020, when variants of concern began to circulate.

They aimed to find out how the spread of the virus across international borders and within local regions was related in quantitative terms to major public health interventions in place at the time – such as lockdowns, border clampdowns, and contact tracing.

What did the study show?

The phylogenetic model used a set of viral sequences circulating in Switzerland and aggregated them by parent lineage-variant groups. They looked at singleton or clusters of sequences from these groups. This showed two possible sets of introduction events, depending on which assumed order of transmission was right – one envisaging a few (557) and the other many (~2,300) introductions, both occurring at the extremes of the assumption paradigm.

Secondly, they estimated that rather than simply reflecting caseloads in adjacent countries, the closure of the borders on March 13, 2020, reduced the sampled introductions by about 83%. Once the borders were reopened, new introductions rose steadily until November 2020, as all over the world, countries opened up, coinciding with a fall of European cases.

Since a local outbreak depends on the transmission of introduced pathogens, the study identified a number of persistent introductions in Switzerland. Persistence refers to the last daily sampling of the circulating introduced strains.

Most introduced strains were detected for 5-34 days, when the last sample was collected for 2020, with longer durations towards the latter half of the year compared to the early part – 0.5 – 8% of April introductions vs. 12 – 52% of September introductions showed up in samples for 60 or more days.

Assuming that persistence remains stable throughout the outbreak, they tested the model, showing that the persistence distribution changes over time, with lower or equivalent persistence at the start of the lockdown, compared to the period following the lockdown, when it rises above the median level. Persistence in the latter period is twofold that in the former.

This indicates that introductions are followed by transmissions occurring between hosts. The transmission rate varies over the course of the introduced strain but is the same for all introductions. The introductions then die out when the host or infected patient either dies or recovers, the rate of becoming non-infectious remaining stable.

These introductions occurred at a constant level in all sampled genomes, though varying over time. Providing that test-positive cases comply with self-quarantine rules, the sampled lineage dies out. Thus, the effective reproductive number in Switzerland varies with the rate of transmission, the rate at which infectious patients become non-infectious, and the chances that such a patient will be among those sampled.

The researchers also found that contact tracing successfully reduced the rate of transmission after the detection of introduced strains. This finding incorporated a two-day delay to account for the time from giving a test sample for polymerase chain reaction testing to getting the result and subsequent contact notification.

In spring 2020, they could not arrive at any firm estimates because of the reduced number of genome sequences during this period.

By way of contrast, they estimated the corresponding indices for New Zealand (NZ), an island that is geographically isolated, unlike Switzerland, in the heart of Europe, connected to all the surrounding countries, especially in the unrestricted Schengen travel zone. NZ adopted strong containment measures, completely closing its borders throughout 2020, while Switzerland reopened in June 2020.

COVID-19 was completely eradicated in mid-May 2020, though transiently. Before and after this point, for the next two months, all cases in the country were associated somehow with the border quarantine centers until a fresh community outbreak occurred in August 2020.

The researchers found that after that, cases were infrequent through the end of the year. This indicates that the decrease was equivalent to or more than that which occurred in Switzerland in summer and fall 2020.

The current study, using genomic data, assessed in quantitative terms the transmission dynamics within and across Swiss boundaries as public health interventions were introduced or lifted. The findings show that introductions of the virus from abroad went down after the borders were closed in spring 2020, until June 15, when the country reopened to Europe.

Introductions peaked in the week of March 15, simultaneous with the closing of the border. By comparing the case rates in the country with those in adjacent countries, it is clear that this step prevented 83% or more introductions. Following the relaxation of border restrictions, new introductions went up week by week, extending from June 15 into fall 2020.

The study also shows how the local viral transmission was contained during the partial spring lockdown in 2020, with new cases dipping below the earlier and later periods. This lockdown included multiple measures, such as closing schools and non-essential businesses, leisure facilities, and restaurants.

This estimate was arrived at using both phylogenetic and phylodynamic methods, thus deriving the persistence of introductions and the effective reproductive number. The persistence as of March 17 was half the duration as in mid-June, and percentage-wise, the introductions in April that persisted for more than 60 days was 6-20-times lower than in September.

Earlier studies agree with this perceived effect of the lockdown on viral transmission, seeing a decline in the number of transmission clusters and the spread of the virus within clusters.

The effective reproductive number dropped drastically by a factor of 15-17 times from the week of March 9 to that of March 16, when the lockdown was in place. These numbers are likely to be related to local transmission rather than introductions from outside.

The researchers also measured a speeding up of viral introductions in summer 2020, followed by a marked slowdown. They attribute this to the test-trace-isolate program, leading to a drop by half of the transmissions following the identification of an introduction. This requires that all lineages similar to the one first sampled show a slowing of their spread at two days from the collection of the indexed genome.

However, it could also be explained by the spread of the traveler-related viral introductions into the non-traveler population. This slowdown is not observable during fall 2020, around the time when cases surged because the contact tracing system was overwhelmed.

Another reason could be that contacts were tested more frequently and thus returned more positive tests, clustering around the time when the index case was detected. This would later vanish. Here, the extent of reduction in transmission due to the test-trace-isolate is more difficult to quantify.

The scientists used a novel phylodynamic model here and validated it in part by showing how it showed a significant slowdown in NZ during the period before and after the epidemic breakpoint in mid-May. This shows that a similar decline in transmission was seen in summer in other countries than Switzerland, even though NZ has a very efficient contact tracing and cluster identification system.

Together, our results quantify the reduction of case importation and local transmission in Switzerland [with] general border closure and general lockdown measures. Second, we provide genome-based quantification of a summertime transmission slowdown that may be linked to successful contact tracing efforts. We envision that the quantitative estimates presented here can help policy-makers weigh these general and specific measures against burdens they impose.”

medRxiv publishes preliminary scientific reports that are not peer-reviewed and, therefore, should not be regarded as conclusive, guide clinical practice/health-related behavior, or treated as established information.