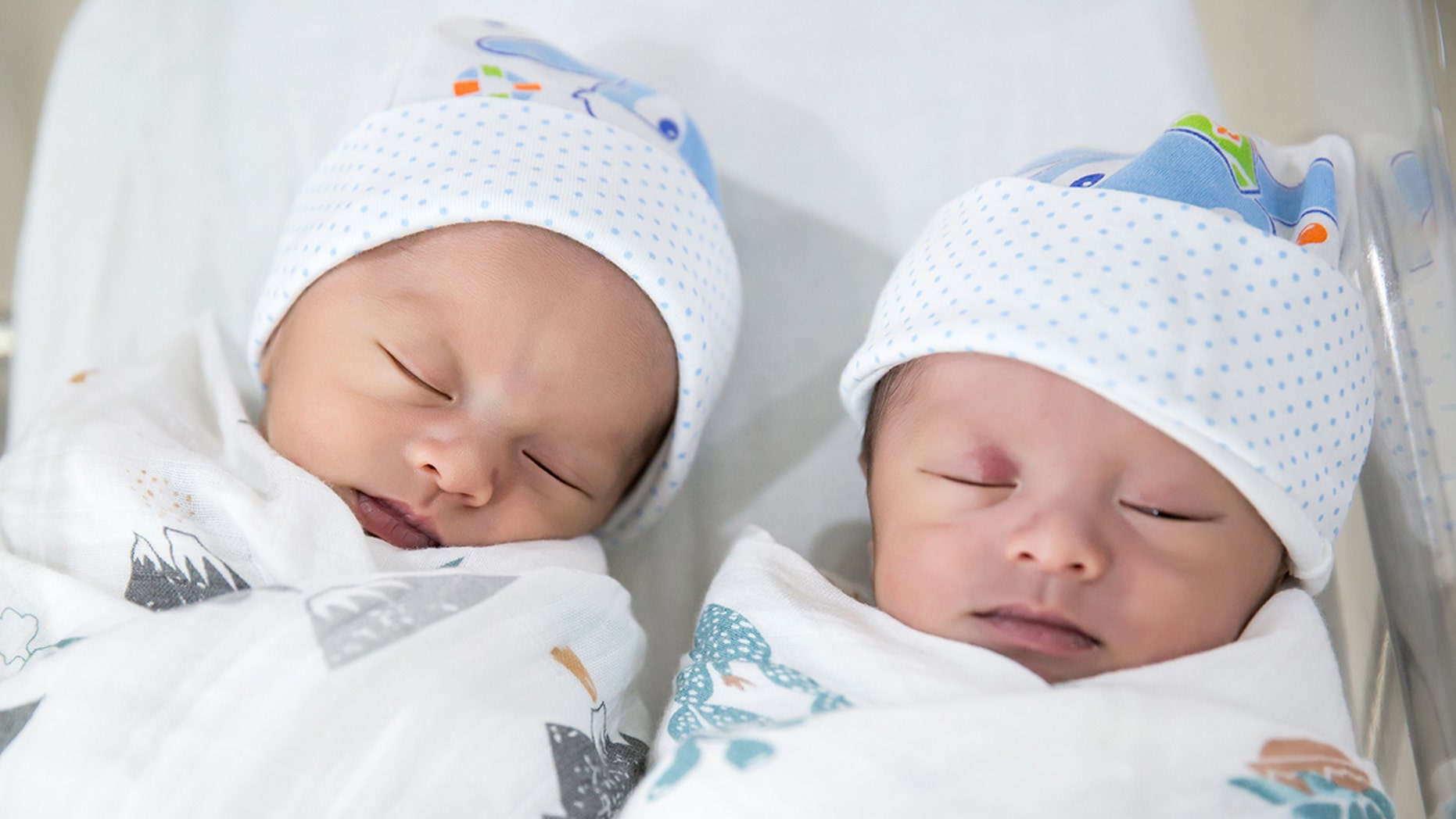 A rare set of semi-identical twins have been identified in Australia, only the second set ever reported in the world. (stock photo)

A rare set of semi-identical twins — only the second set ever reported in the world — have been identified in Australia.

This was also the first time semi-identical twins have been identified during pregnancy, according to a case report recently published in the New England Journal of Medicine.

Semi-identical twins, also called “sesquizygotic twins,” were first discovered in the U.S. in 2007.

“It is likely the mother’s egg was fertilized simultaneously by two of the father’s sperm before dividing,” Nicholas Fisk, a professor at the University of New South Wales in Australia, said in an online statement. Fisk is a fetal medicine specialist who led the fetal medicine team that cared for the mom and twins and worked alongside clinical geneticist and lead researcher Dr. Michael Gabbett on the case report.

When one egg is fertilized by two sperm, it creates three sets of chromosomes — "one set from the mother and two from the father," Dr. Gabbett explained.

The 28-year-old woman was a mother for the first time and had conceived naturally, BBC reported.

To make sure there weren’t other semi-identical twins who hadn’t been identified previously, doctors examined genetic data from 968 fraternal twins and their parents but found no other examples of the phenomenon.

“We know this is an exceptional case of semi-identical twins,” Fisk said. “While doctors may keep this in mind in apparently identical twins, its rarity means there is no case for routine genetic testing.”