Rats can learn to navigate by watching their friends, helping us learn more about our own ‘internal GPS’ 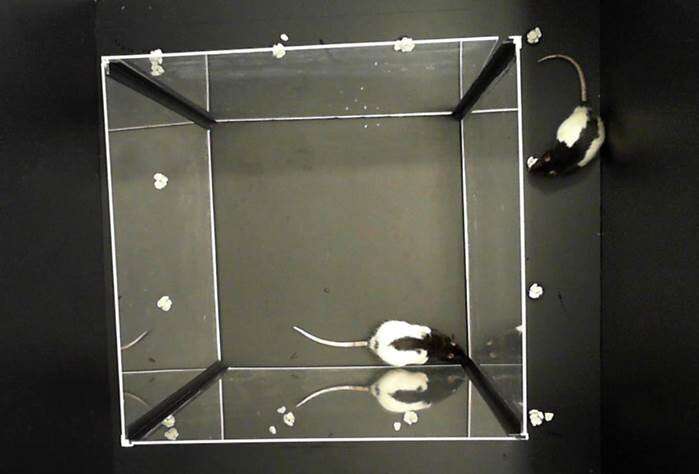 Researchers are one step closer to understanding the “internal GPS” of animals and humans, by investigating whether rats can learn spaces just by observation. In a new study published in Frontiers in Behavioral Neuroscience, the researchers show that rats do not need to physically explore an environment to learn about a specific location; simply observing another rat is sufficient.

Learning by observation has been reported in invertebrates (for example in bees), birds, fish, and mammals. Learning new tasks and environments is critical to the survival and well-being of an individual.

“Learning by observation is the most common form of learning from school to daily life,” said author Dr. Thomas Doublet, of the Norwegian University of Science and Technology.

Research has shown that animals and humans can navigate distances and spaces thanks to the formation of cognitive maps. Functional cell types that underlie cognitive mapping processes in the brain have been suggested, among them grid cells, border cells, head direction cells, and place cells. A place cell, for example, is a neuron in the hippocampus that becomes active when an animal enters a particular space, which is known as the place field.

The processes that control these cognitive maps and the suspected accompanying cells are still poorly understood, including whether they can be formed in spaces that are only observed or whether direct experience of a space is needed.

Rats are excellent animals when studying these cognitive brain maps as their navigational abilities are well-known. A previous study has shown that their brains create a stable place cell map of an unexplored space only after direct exploration. This raises the question whether rats can learn spaces by observation only, without any exploration beforehand.

To find an answer to this question, Doublet and his colleagues designed an observational spatial task that is nearly identical to that of the previous study.

The observer rats outperformed the naive rats (100% success versus 12% success), meaning that rats can learn about a physical space and can find a reward location with no previous physical exploration; simply observing another rat is sufficient.

Furthermore, the researchers injected CPP (a receptor antagonist which prevents stabilization of a newly formed hippocampal representation of a space but does not destabilize an already formed one), to test whether it would affect the rats’ performance. Injection of CPP did not affect the observational task, meaning that either the observed space was stabilized by observation alone, or that a stable place cell representation is not necessary for spatial task performance.

“Our study shows that the cognitive representation of a space formed by observation is stable and can be used by the animals to navigate more efficiently through the observed space,” noted Doublet. “This study is a means to better understand how our brain represents the behavior of conspecifics, but also how our internal GPS works.”