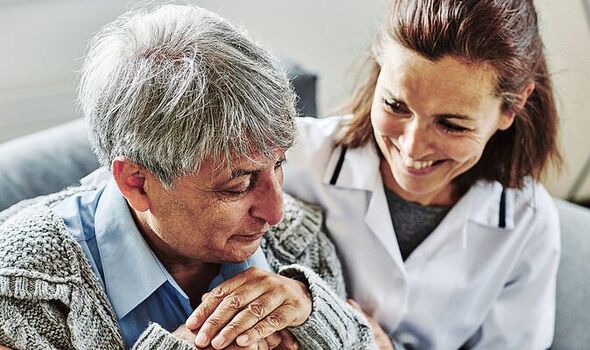 Random tests found that one in 16 of all ages tested positive during the last three weeks of March. The surge has been driven by the BA.2 sub-variant of Omicron.

Covid infections appear to be plateauing overall but rates were highest among those aged five to 11 with one in 11 infected.

By the end of last month cases were declining or stabilising among children, teens and younger adults but still rising among over-55s.

Prof Elliott said the trend may be partly due to the waning of boosters and more people venturing out.

He said: “I think it’s a combination of people mixing more but also we know that many older people had their booster way back in October or November last year.

“It’s likely there is some waning of protection, although we do know with the booster there is very good protection against severe illness.”

The NHS meanwhile said the number of Covid patients in hospitals is now at the highest since mid-January.

Prof Elliott said the “twin peaks” were at first driven by BA.1 sublineage of Omicron but BA.2 appears to be more transmissible and is now dominant.

Deaths due to Covid in England and Wales have jumped to the highest level since mid-February. In seven days to March 25, there were 780 said the Office for National Statistics.