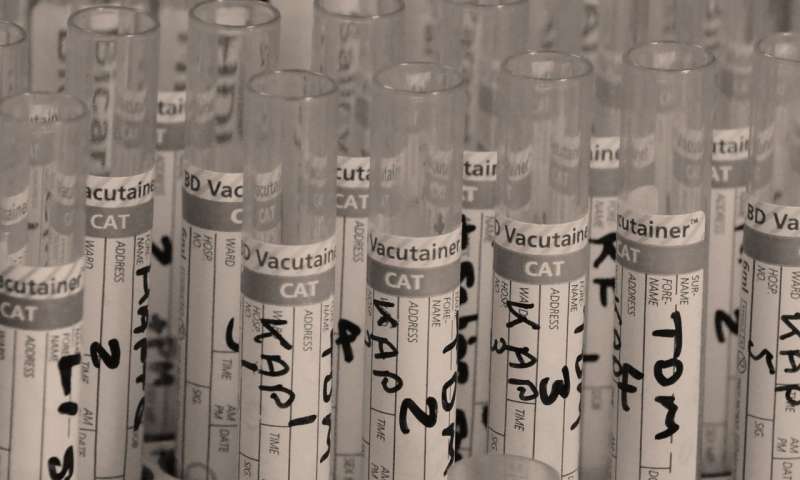 Research led by the University of Birmingham has found re-purposing already existing drugs or combining therapies could be used to treat patients who have difficult to treat autoimmune diseases.

Funded by Versus Arthitis, the research was led by the University of Birmingham’s Institute of Inflammation and Ageing and Institute of Cardiovascular Sciences and was published today (June 17th) in Proceedings of the National Academy of Sciences.

Dr. Saba Nayar, of the University of Birmingham, explained: “In this study, we found for the first time that fibroblasts—cells that play a critical role in healing—also play a key role in the process of the formation of tertiary lymphoid structures, which are small clusters of blood and tissue cells found at the sites of chronic inflammation.

“Inflammation is the body’s process of fighting against things that harm it, such as infections, injuries, and toxins, in an attempt to heal itself. When something damages cells, our bodies releases chemicals that trigger a response from our immune system.

“This response usually lasts for a few hours or days in the case of acute inflammation, however in chronic inflammation the response lingers, leaving your body in a constant state of alert. Chronic inflammation occurs in a range of conditions from cancer to arthritis and autoimmune conditions—illnesses or disorders that occur when healthy cells get destroyed by the body’s own immune system.”

Dr. Joana Campos, also of the University of Birmingham, added: “Tertiary lymphoid structures are believed to play a key role in the progression of autoimmune conditions such as Sjögren’s Syndrome—a condition that affects parts of the body that produce fluids like tears and spit.

“Previously research has not identified the role fibroblasts play in the formation and maintenance of tertiary lymphoid structures.

“We proved that fibroblasts expand and acquire immunological features in a process that is dependent on two cytokines—substances which are secreted by cells including fibroblasts in the immune system.”

Dr. Francesca Barone, also of the University of Birmingham, said: “Our research has led us to conclude that, by re-purposing already existing drugs or combining therapies, we could use these medications to directly target immune cells and fibroblasts to attack these cytokines in patients who have difficult to treat autoimmune diseases in which the formation of tertiary lymphoid structures plays a critical role.