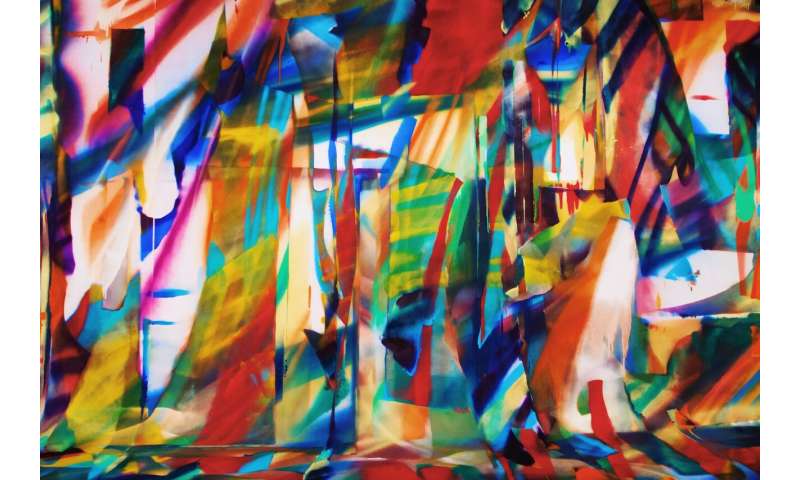 A team of researchers at Columbia University has found that abstract art tends to evoke a more abstract mindset than does representational art. In their paper published in Proceedings of the National Academy of Sciences, the group describes their online study involving art and paid viewers and what they learned from it.

Representational art depicts subject matter that is generally recognized by viewers. Paintings of people, buildings, fruit or other objects are examples of representational art, as are statues and busts. Abstract art, on the other hand, involves imagery that communicates ideas mainly without visual reference to the natural world. In this new effort, the researchers sought to learn more about the ways the two types of art impact the brains of the people who view them. To that end, they created a study that could be performed entirely online using a platform called Amazon Turk, a website owned by Amazon that allows researchers and others to pay workers to conduct tasks. In this effort, the tasks involved asking 840 workers to look at paintings by four abstract artists. Each of the paintings fell into one of three categories: clearly defined objects, somewhat abstract, and abstract. The workers were asked to place (in their minds) each of the paintings in a given exhibition. The exhibition choices included those representing “today” or those representing “in a year.” They also had the option of placing them in an exhibit nearby, such as around the corner, or far away, such as in another state.