Scientists are considering a third surge in coronavirus disease 2019 (COVID-19) incidence owing to the emergence of highly transmissible severe acute respiratory syndrome coronavirus 2 (SARS-CoV-2) variants of concern (VOC). SARS-CoV-2 is the causal agent of the current COVID-19 pandemic. Some of these VOCs have been reported to have a rate of transmission much higher than the infectivity of the ancestral strain that had emerged in Wuhan, China, in 2019. 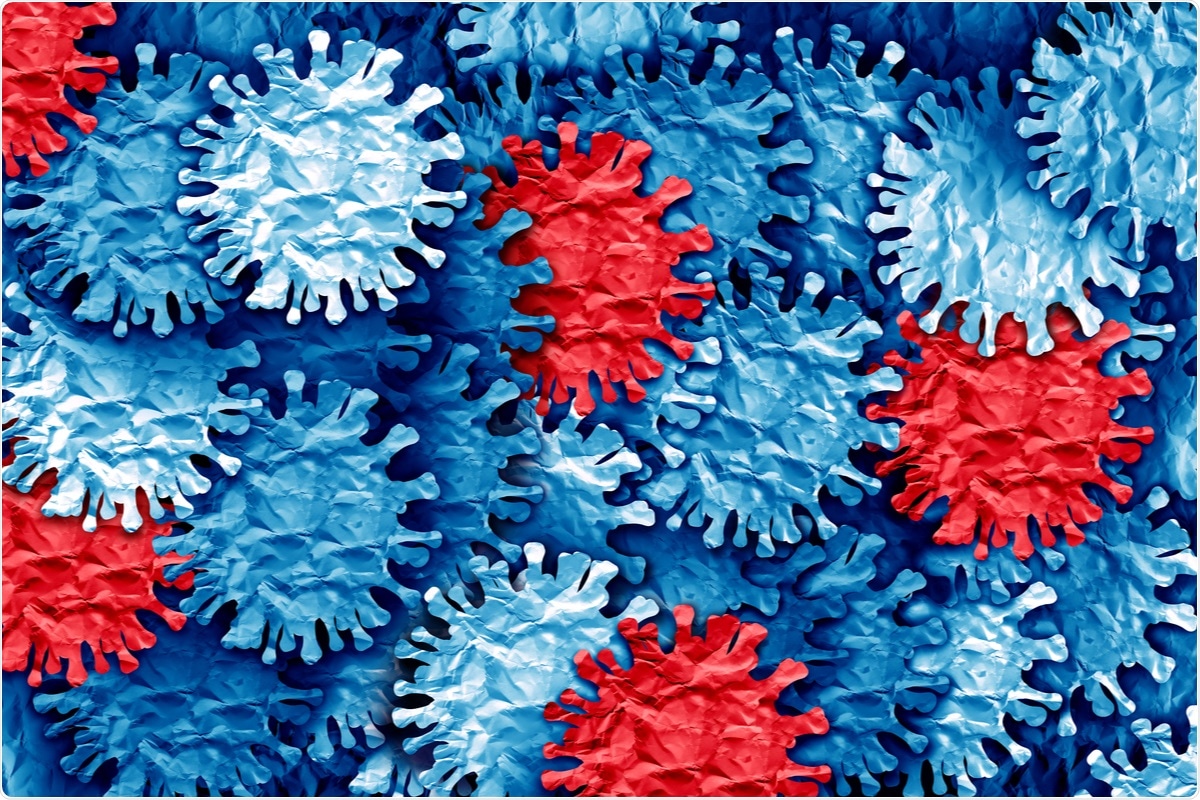 Researchers have revealed that two spike protein mutations – N501Y and E484K – are responsible for the increased infectivity in the variants. For example, B.1.1.7 (or UK variant) emerged following the N501Y mutation, while P.1 and B.1.351 (the Brazilian and South African variant) resulted from mutations at both N501Y and E484K regions.

In the early months of 2021, the B.1.1.7 VOC rapidly started to transmit in the United Kingdom and other countries like Canada. Scientists have estimated the transmission of this variant to be 1.3 to 1.5 times more than previously circulating variants.

A new study by researchers at Public Health Ontario, Canada used a previously validated household-based strategy to compare the secondary attack rates of SARS-COV-2 mutations and variants in Ontario, Canada.  Ontario is the largest province in Canada. The team recently released their findings on the medRxiv* preprint server.

For this study, researchers identified confirmed SARS-CoV-2 patients in Ontario’s provincial reportable disease surveillance system. Subsequently, these individuals were grouped in accordance with their residential address. The cases were indexed based on the earliest onset of symptoms in the household for the period of March 1 to April 17, 2021. During this period, variants with N501Y and E484K mutations were circulating. Researchers of the current study have excluded households of multiple cases with the same earliest symptom commencement date. The indexed cases were classified into:

In this study, a whole genome sequencing of B.1.1.7, B.1.351, and P.1 was carried out. The household secondary attack rate was represented as a percentage of household contacts identified as secondary cases between 1 and 14 days after the index case. Researchers have used logistic count regression to determine unadjusted and adjusted odds ratios (OR) and 95% confidence intervals (CI). They considered the count of secondary cases and non-cases as the outcome and the mutation group as the predictor. Additionally, random intercepts were taken into account for household and health region clustering. For this study, characteristics of the index cases such as age, gender, reported date, and days from symptom onset to testing were considered. In addition to these, neighborhood characteristics from the 2016 Canadian Census, which included the proportion of visible minority residents and household crowding were obtained.

The researchers highlighted a couple of limitations of the present study that are worth considering, including a shortage of data on vaccination and potential index case misclassification. They observed that a significant increase in transmissibility is connected with SARS-CoV-2 variants. An increase in the rate of vaccination worldwide, is an efficient way to contain the COVID-19 pandemic.

medRxiv publishes preliminary scientific reports that are not peer-reviewed and, therefore, should not be regarded as conclusive, guide clinical practice/health-related behavior, or treated as established information.

Priyom holds a Ph.D. in Plant Biology and Biotechnology from the University of Madras, India. She is an active researcher and an experienced science writer. Priyom has also co-authored several original research articles that have been published in reputed peer-reviewed journals. She is also an avid reader and an amateur photographer.