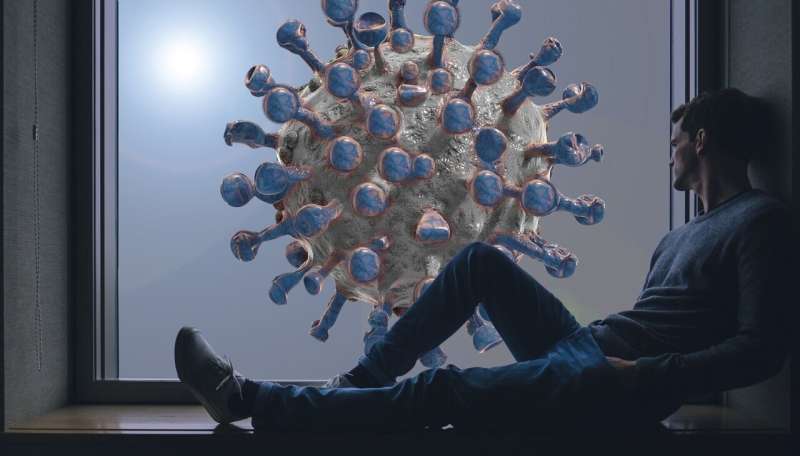 Despite a significant but small increase in mental health symptoms early on in the COVID-19 pandemic, overall there was great resilience in mental health during 2020, University of Liverpool researchers have found.

These findings cast doubt on the assumption that there has been a ‘tsunami’ of mental health problems as a result of the pandemic.

The large-scale review of 65 studies published in the Journal of Affective Disorders shows that by mid-2020, mental health symptoms were comparable to pre-pandemic levels—however there were larger rises for depressive symptoms and those with existing poor physical health may have been most affected.

Corresponding author Dr. Eric Robinson said: “Our research has drawn conclusions which go against the idea that there has been a mental health crisis during the pandemic in the general population or those with existing mental health conditions. The results in fact show how remarkably resilient people’s mental health has tended to be after the very early initial shock of the pandemic.”

The researchers from the University of Liverpool and Maynooth University, reviewed 65 longitudinal cohort studies comparing mental health prior to and during the COVID-19 pandemic.

The research team suggest that this pattern of results may represent an acute and normal response to an unforeseen and distressing traumatic event, which was then followed by a period of psychological adaptation and resilience.

There was no evidence of a worsening of mental health symptoms among samples of participants with a pre-existing mental health condition.

Dr. Eric Robinson said: “Our analysis suggests that overall there has been considerable resilience in mental health. Current data on recorded suicides align with this, as there has been tended to be stable rates or decreases reported across a number of countries. However, there is a need for continued mental health provision, monitoring of mental health particularly during periods of increased COVID-19 infection and death. Long-term investment in mental health services will also be valuable.