Scientists say they have created 'embryos' without sperm or eggs

Creating an embryo from cells other than sperm and egg cells and then growing them outside the uterus is an area of study that has developed significantly over the past 5 years. How long until we unlock the “black box” of human embryology? 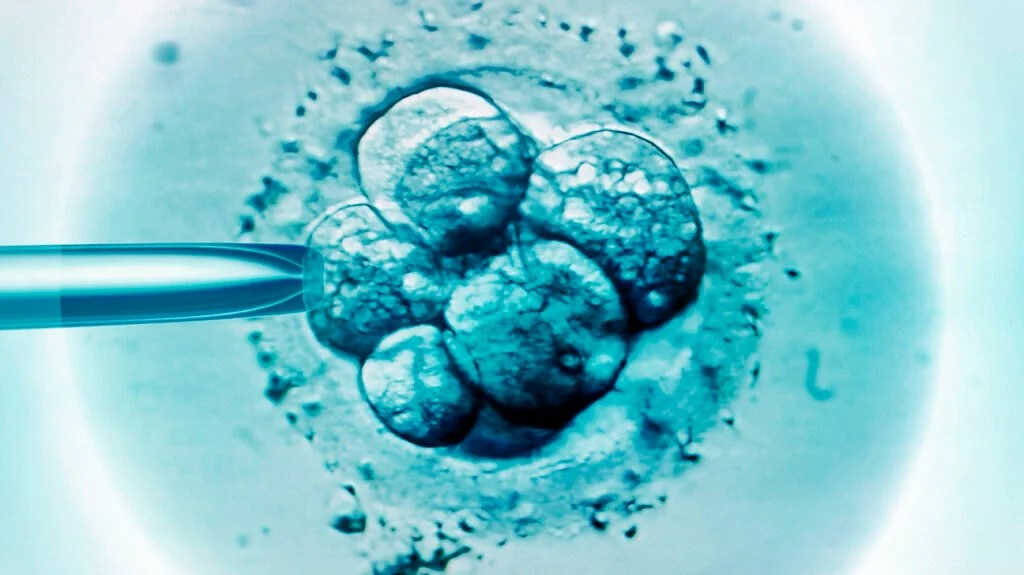 This month, researchers announced that they have been culturing a mouse embryo model made entirely out of embryonic stem cells and without the use of a sperm and egg, or a uterus, for 8.5 days, about 2 days longer than previous experiments had achieved.

Genetic analysis revealed that the structures and cell activity in these embryo models were 95% similar to real mouse embryos and functional. This suggests that these models were similar enough to natural embryos that they could be studied to gain insight into how they work.

Research on both mice and human embryos can offer insight into the mechanisms that allow them to divide, implant, and develop. However, being able to build them from scratch helps researchers bypass potentially expensive and unethical experiments on embryos and also helps them verify if assumptions about how they work are correct.

A paper recently published in Cell outlines the achievement by researchers in Prof. Jacob Hanna’s laboratory at the Weizmann Institute of Science in Rehovot, Israel.

This is the latest step in a long line of incremental steps in recent years to create an embryo from scratch in the lab.

Prof. Hanna’s team had already published details of one particularly important part of the puzzle last year in Nature, when they outlined the process they had used to grow embryo models outside of a uterus.

The system they developed uses bottles filled with liquids that act as a culture for the cells, which can rotate or remain static at different points of development.

In an email to Medical News Today, Prof. Hanna noted: “Since we know what it takes to support the growth of [natural mouse embryos] outside the uterus (device and conditions), we can finally test whether and which stem cells can generate an embryo ab initio [from the start] only from stem cells.”

“We couldn’t do that before because how are you going to grow a synthetic embryo if you don’t know how to grow a natural embryo? Low and behold indeed, the same device, the same media conditions, and the same parameters allowed aggregates of 27 cells of pluripotent stem cells to reach day 8.5-stage embryos when placed in this device after 8 days.”

“The device and the media were critical. These embryos are whole embryos — they have [a] yolk sac and placenta. But remarkably, we did not use placenta stem cells and yolk sac stem cells, but showed that everything can be made exclusively from naive pluripotent embryonic stem or induced pluripotent stem cell lines that are routinely expanded in labs around the world,” he explained.

This was remarkable because previously, researchers had made embryo models that began to form the placenta, egg yolk, and amnion using a mixture of embryonic stem cells and stem cells taken from the trophoblast layer. This is the layer that normally differentiates into the placenta in embryos.

However, the failure rate in this latest set of experiments was high, with just 50 of 10,000 of these cell mixtures forming first into spheres and then into more egg-shaped structures such as an embryo.

Not only did these embryo models start to produce the structures that would support a pregnancy, but by the end of the 8.5 days in which they grew, they had formed a beating heart, blood stem cell circulation, a head region with folds, a neural tube and the beginnings of a gut tube.

An ongoing race in embryo research

The same week this paper appeared in Cell, the University of Cambridge-based laboratory of Prof. Magdalena Zernicka-Goetz published two papers on a preprint server: shared here and here. In fact, Prof. Zernicka-Goetz’s team shared the latter on the same day the Cell study was published.

This paper outlines how the researchers from the Cambridge lab had observed similar organ structures start to form in their own research using embryo models.

Prof. Zernicka-Goetz told MNT in an interview that these papers would appear in peer-reviewed journals in the coming weeks and that their final versions were currently under embargo.

“So it is [a] step by step [process] […] our paper is going to show even further developments,” she told us.

This latest finding builds on the previous work of other laboratories and teams, both those of Prof. Zernicka-Goetz and others, said Prof. David Glover, her husband.

Profs. Glover and Zernicka-Goetz have teams at Cambridge and CalTech. They have carried out research together and appear as co-authors on one of the papers due to be published soon.

He told MNT in an interview: “I think you have to go back to Magda’s paper published in 2017, [whose] senior author was Sarah Harrison, which establishes the principle of being able to make an embryo-like structure using a mixture of extraembryonic cells and embryonic cells.”

Being able to produce embryo models that feature the start of development of these tissues is so important because they help initiate the signaling that helps the embryo model develop and self-assemble much as a naturally developing embryo would, Prof. Glover noted.

“But before they get to that stage, they also provide signals to the embryo to tell it how to properly develop. And if you don’t have those signals there, then the embryo doesn’t develop properly,” the researcher added.

These particular models were just one type of embryo model currently being developed, said Prof. Glover.

Researchers have also developed other models, such as blastoids, which attempt to recreate the pre-implantation blastocyst stage of the embryo, and gastruloids, which do not have any extraembryonic tissues, and as a result, tend not to have a brain region.

Dr. Nicholas Rivron’s laboratory at the Institute of Molecular Biotechnology at the Austrian Academy of Sciences, Vienna, Austria, has worked on developing embryo models to gain greater insight into the pre-implantation stage.

His group published a 2018 key paper in Nature. It outlined how they developed mouse embryo models using embryonic stem cells and stem cells from the trophoblast layer to create blastoids that could be implanted into the uterus of a mouse for a couple of days.

Then, in December 2021, the same team published another paper in Nature. This time, they outlined how they had created embryo models to the blastocyst stage made from human pluripotent stem cells, which they had induced to become able to differentiate into different types of cells.

Speaking to MNT, Dr. Rivron said: “For the next stages of investigation, we need to actually understand how those embryos can be combined with the uterine cells in order to understand the processes of implantation into the uterus and how this can develop our knowledge to solve various health challenges of family planning, fertility decline, also the origin of diseases.”

While the embryo models described in the latest paper demonstrated they had self-organized to form some structures that would go on to form the placenta, these embryo models were limited by how much further they could grow without one, said Dr. Rivron.

“The limitation is the placenta — the placenta is extremely important,” he noted, due to the fact that it provides the nutrients and oxygen to the embryo that are essential for it to grow and develop further.

How far can researchers go?

The latest paper also confirmed that the very first stages of organ development, known as organogenesis, could be observed in these model embryos.

This has typically been difficult to observe, as it typically occurs in the uterus. However, by establishing a process to develop these embryo models in the laboratory, the differentiation of the cells, the genetic control of this differentiation, and the environment needed for typical development can all be studied.

Guidelines for this regulation are released by the International Society for Stem Cell Research (ISSCR) approximately every 5 years, with the last set of guidelines released last year. This guidance addressed the existence of stem cell-derived embryo models and the possibility of chimeric embryo models built using cells from different species alongside human cells.

While it may prove technically possible to grow organs using embryo models, Dr. Rivron pointed out that this may not be necessary or, indeed, ethically desirable.

He pointed instead to the development of organoids, stem cell-derived models of organ tissues that can be used to investigate cellular behavior, and perhaps the development, of organs too.

In fact, a paper outlining how researchers at Harvard Unversity had bioengineered structures of the human heart appeared in Science in the same week as the latest article on embryo models.

Dr. Rivron contributed to the latest set of ISSCR guidelines and told MNT: “If you want to study organogenesis or create organs, the political principle is that you have to use, morally, the least problematic way of studying these,” and organoids offer a way to do this.”

Both the development of organoids and embryo models have come in leaps and bounds in the past 5 years, and their basis, new genomic approaches we can use to understand and recreate mammalian structures, are similar.

It will be interesting to see how the disciplines converge in years to come, to give us an even greater set of tools to unlock the “black box” of our development.