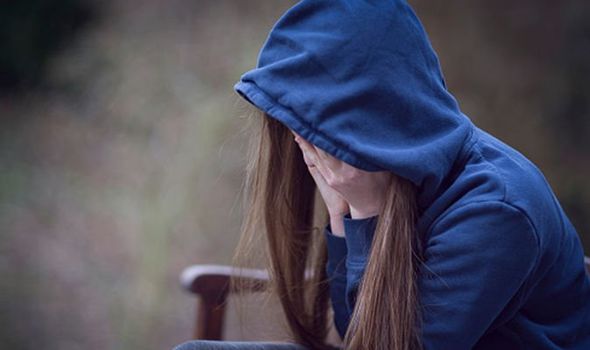 Between April 2018 and March 2019, hospitals across England treated 66 cases, the NHS Digital data reveals. The numbers rose among older children. There were 110 hospital incidents in which five to nine-year-olds inflicted self-injury or self-poisoning, and 7,457 episodes among 10-14 year-olds. Self-harm cases among 15 to 19-year-olds soared to 20,611.

Across all age groups there were 114,091 episodes of self-harm that led to hospital admission. This included 308 patients aged over 90.

Specific types were not recorded, although the data included admissions for hanging, poisoning and cutting. A previous government-based study highlighted three cases in which children aged five had to be admitted to hospital after hanging themselves.

However, they say many youngsters don’t get help when they first need it – and problems can get worse during the long wait for specialist treatment, potentially leading to problems in adulthood.

Tom Madders, at mental health charity YoungMinds, said: “The reasons behind self-harm are often complex, but we know that children and young people today face a wide range of pressures.

“Difficult experiences in childhood like abuse or neglect can have a huge impact on mental health. But there are also new pressures. The education system places a greater emphasis on exam results, while the rise of social media can make problems like bullying or body image issues more intense than they were in the past.

“For many young people, it is still difficult to get early help for their mental health.

“The Government must make early intervention a priority, so young people get help long before they reach crisis point.”

Dr Bernadka Dubicka, chair of the child and adolescent faculty for the Royal College of Psychiatrists, said: “Very young children and toddlers with behavioural problems such as ADHD and autism and those who have suffered significant trauma may hurt themselves, and these figures are being documented for the first time.

“This highlights the need to better understand this group and ensure we improve services to be able to meet their needs.”