Training our brain to manage stress without using common techniques such as relying on sugar or alcohol is "simple", but not necessarily easy according to neuroscientist, Dr Selena Bartlett.

The first step is learning to recognise the methods you use now to cope with stress that may not be serving you, but that you can learn to "train" yourself away from relying upon.

Bartlett, who is speaking about her research as part of the Australasian Neuroscience Society (ANS) conference on Tuesday, has been mapping the way our brains respond to stress during 25 years as a researcher developing drugs to treat addiction. 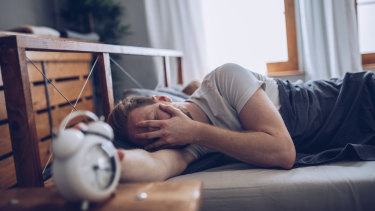 We can train our brain to cope with stress in ways other than to take on loads of alcohol or sugar.Credit:istock

The Queensland University of Technology researcher was involved in studies that found our brains often cope with stress and trauma through addictive behaviour such as smoking and over-consuming sugar and alcohol.

“People are just using alcohol and sugar as a medication, and I was like ‘I can’t keep designing a medication for a medication’,” explains Bartlett, “so basically now my lab looks at the capacity of using neuroplasticity – which is the ability of the brain to change itself – to help to reduce the impact of that stress and trauma on the brain … and [to] use the power of the brain to drive in healthy habits.”

Historically, scientists believed the brain's potential was fixed, and people were stuck with whatever we inherited. Advances in brain imaging technology have led to the understanding that our brains come wired in many ways but they also have the capacity for change.

You can physically change the brain by doing small things every day … how you wake up in the morning, what you eat, the exercise you do.

This means we can teach our brains to become more resilient by using the principles of neuroplasticity; and teach ourselves to take a healthy path to stress-management rather than relying on substances.

“There’s path A and path B,” she says, of stress-management. “Path B is the one where you’ll drink yourself stupid because it’s medication and it solves the problem in the short term (in the long-term it’s actually making your brain even more stressed) or we take path A which is simple but not easy.

“What are the things we can do to help people take path A? The first step is recognising there actually is a path A.” Path A involves recognising stress and making healthier decisions about how to cope.

Only when we start to become aware of our automatic, often unhealthy, responses to stress, can we start to rewire them. This is because creating even the most basic healthy change takes time and lacks the instant feedback and immediate rewards of alcohol or sugar or cigarettes.

“But you can actually physically change the brain by doing small things every day, like how you wake up in the morning, what you eat, the exercise that you do, sleep and water,” Bartlett says.

Sugar, for example, binds to our hypothalamus, which is responsible for appetite among other things, and inhibits the release of two peptides that make us feel full, ghrelin and leptin.

Prolonged over-consumption of sugar, Bartlett says, also acts on the emotional part of the brain, the amygdala, in a way that makes the brain more reactive to stress.

“It activates the bottom part of the brain to make it more wired to process stress at a higher rate … it makes you more anxious in the long-term,” she explains.

Understanding that our brains process negative over positive information, because they are wired to survive and watch for threat, also helps.

Exercise and putting pen to paper in the morning to write down whatever is on your mind, act as 'brain dumps'.

“Gratitude works, when you wake up in the morning, to set up your brain in a positive direction so it will now take in more positive information rather than negative information … that’s what it’s doing from a brain perspective,” Bartlett says. “It’s setting up the circuitry from the amygdala to the prefrontal cortex [which helps us to manage impulsive behaviour].”

Reducing her sugar intake and starting her day by thinking of three things she was grateful for were among the small changes Bartlett made when she was “super stressed out” raising children, experiencing a marriage breakdown and running an alcohol-and addiction-research institution at the University of California.

“Because I’ve been studying the brain for so long I recognised what was going on, so I started on the pathway of doing simple things every day,” says Bartlett.

After beginning her day with gratitude, Bartlett, who recently won her age group triathlon having only started running as a 48-year-old, “immediately” puts on her running gear to exercise.

Exercise and putting pen to paper in the morning to write down whatever is on your mind, act as “brain dumps”, she says.

“You can clear out all the craziness. The brain is a machine, it’s always thinking and [that's] not necessarily good,” she says. “So when you dump that the brain gets very good at being creative. Some people use yoga or meditation or swimming, I use running. There’s no ‘one thing’… it sets up your ability to go and do other things in a more effective manner.”

These simple changes have transformed her capacity to cope with stress, she says: “I’m the happiest I’ve been. I can still get triggered by things, because we all do, that’s life – money, children, jobs, stress – but I know how to handle it in a way that I’m in control of it whereas before I be waking up all night worrying.”

She adds: “The powerful thing I can help people with is the way they wake up every morning and that’s a fantastic place to start because the brain is such a machine you can then use the power of that machine to take you to a place that brings in the positive over the negative. By doing these little things, it’s basically … allowing the prefrontal cortex to engage more effectively than it did before.”