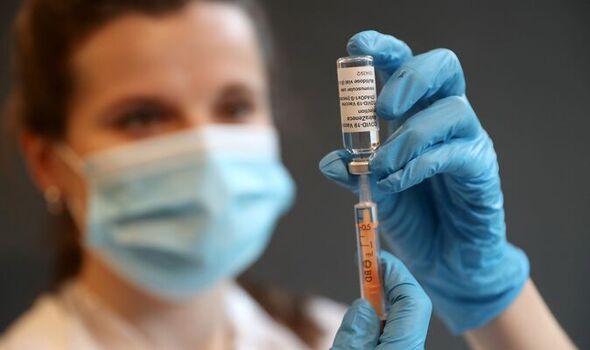 NHS staff received the earliest boosters last September and they will become eligible for fourth doses six months on. This will be followed by care home residents and those aged over 75. The majority of those who qualify are expected to be invited during April.

The top-up doses may come at a crucial time as scientists believe a recent increase in Covid cases and hospitalisations could be linked to waning immunity.

Some have called for the rollout of fourth jabs to begin sooner. But a spokesman said the NHS will follow the advice of the Joint Committee on Vaccination and Immunisation.

He added: “The NHS will vaccinate eligible people with a spring dose six months after their first booster, starting later this month for the small number eligible before April.”

Two million people – one in 25 – were thought to have been infected in England last week, said the Office for National Statistics.

In Scotland infections have risen for six weeks in a row with 299,900 people likely to have had coronavirus last week, the equivalent of one in 18.

This is the highest figure for Scotland since estimates began in autumn 2020. Wales and Northern Ireland also had jumps last week.

Third doses are also still being given and NHS England is calling forward 4,400 of the most vulnerable 12 to 15-year-olds.

Dr Nikki Kanani, deputy lead for the NHS Covid Vaccination Programme, said: “Every parent wants to do all they can to protect their little ones and keep them in school.

“But when a family has the added worry of what Covid could mean for a child who is seriously unwell, getting them their top-up boost as soon as they become eligible is vitally important.”