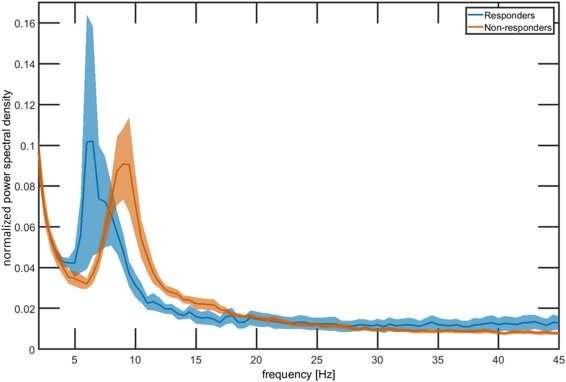 Using a non-invasive stimulation on the brain may be effective in reducing the frequency of visual hallucinations in blind patients, a new study has found.

A technique called “transcranial direct current stimulation” (tDCS) has been trialed on patients by researchers at Newcastle University and Kings College London, as part of the 18-month study.

The technique involves passing a weak electric current between electrodes placed on a person’s scalp and has been found to change activity levels in certain areas of the brain.

Previous research suggests that loss of information from the eyes results in increased spontaneous activity in the visual cortex, which contributes to the occurrence of visual hallucinations in Charles Bonnet Syndrome (CBS). The study aimed to use tDCS to reduce this activity and return it to normal levels.

Results from the study, which has been published in Ophthalmology, have shown that the stimulation may reduce the frequency of visual hallucinations in people with CBS, particularly individuals who have increased spontaneous activity levels in the visual parts of their brain.

“We don’t unfortunately have any good treatments for CBS and drugs which are typically used are often associated with significant side effects.

“We are excited by our initial findings that using a form of non-invasive brain stimulation, which was well tolerated and can be delivered in a person’s own home, may reduce the frequency of visual hallucinations for people with CBS.

“Our next steps are to conduct a larger, multicenter trial to prove whether this treatment is truly effective and can be used clinically.”

Dr. Dominic ffytche, from the Institute of Psychiatry at King’s College London, added, “CBS can be considered a normal response of the brain to loss of vision.

“Once you know what it is, most people don’t need specific treatment. But for those that do, this study provides the first glimpse of what treatment might look like in the future.

“It is not a cure—CBS did not stop completely for anyone—but by reducing how often hallucinations occur, the hope is we can shift CBS from a highly distressing and unpleasant experience to something that no longer troubles you.”

CBS hallucinations are experienced by up to half of all people with macular disease. They can be simple unformed flashes of light, colors or shapes, while many people also see geometrical grids and lattices.

Other people have reported seeing more complex visual experiences, including disembodied heads, small figures in elaborate costumes and snakes. Around one third of people with CBS report that hallucinations can be distressing and cause disruption to their daily lives.

In the study, 16 people diagnosed with CBS who have recurrent visual hallucinations received four consecutive days of active and placebo treatment, with non-invasive stimulation to the visual parts of the brain.