Stomach bloating warning: The easily overlooked dietary decision that could be to blame

Stomach bloating is the end result of too much gas filling up your gastrointestinal tract (GI). The GI tract is a series of hollow organs joined in a long, twisting tube from the mouth to the anus. You can usually remedy a puffy, stretched stomach by cutting out certain foods known to cause bloating.

Conversely, increasing your intake of certain foods can also help to expel gas.

For example, if your bloating is caused by constipation, adding more fibre to your diet may help to move things along, according to the NHS.

Research suggests there are some caveats to consider before eating a high-fibre diet, however.

According to findings published in the Clinical and Translational Gastroenterology, people who eat high fibre diets are more likely to experience bloating if their high fibre diet is protein-rich as compared to carbohydrate-rich. 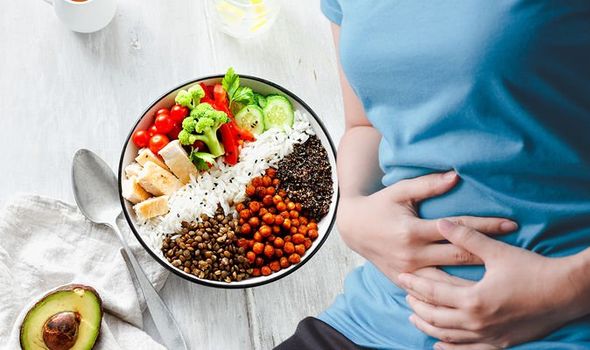 Researchers at the Johns Hopkins Bloomberg School of Public Health analysed data from a clinical trial of high fibre diets.

They determined that when the 164 trial participants ate versions of a heart-healthy, high-fibre diet that was relatively rich in plant protein, they were about 40 percent more likely to report bloating symptoms than when eating a carbohydrate-rich version of the same high fibre diet.

The study suggests that people who want to eat a high fibre diet would be less likely to experience bloating if the diet were relatively carb-rich as opposed to protein-rich.

High-fibre diets are believed to cause bloating by boosting certain populations of healthful fibre-digesting gut bacteria species, which produce gas as a byproduct.

The findings thus also hint at a role for “macronutrients” such as carbs and proteins in modifying the gut bacteria population – the microbiome.

The microbiome is the general term for the trillions of bacteria, viruses and fungi living in your body.

“It’s possible that in this study, the protein-rich version of the diet caused more bloating because it caused more of a healthy shift in the composition of the microbiome,” said study co-senior author Noel Mueller, PhD, an assistant professor in the Department of Epidemiology at the Bloomberg School.

He continued: “Notably, the protein in these diets was mostly from vegetable sources such as beans, legumes, and nuts.” 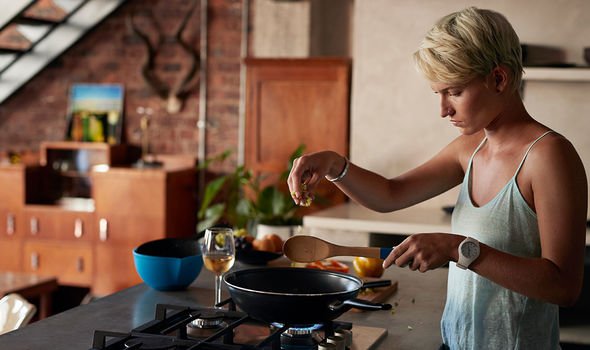 This is not the first discovery Mueller and his colleagues have made in relation to the dietary underpinnings of bloating.

Last year, Mueller and colleagues reported that salt appeared to be one such factor.

It was associated with more bloating in a trial of a heart-healthy, high-fibre diet, suggesting that cutting back on salt could be one easy way to reduce bloating.

The link to salt is not entirely clear but the researchers suggested water retention caused by salt intake may be a contributing factor. 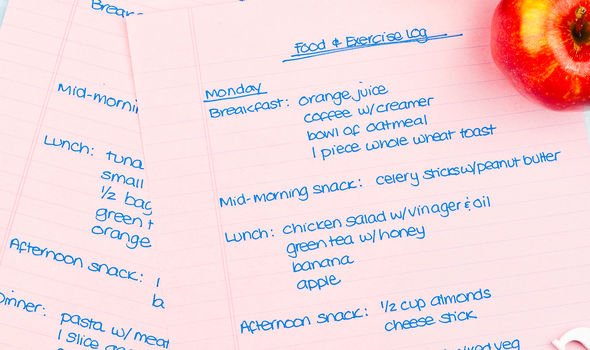 It is quite possible that a food intolerance could be triggering your bloating.

According to the NHS, food intolerance can lead to bloating when:

“The best approach if you have a food intolerance is to eat less of the problem food or cut it out completely,” advises the health body.

It also says to keep a food diary for a couple of weeks, noting everything that you eat and drink and when bloating troubles you most.