'Stress made my brain go "pop" and triggered a psychotic breakdown' 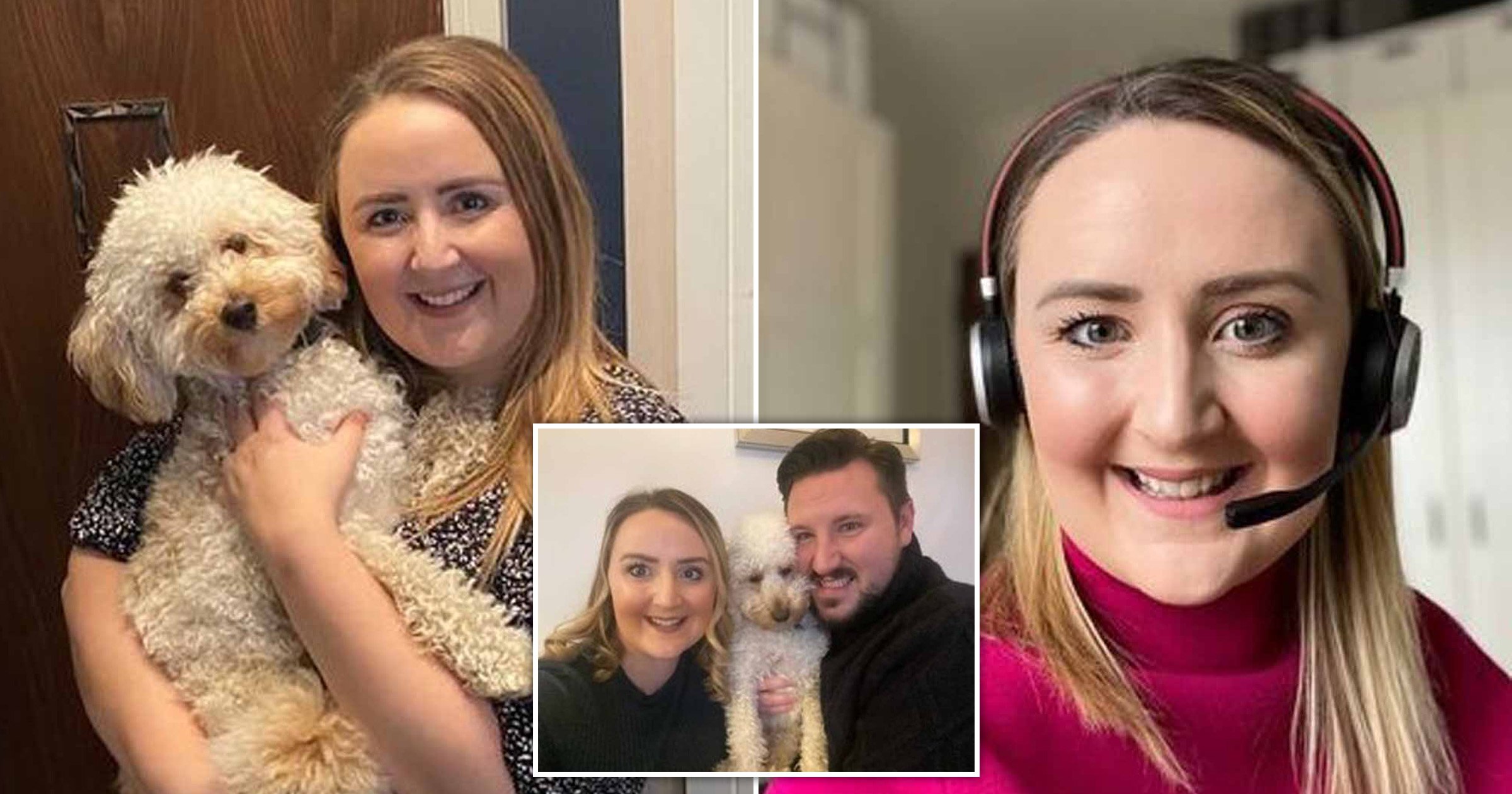 Working in the property department of a bank, Sarah Tait, 33, was used to the stress of being busy.

But when she attempted to juggle her job along with planning her wedding and buying a home, everything came crashing down.

The prolonged period of stress, coupled with a desire for everything to be perfect, triggered a psychotic breakdown and caused Sarah to have 20 panic attacks a day.

‘I cared about everything. All the really small details. There was no stone left unturned,” said Sarah, of Chelmsford, Essex.

‘I didn’t notice the pressure I was putting on myself. I’d always been organised and on top of things and a bit of a perfectionist.’

It was after her honeymoon in Italy that the constant churn of busyness was forced to pause, triggering a terrifying downward spiral for Sarah’s mental state.

But she ignored signs that something was wrong, continuing to throw herself into work.

That was until a Friday night in January 2019, when Sarah felt ‘a popping sensation’ in her brain. What followed was an episode of psychosis.

For five terrifying days, Sarah experienced delusions that she had won the lottery, that she had a brain tumour, and that she was in a coma.

Psychosis (also called a ‘psychotic experience’ or ‘psychotic episode’) is when you perceive or interpret reality in a very different way from people around you. You might be said to ‘lose touch’ with reality.

The most common types of psychotic experiences are hallucinations, delusions and disorganised thinking and speech.

Psychosis affects people in different ways. You might experience it once, have short episodes throughout your life, or live with it most of the time.

She lost the ability to express herself verbally, and had to write her husband messages on his phone or using a pen and paper.

‘My husband was watching football on the TV and I was convinced that the thicker banners around the bottom of the pitch were messages being sent to me to complete missions,’ said Sarah.

‘At one point I convinced myself I had breast cancer, another time a brain tumour. I even thought I was pregnant.

‘When I thought I was pregnant, I remember writing in his phone, “Make sure you save me not the baby”.

‘I was writing reams and reams. It was like I was trying to get everything out of my brain onto pieces of paper.

‘When you see a cloud in the sky and it looks a little bit like a face, you might say to the person next to you in the car, “Look at that cloud, it looks like a face”.

‘But a person with psychosis would truly believe it is a face, and that the face is chasing them and is going to harm them unless they do something to stop it.’

Sarah’s husband and mum were horrified, but thankfully made the right call by getting her to a psychiatrist.

She was given medication, which alleviated some of the most severe delusions, and diagnosed as having a psychotic episode.

But it took months of therapy and medication before Sarah was recovered – along with six months off work.

Inspired by her own experience to help others, in 2021 Sarah began training as a neuro-linguistic programming (NLP) coach – a type of coaching that focuses on how our behavioural traits affect our mental health.

‘I now realise I was really struggling with anxiety and stress and low self-esteem and I didn’t know how to articulate it,’ she said.

She still works at the bank – in a more senior role – but now gives talks and seminars to help others protect their mental wellbeing; along with raising awareness of the signs that a breakdown is looming.

‘There are a number of different things that can cause psychosis, like having a baby or drug use, but for me it was just stress and lack of sleep,’ explained Sarah.

‘My message is that it can happen to anybody, but also that it can be prevented by just checking in on yourself and having a good routine,

‘But I also believe, no matter what you go through you can grow through it.’

Questions to ask yourself about your mental wellbeing:

Sarah recommends asking yourself these questions to regularly check in with your mental state: