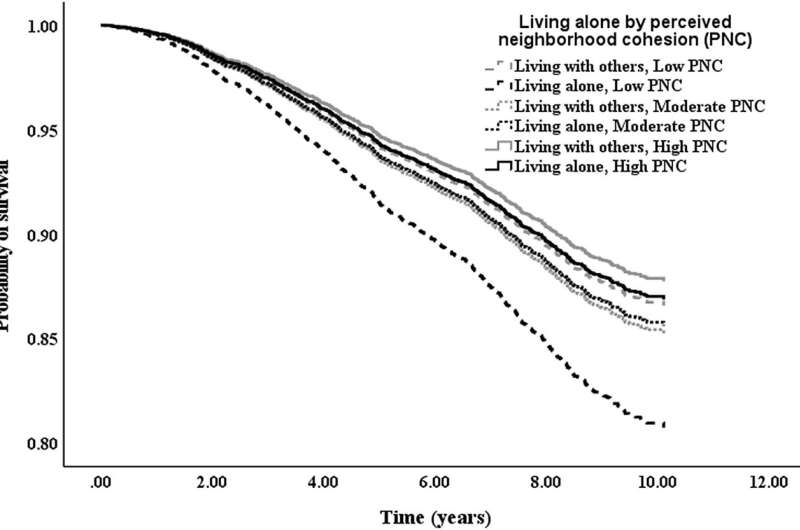 Strong neighborhood connections reduced the negative impact of living alone on the death rates of older Chinese Americans, according to Rutgers researchers.

The study, published in Social Science and Medicine, examined if neighborhood cohesion in Chinese Americans living in the greater Chicago area would reduce the impact of living alone on early death.

In the United States, about 27 percent of people ages 60 and older live alone, according to Pew Research Center. Living alone has been found to be associated with various poor health outcomes, such as depression, cardiovascular disease, dementia, poor biological health and premature death. Therefore, researchers found it important to identify which factors may help mitigate the negative effects of living alone.

Using data from the Population Study of Chinese Elderly in Chicago (PINE), the researchers examined whether the perception of trust and connection among neighbors had an impact on the risk of death in this population.

They found participants who lived alone and reported low interaction or connection with their neighbors had a 48.5 percent increased risk of death than their peers living with others, whereas participants who lived alone and reported strong cohesion with their neighborhood had a similar risk of death compared to those living with others.

With a clearer understanding of how different types of neighborhoods can affect the health of individuals, social policies and public health initiatives can be improved to create better neighborhood environments for promoting health of older adults, researchers said.

Researchers encourage future studies to examine other factors involved in neighborhoods and how they influence the health of older adults. Additionally, the public also can play a role in improving community health by reaching out and being kind to neighbors, particularly those who live alone.