Study finds flavors play a role in initiation, addiction to e-cigarette use 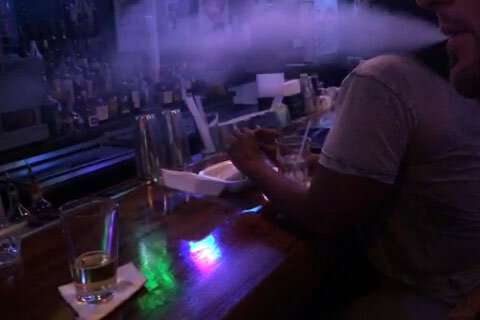 Flavors motivate individuals to start using electronic cigarettes (e-cigarettes) and are also associated with a stronger perception of being addicted to e-cigarettes, according to new research from the Tobacco Center for Regulatory Science of the American Heart Association, the leading voluntary health organization devoted to a world of longer, healthier lives.

Researchers surveyed about 1,500 U.S. e-cigarette users, aged 18 and older, to determine whether different types of flavors played a role in getting them to start and to continue vaping. Current users were defined as those who had used e-cigarettes within the previous week and for six months or longer and had used e-cigarettes on at least 20 occasions in their lifetime, regardless of whether they had smoked combustible cigarettes.

“Our findings add to the growing evidence that the components within e-cigarettes can have a major impact on why people start and continue to use these products—and that impact is even more significant in younger people,” said Rose Marie Robertson, M.D., a study co-author, American Heart Association Deputy Chief Science and Medical Officer and co-director of the Association’s Tobacco Center for Regulatory Science. “Regulations restricting flavors, including banning all flavored e-cigarettes, could help lessen the appeal of these products to youth and prevent them from starting an addictive and life-threatening tobacco habit.”

“This doesn’t make much sense when you realize that the many flavors being included in e-cigarettes have not been proven to be safe when heated and inhaled and some of the few that have been tested have clear damaging effects,” Robertson said.

People who used flavored e-cigarettes were nearly three-and-a-half times more likely to say they were addicted to these products compared to those who did not use flavors.

Other findings from the study include:

“These findings are especially disturbing when you consider the many kid-friendly flavor options that entice younger users to first try e-cigarettes and the high levels of nicotine available in the most popular e-cigarettes that now fuel addiction to these products,” said Robyn L. Landry, APR, lead author of the study, American Heart Association Executive Vice President of Strategy Integration and a co-investigator with the Association’s Tobacco Center for Regulatory Science. “On top of that, the images on e-cigarette packaging often mimic kids’ candy products, sodas or cereals, with similar names to match. We know nearly 90 percent of smokers first try a tobacco product by age 18. But if people don’t start using tobacco by age 26, they’re likely to never start. We need to address the aspects like flavors that can attract young people to take that first step to using e-cigarettes.”