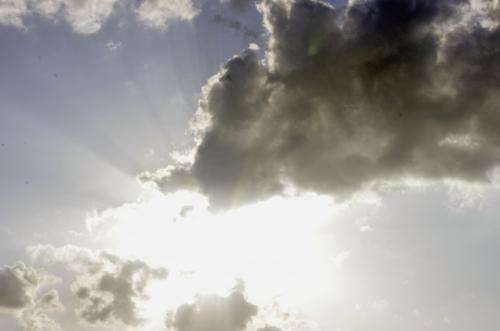 Living in sunny locations and spending time outdoors may raise the risk for skin cancer, but a new study led by UC San Francisco and the Australian National University shows that in children and young adults, sun exposure may protect against multiple sclerosis. The study follows previous work by other researchers that has demonstrated an association between increased ultraviolet exposure in childhood and lower odds of adult MS.

The study included 332 participants aged between 3 to 22, who had had MS for an average of seven months. Their locations and amount of sun exposure were matched by age and sex to 534 participants without MS, the researchers reported in their study, which publishes in the online issue of Neurology, the journal of the American Academy of Neurology, on Dec. 8, 2021.

In questionnaires filled in by participants with MS or their parents, 19 percent stated that they spent less than 30 minutes daily outdoors during the previous summer, compared to 6 percent of those who did not have MS. When the researchers adjusted for MS risks, like smoking and female sex, they found that the participants who spent an average of 30 minutes to one hour outdoors daily had a 52 percent lower chance of MS, compared to those who spent an average of less than 30 minutes outdoors daily.

“Sun exposure is known to boost vitamin D levels,” said co-senior author Emmanuelle Waubant, MD, Ph.D., professor in the UCSF Department of Neurology and of the Weill Institute for Neurosciences. “It also stimulates immune cells in the skin that have a protective role in diseases such as MS. Vitamin D may also change the biological function of the immune cells and, as such, play a role in protecting against autoimmune diseases.”

While MS usually strikes adults between the ages of 20 to 50, some 3 to 5 percent of the approximately one million patients in the United States with the condition begin experiencing symptoms in childhood. Pediatric-onset MS is initially highly inflammatory, but takes longer than adults to advance, with symptoms of secondary progression, such as moderate to severe weakness, poor coordination and bowel and bladder control, occurring on average 28 years after disease onset, according to experts. However, these disability landmarks are reached approximately 10 years earlier than in adult MS.

The researchers also found an association with the intensity of sunlight and estimated that residents of Florida would be 21 percent less likely than residents of New York to have MS. They noted that sun exposure was “dose-dependent,” the longer the exposure the lower the risk. And even exposure in the first year of life seemed to protect against MS, they said.

Fortunately, the use of sunscreen does not appear to lessen the therapeutic effects of sunlight in warding off MS, noted Waubant, who is also director of the UCSF Regional Pediatric Multiple Sclerosis Center. Clinical trials are needed to determine if “increasing sun exposure or vitamin D supplementation can prevent the development of MS or alter disease course post-diagnosis,” she said. Meanwhile, “advising regular time in the sun of at least 30 minutes daily especially during summer, using sun protection as needed, especially for first degree relatives of MS patients, may be a worthwhile intervention to reduce the incidence of MS.”

Limited sun exposure and/or low levels of vitamin D have been associated with other conditions. These include Parkinson’s disease, Alzheimer’s and other types of dementia, as well as schizophrenia and other auto-immune diseases like Type 1 diabetes, Crohn’s disease and lupus.