Taking to the treadmill can ease period pain 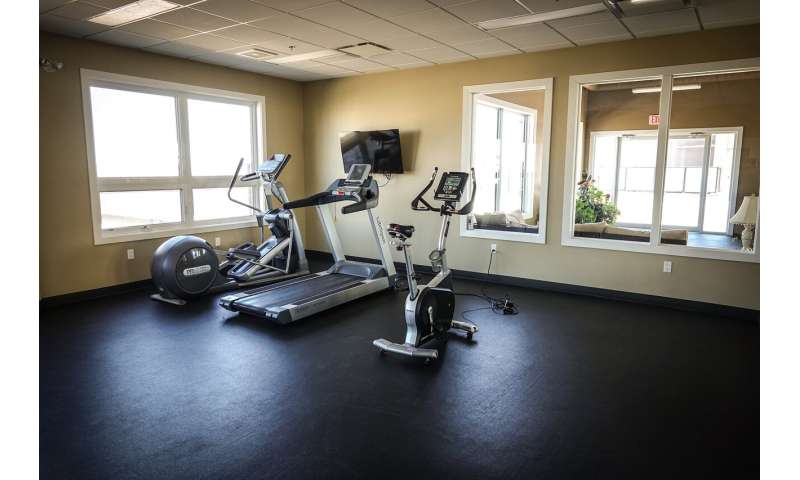 A treadmill exercise regime can reduce period pain and improve long-term quality of life, according to a new study published in the journal Contemporary Clinical Trials.

Women aged between 18 and 43 were asked to take part in a supervised aerobic training regime three times a week for four weeks, beginning the day after the end of their menstrual period, followed by unsupervised home exercise for six months. Their results were compared with a control group, who carried out their usual regimes.

The study found that the women who took part in the supervised exercise reported 6% less pain after four weeks and 22% less pain with continuing the exercise for an additional six months. Significant benefits of exercise were reported after the seven-month reporting period for other study measures, including higher quality of life and improved daily functioning. However, the participants did not report any increase in sleep quality following the trial.

The study is the first of its kind to examine the effect of treadmill exercise on measures such as pain intensity, sleep quality and overall quality of life.

Dr. Leica Claydon-Mueller, Senior Lecturer at Anglia Ruskin University (ARU), said: “Women who have painful periods often take steps to actively avoid exercise—after all when you are in pain it is often the last thing that you want to partake in.

“However, this trial demonstrated that exercise significantly reduced pain for those people taking part in the programme, and they also reported reduced pain levels after four and seven months.”

Dr. Priya Kannan, of Hong Kong Polytechnic University, added: “The improvements in quality of life scores after seven months were noteworthy, although it was perhaps surprising that there was no significant difference in sleep quality to that of the control group.