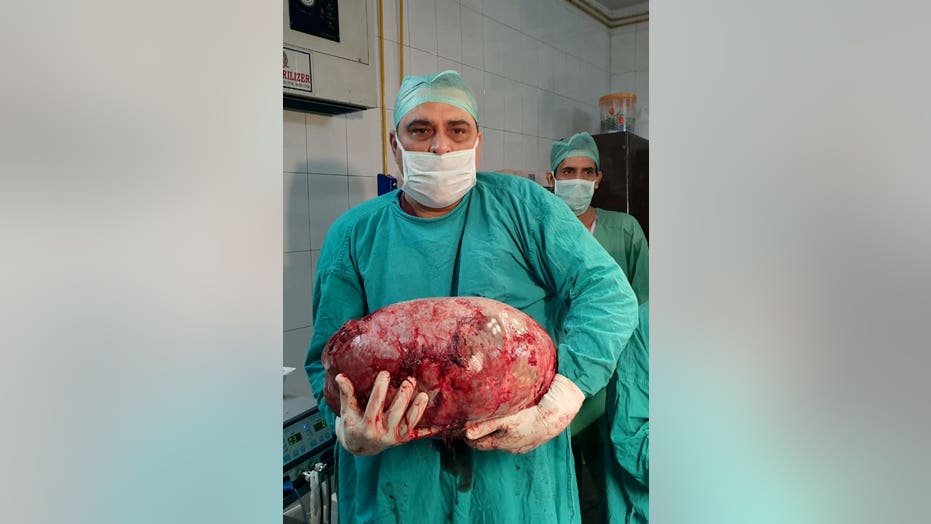 A 16-year-old patient who complained of pain and missed menstrual cycles had a 33-pound cyst removed from her abdomen last week. The patient, who was not identified in media reports, was treated at Sarin Hospital in Punjab, India, according to SWNS. 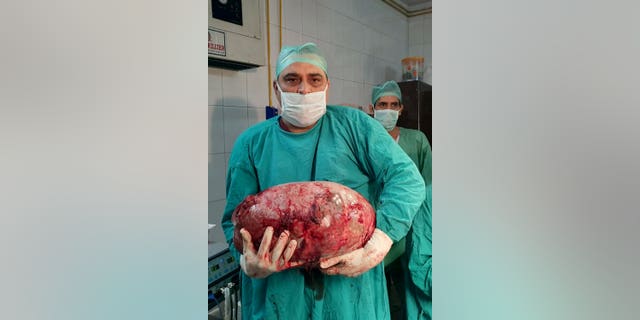 The colossal cyst was removed from a inside a 16-year-old’s abdomen by doctors in India.

Her father, Ravidarpal Singh, said the teen has been given a “new life,” and that the growth was not cancerous.

Photos from after the surgery showed surgeons cradling the massive cyst, which looks to be the size of a watermelon. It wasn’t clear what kind of medication she had been prescribed for her pain prior to the surgery, or if she had presented any other symptoms, but SWNS reported that doctors were baffled when they discovered the massive cyst.

Ovarian cysts are fluid-filled sacs or pockets in an ovary or on its surface, and while many women develop them at some point, most present little or no discomfort and are harmless, typically disappearing on their own within a few months. But larger ovarian cysts, like the one found in this 16-year-old patient, can cause pelvic pain, fullness or heaviness in the abdomen or bloating, according to the Mayo Clinic.

Last week, a writer spoke of her desire to lead a more active lifestyle after she had a 15-inch cyst removed from her abdomen. Layla Cummins said the cyst left her looking pregnant, and that while it wasn’t painful it had caused her to feel fatigued and she lost her appetite. Doctors removed her right ovary and fallopian tube, which had been damaged due to the weight of the growth.