A Texas newborn who contracted the novel coronavirus while in her mother’s womb is believed to be the first such case in the U.S., according to multiple reports.

Parkland hospital administrators in Dallas told local news outlet Fox 4 that this is the hospital's first delivery where the baby was infected before she was born. Within days of delivery, the infant showed symptoms, including fever and respiratory issues, they added.

HEALTH CARE WORKERS WITH CORONAVIRUS GRAPPLE WITH EMOTIONAL TOLL OF DISEASE: 'THERE IS A SENSE OF HELPLESSNESS'

The baby’s mother, Wendy Figueroa, had COVID-19 when she gave birth to her daughter, Alexa, on May 2, according to several reports. Baby Alexa was born six weeks premature and subsequently tested positive for COVID-19.

“We present a preterm infant who developed a fever and mild respiratory disease on the second day of life. Infant severe acute respiratory syndrome coronavirus 2 (SARS-CoV-2) nasopharyngeal testing was positive at 24 and 48 hours of life," the Parkland physicians said in July of the COVID-19 positive newborn case in The Pediatric Infectious Disease Journal.

The baby was taken to a designated NICU for infected newborns, while her mother was in the COVID-19 unit. The two were separated for 20 days, according to multiple news outlets.

“We immediately separated the baby from [her] mother. Mom was wearing a mask during delivery to reduce transmission,” Dr. Mamarambath Jaleel, the director of Parkland Neonatal ICU, told media outlet WFAA.

“I could not see my daughter. They took her from me. I could only see her from far away. I could not hold her. I cried,” Figueroa told the news outlet, which also reported that Parkland officials gave Figuero an iPad that was set up on Alexa’s incubator so the mother could watch over her baby.

More than 170 mothers who tested positive for novel coronavirus have delivered babies at the hospital, and only six of those babies have tested positive. But only Alexa fell ill, according to multiple reports. 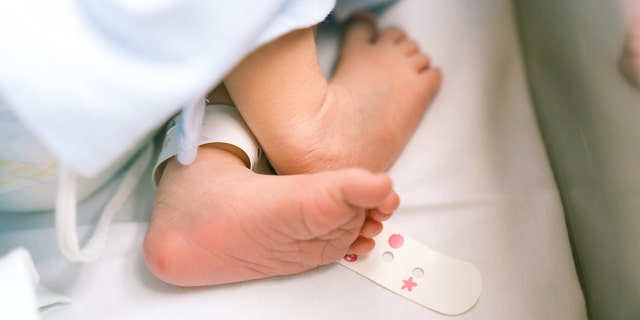 Figueroa and her baby are reportedly both doing well.
(iStock)

In Alexa’s case, the virus was detected in Figueroa’s placenta, which delivers oxygen and nutrients to a growing baby, Fox 4 reported.

“We literally had to hold on to placenta until we were able to get a hold of a lab [that] was able to get a test to test placentas,” Marjorie Quint-Bouzid, senior vice president of nursing for Women’s Infant Specialty Health, told Fox 4.

“Having the testing positive of the placenta, the most likely explanation was the transmission of infection was when the baby was in the mother’s womb,” Jaleel added to WFAA.

Figueroa and her baby are both reportedly doing well. The mother recently recalled the moment she first held her baby after nearly three weeks.

“When I held my daughter for the first time at that moment nothing else mattered,” Figueroa said, according to one report.

WHY CORONAVIRUS OCCURS LESS IN CHILDREN THAN ADULTS, ACCORDING TO NEW STUDY

At this time, medical officials are unsure what the long term effects on the baby will be, but Alexa will continue to be monitored, Jaleel told Fox 4.

“Further understanding of the risk factors that lead to in utero transmission of SARS-CoV-2 infection is needed," added the authors of the report in The Pediatric Infectious Disease Journal.