The girl whose head constantly bobs

The girl who is constantly NODDING: Doctors release video of five-year-old with bizarre ‘bobble-head doll syndrome’ triggered by a cyst in her brain

A five-year old girl was left nodding her head non-stop for two years because of a rare brain condition.

The unnamed child, from India, was diagnosed with ‘bobble-head doll syndrome’, a phenomenon triggered by a growth in her brain.

A cyst was found to be putting pressure on nerves inside her brain and causing the tremor which went untreated for years.

It left her uncontrollably nodding her head. Doctors released footage of her bizarre condition, showing her head bobbing.

Surgeons carefully drained the cyst and, six weeks later, the girl’s tremor became less regular and not as pronounced. 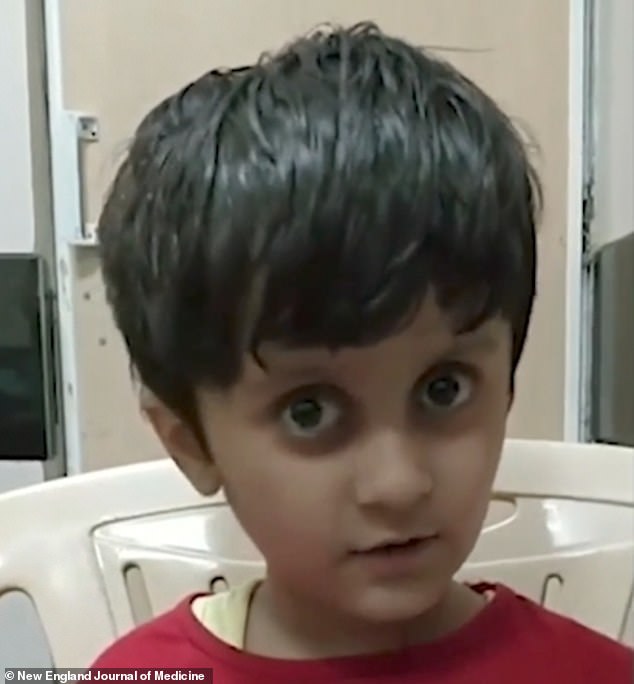 Doctors revealed the girl’s plight in a case report in the New England Journal of Medicine.

From the All India Institute of Medical Sciences, in New Delhi, neurological doctors examined the girl and noted her mental state was not affected.

They said she had ‘continuous, rhythmic, anteroposterior [front-to-back] head-bobbing movements’.

Bobble-head doll syndrome (BHDS) is rare and tends to develop in young children – it is unclear how many children develop the disorder.

The girl’s nodding became less severe when she was doing something else, such as talking, the doctors said, and also stopped when she was sleeping. 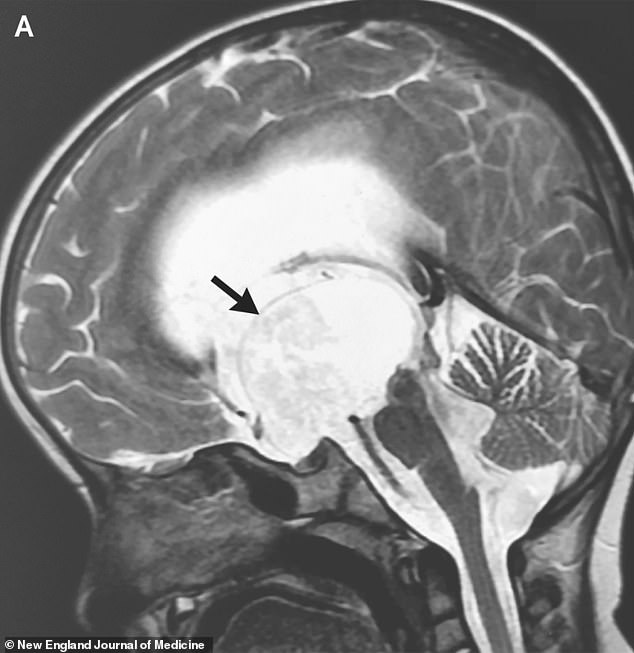 Her BHDS was found to have been caused by a cyst obstructing one of the brain’s ventricles – a part of the organ filled with spinal fluid.

A cyst can grow to put pressure on nerves in the brain which control movement, and cause them not to work properly and, in this case, cause a tremor.

The tremor got worse over time as the cyst grew and the neurosurgeons said the girl had a ‘two-year history of excessive head nodding’.

She was likely born with the cyst, the diagnosis suggested, and doctors operated to drain it and relieve pressure on her brain.

‘At follow-up six weeks after the procedure, she had partial resolution of her symptoms,’ the doctors wrote, ‘with a reduction in both the frequency and intensity of head movements.’

WHAT IS BOBBLE-HEAD DOLL SYNDROME?

Bobble-head doll syndrome (BHDS) is a rare movement disorder which is characterised by a child bobbing their head uncontrollably.

The movements usually stop or are reduced when the patient is concentrating on something else or when they are sleeping.

The syndrome is a tremor associated with pressure on the nerves in the brain.

Produced by a mass in the brain, such as a cyst or a tumour, the tremor is caused when the growth presses on nerves which carry signals controlling muscle movement.

This pressure can mean the nerves don’t work properly, causing muscles to spasm, and the head to move continuously.

The condition is most often seen in young children but it’s unclear how common it is.

Doctors can treat the disorder by draining the cyst, which should relieve symptoms.