Reducing, reusing and recycling are on everyone’s minds, including big businesses such as Starbucks, McDonald’s, Heinz and more. In fact, just recently, Starbucks announced the finalists in the NextGen Cup Consortium and Challenge — the finalists who would help the retailer produce more eco-friendly, sustainable cups. And a few days ago, Amazon launched Amazon Day — a way for Prime members to choose a specific day to receive all packages at once, thereby helping to reduce the amount of shipping materials used and reduce waste. Now we can add Trader Joe’s to the list of environmentally-conscious retailers, as the grocery chain has announced its plan to reduce plastic and other packaging waste.

According to SF Gate, Trader Joe’s announced the news via the February edition of its Fearless Flyer.

Per usual, the Fearless Flyer lists all of Trader Joe’s “fascinatingly fantastic finds” for the month. In February, that included an almond cashew macadamia beverage, French fromage slices, rose oil hand cream and Joe-Joe’s Slims, among other products. But tucked away was a “not-so-confidential memo” to its customers stating that due to customer criticism and feedback regarding the retailer’s “overuse of packaging” in the produce section, they will cease offering single-use plastic carryout bags in stores nationwide. 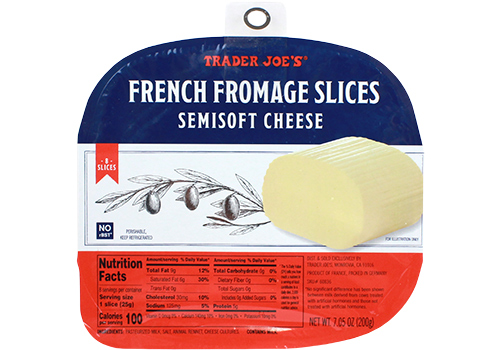 “As we fulfill these steps in 2019, on an annual basis, we are eliminating more than one million pounds of plastic from our stores,” the Trader Joe’s flyer reads. “Thank you; we’re listening.”

In the midst of taking steps to reduce waste, Trader Joe’s is also experiencing rapid growth.

Trader Joe’s is surprisingly only in 41 states and the District of Columbia, but give it time; TJ’s isn’t slowing down anytime soon.