Type A vs. O: Does blood type influence stroke risk? 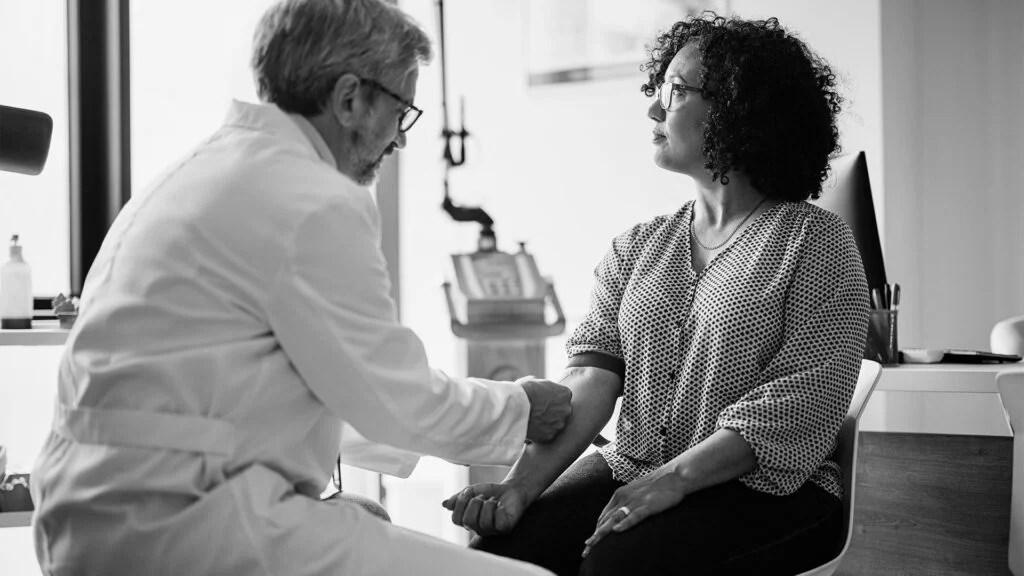 Strokes are medical emergencies that cause damage to brain tissue. One of the most common types of stroke is an ischemic stroke where the blood supply to the brain is cut off.

However, people can work to reduce stroke risk by controlling modifiable risk factors like high blood pressure and heart disease.

How serious are strokes?

A stroke is a specific event that damages the brain or causes the death of brain tissue. The most common type of stroke is ischemic stroke. Ischemic strokes happen when something, such as a blood clot, blocks the blood supply to the brain. Without an adequate blood supply, the brain can’t get the oxygen it needs, and brain cells die because of the lack of oxygen.

The brain controls the rest of the body, so damage to it can cause long-term consequences. For example, people can experience memory loss, blindness, or communication problems after a stroke. They may also have paralysis on the side of the body opposite the side of the brain affected by the stroke.

In this study, experts looked at blood type and its associated risk of early onset ischemic stroke (EOS). Early onset strokes are strokes that happen in people before age sixty.

Including everything in the analysis, the greatest association for stroke risk had to do with blood types A and O.

This risk for stroke could be related to an increased risk for blood clots to form among people with type A blood.

Dr. Braxton D. Mitchell, study author and professor at the Departments of Medicine and Epidemiology and Public Health from the University of Maryland, noted the following highlights of the study to Medical News Today:

This study was limited in a few ways. First of all, the study mainly included participants of European descent. This implies that more diverse follow-up is needed.

The study could also not determine the cause of this link between blood groups and stroke, so further data collection can focus on causal factors rather than association.

Finally, the sample size was still limited, limiting the researchers’ ability to look at unique subtypes and more detailed factors. Regardless, the study is a warning that many people can experience a stroke, and this knowledge should lead to addressing modifiable risk factors for stroke.

How to reduce your stroke risk

While people cannot change their blood type, there are other stroke risk factors that people can control to help reduce their risk. For example, high blood pressure, diabetes mellitus, high cholesterol levels, smoking, and obesity are all risk factors for stroke.

People can take steps to modify these risk factors and thus reduce stroke risk even if they have a blood type that may be more susceptible to stroke.

For example, people can follow healthy dietary recommendations and exercise regularly to help reduce stroke risk. People can be in close contact with their doctors and other medical professionals to push themselves toward a healthy lifestyle and address potential health problems.

Dr. Adi Iyer, a neurosurgeon of Pacific Neuroscience Institute at Providence Saint John’s Health Center in Santa Monica, CA, who was not involved in the study, explained to MNT:

“If someone has an irregular heartbeat, it’s critical to see a physician immediately, as certain heart conditions can increase the chance of having a stroke.”

“Damage from a stroke can include weakness, numbness, speech difficulties, and even blindness. ..The best way to prevent a stroke is to not smoke cigarettes, exercise regularly, and eat healthy.”
— Dr. Adi Iyer

Dr. Sandra Narayanan, board certified vascular neurologist and neuro-interventional surgeon at Pacific Stroke & Neurovascular Center at Pacific Neuroscience Institute in Santa Monica, CA, who was not involved in the study, said that the findings served as a reminder that “[b]eing identified as having a riskier genetic profile for stroke may potentially serve as a positive impetus for lifestyle change, as well as initiate the conversation regarding medications or other strategies to reduce arterial or venous thrombosis.”

Dr. Narayan also shared with MNT some strategies to prevent first-time strokes and reduce the risk of them recurring, and said “up to 80% of strokes” could be prevented with the following lifestyle changes:

“This study adds to our body of knowledge on nonmodifiable risk factors for cerebrovascular disease. [H]ealthy lifestyle interventions can accomplish much to prevent cerebrovascular disease from occurring or progressing. Start early. 10-15% of strokes occur in adults [younger than] 50 years of age.”
— Dr. Sandra Narayanan