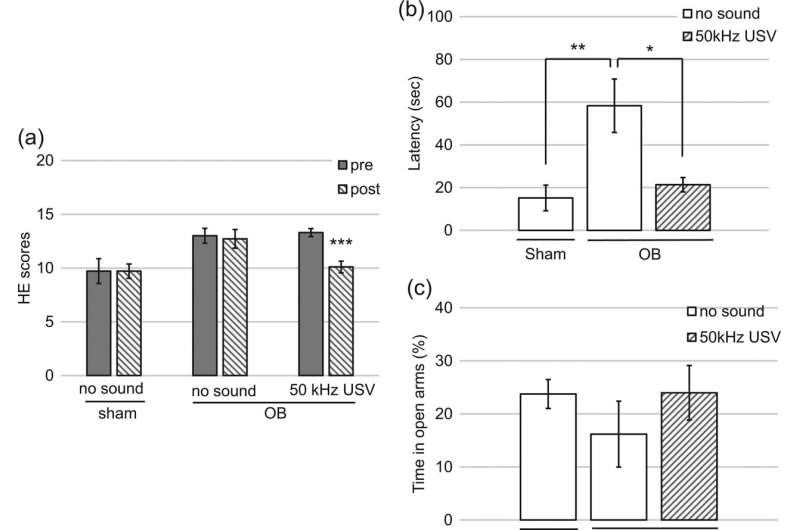 It is well known that whole-body exposure to high frequency ultrasound increases brain activity in humans. However, little is known about its impact and associated mechanisms on emotional states like depression. Now, a team of researchers at Tokyo University of Science have recently demonstrated the anti-depressant effects of ultrasound exposure in a rodent model of depression. Their findings shed light on the potential of ultrasound exposure as a non-invasive treatment for mental disorders.

The effect of ultrasound waves on the function of the human brain has been the key focus of recent research, which has indicated its potential as an effective, non-invasive approach for the modulation of brain activity. While the effects of ultrasound exposure on consciousness and cognition have been extensively explored, little is known about its impact on emotional states such as depression. To add to it, there are limitations in our understanding of neural and molecular mechanisms that underpin emotions.

To this end, a team of researchers led by Professor Akiyoshi Saitoh, including Professor Satoru Miyazaki, Assistant Professor Daisuke Yamada and Ms. Tsugumi Yamauchi from Tokyo University of Science, and Mr. Shoichi Nishino from FUJIMIC, Inc., delved deeper into understanding the effects of ultrasound exposure on depression, by conducting experiments on rats lacking olfactory lobes―organs that regulate neurotransmission. These “olfactory bulbectomized (OB)” rats undergo changes in neurotransmitters, endocrine secretions, and behavior, which are similar to those observed in humans with depression.

Giving further insights into their study, Prof. Saitoh said, “Since studies on ultrasound exposure have been primarily conducted on human subjects, we needed to establish robust animal models to elucidate underlying mechanisms using invasive techniques. In our current study, we have used OB rats to study the effects of ultrasound on neural activity and behavior.” Their study, published in NeuroReport on July 6, 2022, is the first of its kind to demonstrate potential anti-depressant effects of ultrasound exposure in rats.

Initially, the team exposed wild type and OB rats to USV for 24 hours, following which they scored them for “hyperemotionality” (agitation and anxiety-like behavior) by studying their responses to getting attacked, getting startled, facing a struggle, and initiating a fight.

Next, they monitored plasma corticosterone (a hormone that is released in response to stress) levels in the blood samples of these rats. In addition, the team assessed anxiety-like behavior of the rodents using the elevated plus maze (EPM)―an approach which triggers behavioral anxiety in rats by exposing them to open spaces in a maze, and causes them to move to closed spaces.

Their findings revealed that OB rats exposed to USV had significantly lower hyperemotionality scores and lower plasma corticosterone levels than unexposed rats. Furthermore, in OB rats with a higher latency initially, i.e., higher inclination to reach the open areas of the maze, ultrasound exposure significantly decreased their latency. Similar effects were observed with a 50-kHz ultrasound frequency which was generated artificially.