Visitors tiptoe through the tulips in Dutch virus test 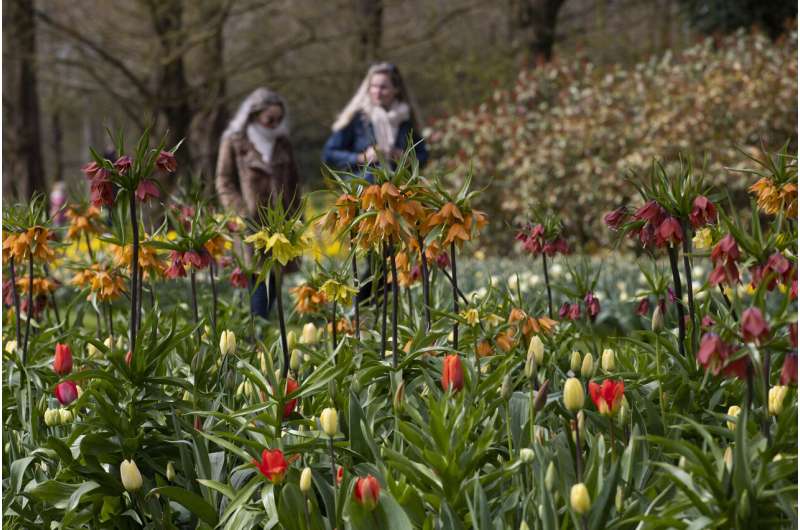 Finally, after bleak winter months of a coronavirus lockdown, springtime shoots of hope emerged Friday as restrictions were relaxed at a Dutch flower garden and other public venues.

Under a government-approved pilot scheme, the world-famous Keukenhof garden opened its gates to let a few thousand people tiptoe through the 7 million tulips, hyacinths, daffodils and myriad other flowers meticulously hand-planted throughout its manicured lawns by a small army of gardeners.

A maximum of 5,000 visitors were allowed into the garden, nestled amid the pancake flat bulb fields between Amsterdam and The Hague, if they could show proof that they had just tested negative for COVID-19.

Minke Kleinen, who visited the central city of Arnhem with her friend Ilse van Egten, said it felt like their “first legal day out.” The friends took rapid tests before setting off and got their negative results by email as they drove.

“It feels strange that we can stand next to one another,” said Van Egten, giving Kleinen a quick hug. “It’s nice!”

The Keukenhof lost an entire season last year to the pandemic as the first deadly wave of infections swept over the Netherlands. Its scheduled March 20 opening this year never happened because of the country’s strict virus lockdown. 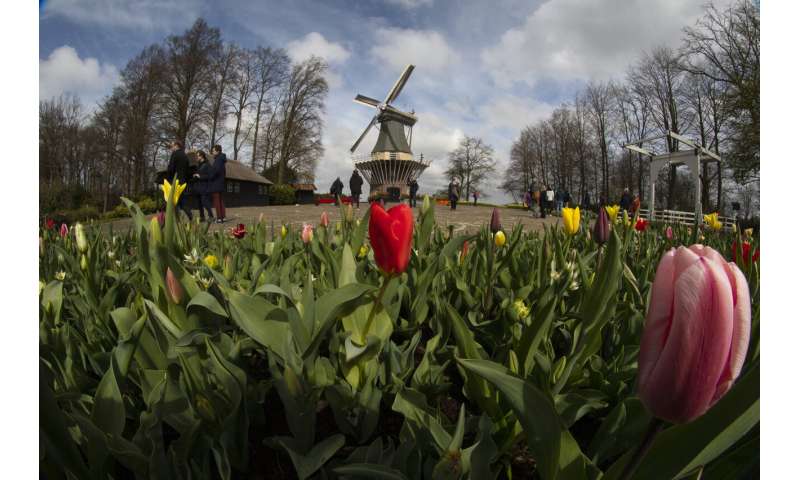 The limited opening—six days spread over two weeks in April—is welcome to the 40 gardeners who spend months preparing for the annual spring season. In a normal year, the garden the size of 50 soccer fields can accommodate 10 times as many visitors each day.

“Of course, happy today. It’s the first day of Keukenhof 2021,” he said, but added that the park still felt different with such a relatively small number of visitors.

“So it’s a good feeling that we can open, but this is not Keukenhof as it’s supposed to be,” he said.

In pre-pandemic years, Keukenhof’s paths, park benches and cafes are crowded with visitors from around the world taking photos and selfies with one of the Netherlands’ most iconic products—the tulip.

On Friday, small groups of visitors were scattered around the lawns. You could get a plate of poffertjes—a Dutch treat of tiny pancakes covered in icing sugar—without having to wait in a long line. 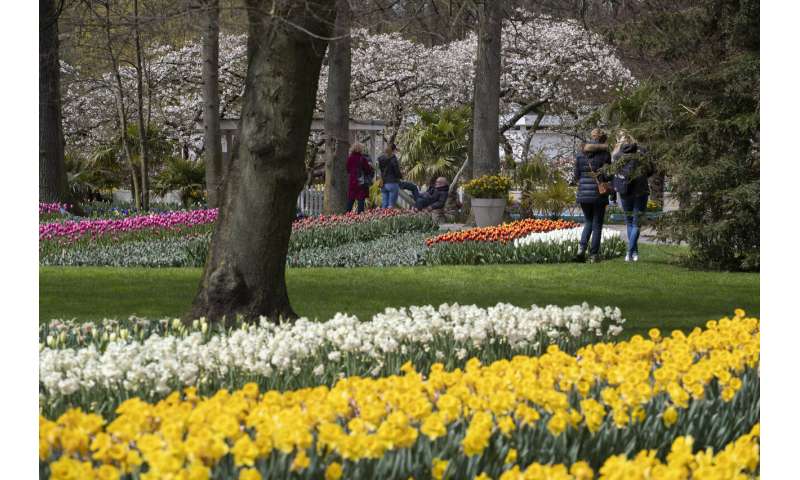 The Dutch government announced this week that hundreds of public venues would be allowed to reopen under strict conditions to evaluate whether rapid testing can safely help the country ease coronavirus restrictions amid rising levels of vaccinations and warmer weather.

Under the scheme, visitors to the Keukenhof—as well as museums, zoos and other venues—are allowed entry if they order a ticket online and get a negative virus test within 40 hours of their visit. All virus tests are free and a result is emailed within an hour to the tested person. That code, in turn, can be scanned at venues.

The tests come against a backdrop of stubbornly high infections that have begun edging lower in the past week after months of lockdown.

Health Minister Hugo de Jonge sees the limited openings as a way of easing back toward normal life as vaccinations reach more and more people. 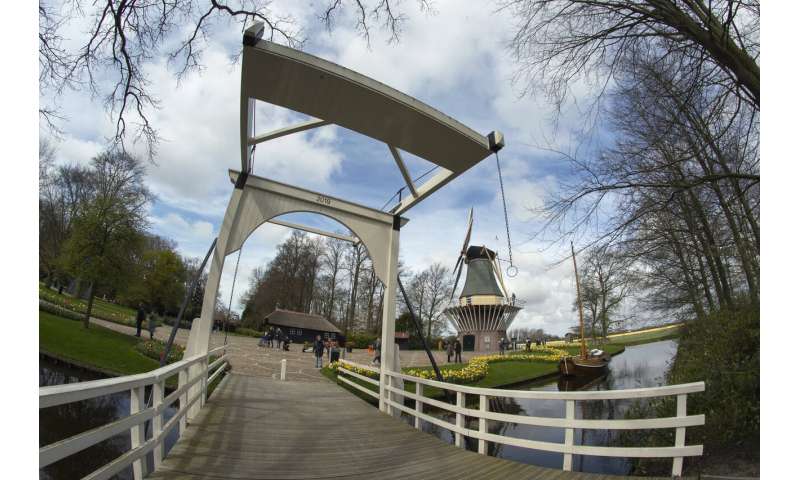 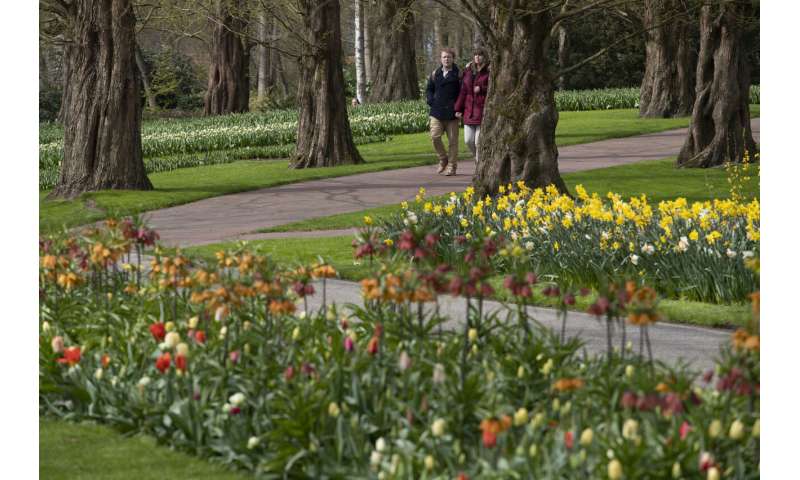 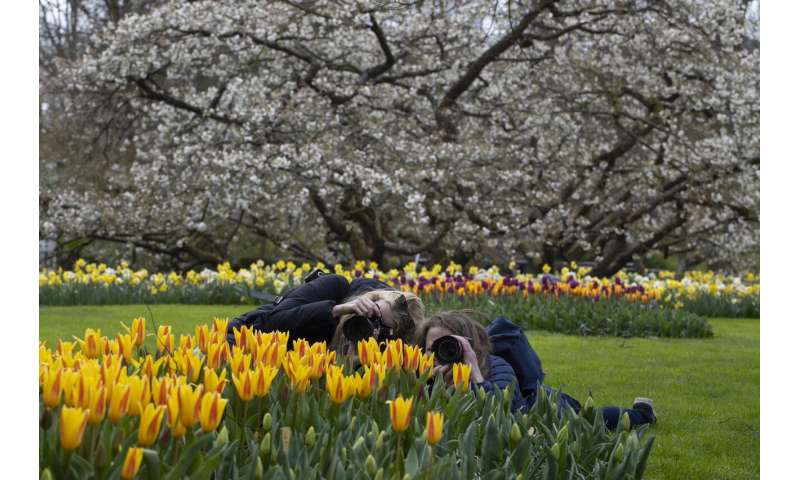 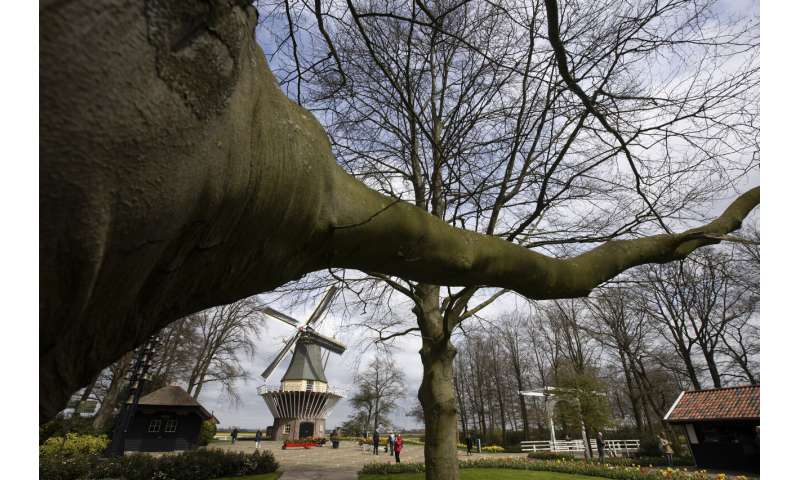 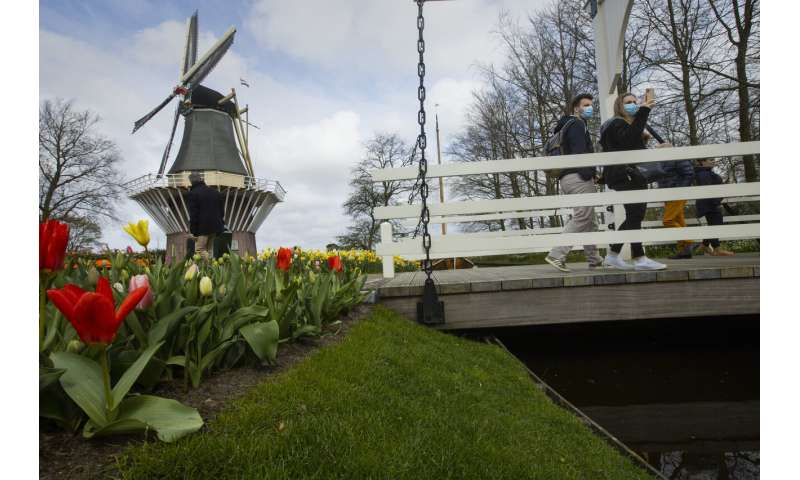 Visiting the Keukenhof felt like a privilege for those who got in.