Why are black women at higher risk of dying from pregnancy complications? 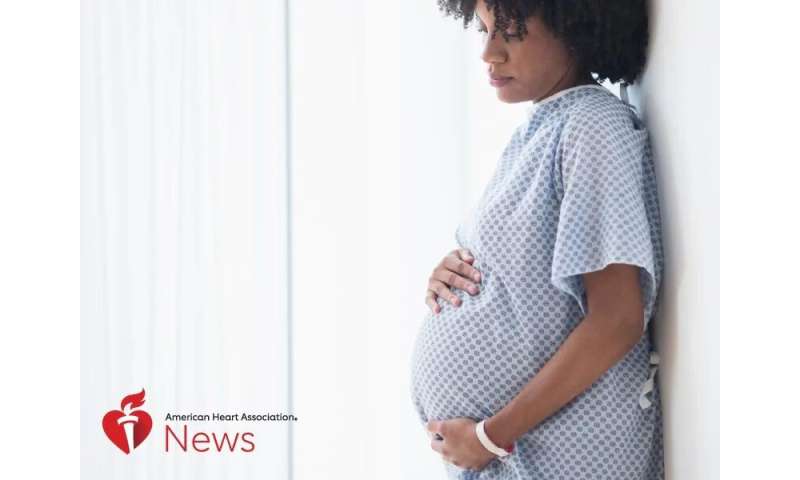 Serena Williams and Beyoncé are at the top of their professions. Williams is one of the best tennis players, and arguably athletes, of all time. Beyoncé is a singer who sells out arenas within hours.

But last year, they shared similar stories: Each experienced life-threatening complications in their pregnancies.

In that one way, these two superstars are just like millions of other black women in the United States.

Black women are three to four times more likely to die from pregnancy-related causes than white women, according to the Centers for Disease Control and Prevention. It’s partly why the overall rate of pregnancy-related deaths has climbed over the past two decades, making the maternal mortality rate in the United States the worst in any industrialized country, according to a 2016 analysis published in the journal The Lancet.

“It’s basically a public health and human rights emergency because it’s been estimated that a significant portion of these deaths could be prevented,” said Dr. Ana Langer, director of the Women and Health Initiative at the Harvard T.H. Chan School of Public Health in Boston.

The reasons behind the racial disparities are many and complex, she said. Lack of access and poor quality of care are leadings factors, particularly among women at lower socioeconomic levels.

But there’s a bigger problem, Langer said. “Basically, black women are undervalued. They are not monitored as carefully as white women are. When they do present with symptoms, they are often dismissed.”

That’s what happened to Williams when she experienced a pulmonary embolism a day after giving birth to her daughter via cesarean section. Williams was gasping for breath and recognized that blood clots were blocking one or more of the arteries in her lungs.

“Because of my medical history with this problem, I live in fear of this situation,” she wrote in an essay about the issue last February. “So, when I fell short of breath, I didn’t wait a second to alert the nurses.”

But medical employees initially dismissed her concerns, wasting crucial time before her diagnosis and the treatment she specifically requested.

Williams’ story illustrates the biggest problem facing black women, even when they are successful and affluent, said Dr. Allison Bryant Mantha, vice chair of quality, equity and safety in the obstetrics and gynecology department of Massachusetts General Hospital in Boston.

“Racism affects so many things before the patient even gets to the clinical encounter,” she said. “Both implicit bias and structural racism affect how women are cared for in the health care system.”

The cards are stacked against them once they enter that system, she said, pointing to the report, “Unequal Treatment: Confronting Racial and Ethnic Disparities in Health Care,” published by a division of the National Academy of Sciences.

The report’s researchers found that, among other factors, bias and stereotyping regarding people of color can impact the level of health care they receive.

That differential treatment can happen through direct care or from communication gaps in which crucial details about a patient’s medical history fail to get passed along, Bryant Mantha said.

“All told, some African-American women are probably entering pregnancy less healthy than other women,” she said.

Last summer, Beyoncé revealed she had experienced toxemia, also known as preeclampsia, while she was pregnant with her twins. The condition left her entire body swollen and she was confined to bed rest for more than a month before she had an emergency C-section.

Dr. Emily Petersen, a medical officer in the CDC’s reproductive health division, said the federal government is working with state-based health care networks to standardize care and look for situations when interventions could make the biggest difference. There’s also a push to increase education about bias.

“Some hospitals and health care systems have implemented training on implicit or unconscious bias,” Petersen said, “to think about how people’s backgrounds and unconsciousness may be affecting their care.”

Langer said publicizing cases such as Williams’ or those profiled in investigative stories in recent years by NPR and ProPublica also help tackle the problem.

“It’s important to illustrate what’s happening and make the public aware because it can encourage the health establishment to take on this crisis much more seriously,” she said.

In the end, said Bryant Mantha, the blame—and the solution—belong to everyone.