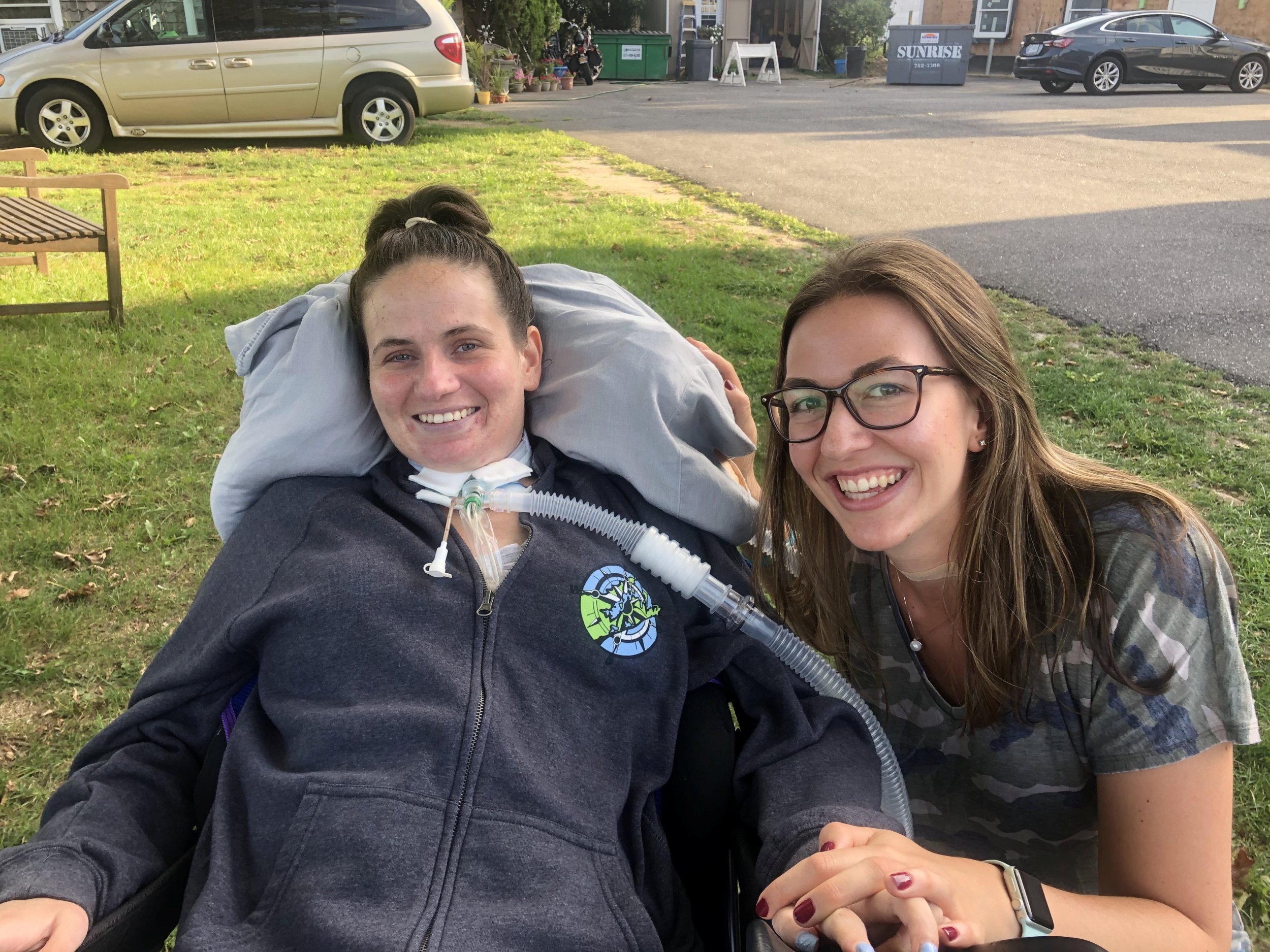 One woman’s life changed forever after she dived into a pool at a party and woke up quadriplegic, which means paralysed in all four limbs.

Dana Barrett, 31, had always been sporty and celebrated her victory from a game of mini golf at a garden party by diving into a pool.

The incident, which happened in June 2019, saw Dana hit her head on the bottom of the pool and break her neck.

After being rushed to hospital by air ambulance, she learnt days later that she had broken her C2 vertebrae in her neck, leaving her quadriplegic.

Dana spent more than a year in various hospitals, being no longer able to move or breathe independently.

The 31-year-old, from Long Island, New York, US, said: ‘I remember diving into the pool and hearing my neck crack, then nothing.

‘I woke up briefly to my boyfriend giving me mouth to mouth, then I didn’t wake up again until I was intubated in hospital two days later.

‘I thought I was having a nightmare at first, like I couldn’t move because I was being held down – and then I was told what had happened.

‘Then nobody could visit because of Covid and being alone so much made me really depressed thinking about how my life would be like that forever.

‘But now it’s been three years and I’ve come to terms with my new normal.

‘I still have struggles and get upset sometimes but I am very happy where I am now – I’m still the same Dana.’

Dana was once sporty and active – playing volleyball, basketball and lacrosse, among other activities.

Recalling the accident, she said: ‘The pool was shallow at one end and deep at the other, I went to run and dive into the deep part but didn’t run far enough.

‘As I hit my head, I actually heard my neck crack.

‘I floated back up to the surface and I couldn’t move – but could hear people around me.

‘My friend thought I was joking – I could hear her saying “Dana, stop messing around now”.’

Soon she passed out and, eventually, when she woke Dana says it felt like ‘having a nightmare’ and describes feeling as though she was being ‘held down’.

‘I would try and lift my head and I felt like it was being pulled back down,’ she continued.

‘I was getting so frustrated.’

She began doing physical therapy to recover, learning the basics again like how to eat and drink.

No longer attached to a ventilator, Dana uses a trache tube and diaphragmatic pacer, which stimulates diaphragmatic contractions to force her body to breathe.

She said: ‘This was a step back to normality.

‘I had a nurse with me which brought my anxiety down, and I started eating a lot more – I was just 100lbs (45kg) at this point.

‘I got to see my family and friends again and it made me feel like I actually had my life back.

‘My friends would come over and when lockdown got better I could go out to the restaurant I used to work at.

‘It was my first outing and it was amazing. It was so good to see everyone and just be outside again.’

In 2020, fundraising paid for Dana to have her own little cottage built, for a semi-independent life.

Dana now has an electric hoyer lift to get in and out of bed, controls her lights and TV through her phone and uses her Amazon Alexa for everything else.

She still sees her family and friends regularly and her boyfriend Seamus is always visiting.

Looking back on the traumatic experience, Dana said: ‘People don’t realise the lack of independence that comes with being quadriplegic.

‘I run on a battery now, so if something goes wrong, I can’t breathe, move or talk.

‘That’s always at the back of my mind, but I try to focus how lucky I am that I still have so much.

‘I can still eat and drink and talk, I have my home and my family and friends. I even got to meet my newborn nephew.

‘But I want to remind people how dangerous diving can be – so make sure you are aware of your surroundings.’