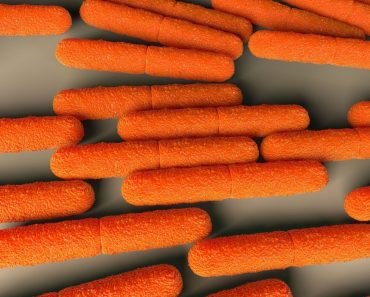 Nine people in San Diego recently developed a rare but serious illness called wound botulism after using black tar heroin, according to a new report from the Centers for Disease Control and Prevention (CDC).

The outbreak has health officials warning doctors and the public to be aware of this condition, which is tied to injection drug use.

Wound botulism occurs when a bacterium called Clostridium botulinum — the same germ that causes botulism from contaminated food — gets into a wound and produces a toxin, according to the CDC. The toxin attacks the body's nerves and can cause breathing difficulties, muscle paralysis and death, the CDC says.

In the United States, there are only about 20 cases of wound botulism diagnosed each year, and in San Diego, only about one case is reported each year. So, when San Diego health officials saw that two people had contracted wound botulism in just one week in September 2017, they sent out an alert to doctors and launched an investigation to see if there were more cases. [10 Interesting Facts About Heroin]

Ultimately, health officials identified nine cases of wound botulism that occurred between September 2017 and April 2018, according to the new report, published in the Jan. 4 issue of the CDC journal Morbidity and Mortality Weekly Report. All of the patients injected drugs, and seven of the patients specifically reported injecting black tar heroin, a dark and sticky form of the drug that is crudely processed and often contaminated with other substances. Six patients reported having injected black tar heroin under their skin in a practice called "skin popping," which is linked with wound botulism infections.

The most common symptoms of the infection were muscle weakness, difficulty swallowing and blurred vision. Wound botulism can be treated with an antitoxin, but it's important to provide prompt treatment to prevent life-threatening complications.

All of the patients in the San Diego outbreak were admitted to intensive care units at nearby hospitals, but one patient ultimately died.

It's unclear exactly why black tar heroin increases the risk of wound botulism, the CDC says. But C. botulinum is found in soil and may get into black tar heroin when the drug is produced or transported. For example, the drug is sometimes transported inside car tires, where it might be contaminated with the bacteria, the report said.

As heroin use in the U.S. rises, along with that of other opioids that contribute to the opioid epidemic, there may be an increase in cases of wound botulism, the CDC said. As such, "there is a growing need for awareness of the risks and symptoms of wound botulism," the report said.

Diagnosing wound botulism can be challenging, in part because symptoms of the illness can overlap with signs of opioid intoxication or overdose. Indeed, in the San Diego outbreak, four of the nine patients initially had their symptoms attributed to drug intoxication, and two were treated with opioid overdose medication, the report said.

People who inject drugs should be aware that wound botulism is a risk, particularly if they use black tar heroin, and doctors who treat injection drug users should be on the lookout for symptoms of wound botulism in their patients, the report concluded.