Antibiotics: we’ve found faster, better way to identify the right one to use 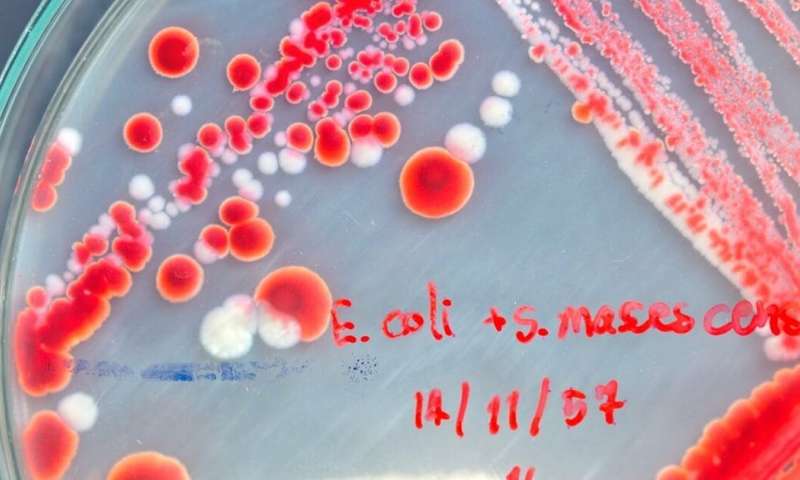 Bacterial infections are best dealt with rapidly, but lab tests to determine the type of infection a patient has are slow. So if a doctor suspects a bacterial infection, she will probably prescribe a broad-spectrum antibiotic. In other words, an antibiotic that kills a wide range of disease-causing bacteria. It’s a buckshot approach rather than a sniper’s bullet and, as such, has its disadvantages. Not only might the drug not work for the patient’s specific bacterial infection, it might also add to the problem of antibiotic resistance.

Ideally, if a doctor suspects that a patient has a bacterial infection, she will ask them to provide a sample (urine, stool, mucus) which is then sent to a lab for analysis. Here, traditional diagnostic techniques, such as the disk-diffusion test (see video below), will look at the growth of bacteria in the sample in the presence of antibiotics. An antibiotic is considered effective at treating the infection if it stops bacteria multiplying on the petri dish on which it has been cultured.

But this test can take up to 48 hours, which means treatment is delayed, giving the bugs more time to multiply. Because of this, these tests are often not performed. Also, these growth-based tools analyse entire bacterial populations made up of billions of bacteria at once, but bacteria behave differently from one another. These cell-to-cell differences are critical in defining the success of an antibiotic treatment and ought to be taken into account.

So there is an urgent need for new ways of studying the effect of antibiotics at the single bacteria level. This would allow an early identification of the correct antibiotic to treat an infection so that the development of resistance is slowed down and the patient’s recovery is improved. At the University of York, we have developed just such a test.

How we developed our new tool

Bacteria are complex machines. They continuously perform tasks such as swimming, dividing, picking up nutrients, communicating chemically, maintaining their shape and much more besides. So we asked ourselves if antibiotics interfere with any of these functions in a noticeable way.

There is a strong interest among researchers and doctors in exploring different measures of an antibiotic’s action that could make tests potentially faster than growth-based ones, so we decided to focus on how bacteria swim and their shape. To do this, we used tools from microfluidics – the science of manipulating fluids at the micro scale.

To analyse how bacterial motion and shapes are affected by antibiotics, we fabricated arrays of tiny cupped traps on a simple glass slide. A microchannel is used to seal the device and inject and manipulate solutions with bacteria to swim along.

Each trap (see diagram below) is small enough to catch a single bacterium that swims into it. Hundreds of traps help us to examine hundreds of trapped bacteria at the same time. Once caught, we monitored their movements and shape, one by one, while exposing them to antibiotics. Crucially, most healthy bacteria are excellent swimmers, which is important for their quest for nutrients and colonising surfaces. Also, they are exceptional at maintaining their body shapes. 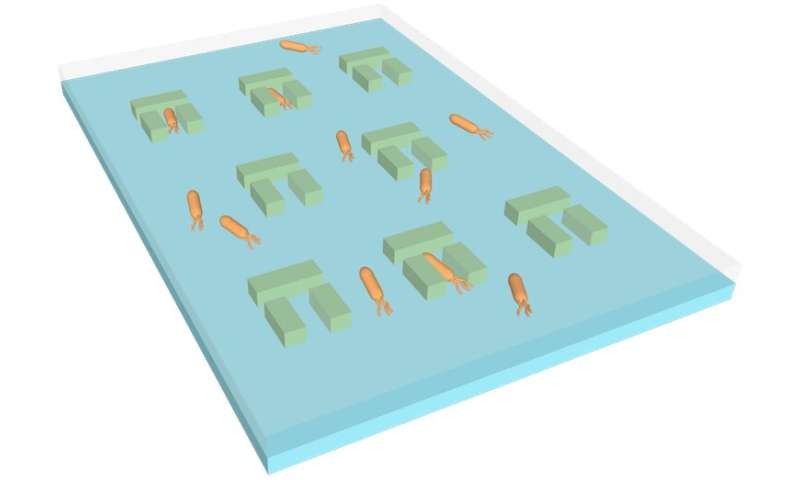 Our experiments revealed that drugs that are effective at suppressing growth interfere with both the bacteria’s movement and shape; only these antibiotics make bacteria weak and unable to swim actively. They also deform the bugs causing them to shorten, lengthen, bend or become round. So, conversely, changes in both shape and swimming suggest an antibiotic that is effective. Using this “shorthand” we were able to pinpoint efficient drugs in as little as one hour. This is a great improvement over the current growth-based methods that need 24-48 hours.

Potential for a rapid clinical device

The real advantage to our method comes from a shift in perspective – we are not looking at growth. Growing a colony to billions takes days and masks any individual differences among bacteria. Instead, we have shown that antibiotics effective at inhibiting growth in traditional tests, impair bacteria movements and deform them in a matter of hours. Also, the ability to analyse individual bacteria means doctors don’t have to wait for bugs to multiply and it lets them study cell-to-cell differences.

Our device could be developed into a fast clinical tool for assessing the most effective antibiotic to use for a given infection. Imagine you go to your doctor with a sample. Your GP would inject the sample in a device consisting of several microchannels with thousands of traps. Different antibiotics would be injected in each channel, at the same time, and software would automatically monitor the movements and shape of the individually trapped bacteria.

Since the most effective drug will affect swimming and shape faster than growth, the doctor does not need to wait for the bacteria to multiply. In a couple of hours, your doctor would be able to identify the most effective antibiotic for your specific infection and prescribe it.