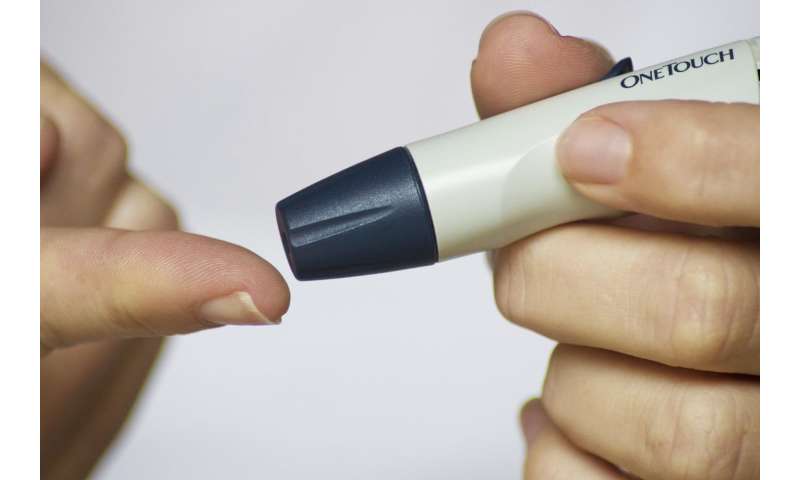 Type 2 diabetes is among the strongest risk factors for heart disease, yet up to 1 in 3 people living with diabetes don’t know they have it and go untreated. But soon there may be an app for that. New research being presented at the American College of Cardiology’s 68th Annual Scientific Session shows a popular smartphone application that measures heart rate using the phone’s built-in camera may help detect diabetes and encourage further testing by a health care provider.

Even in its early stages, diabetes can cause changes to the blood vessels—the body’s fuel lines—and how blood flows through them, often referred to as vascular changes. Researchers at the University of California, San Francisco, wanted to test whether diabetes could be detected using a smartphone camera and photoplethysmography (PPG) signal, which can pick up on vascular changes based on changes in blood flow.

He said variations in blood volume that occur with every heartbeat can be captured by shining a smartphone flashlight on a fingertip. With every heart contraction, blood pressure increases in the vessels causing them to expand, which then increases the amount of light reflected by the skin to the optical sensor of the phone’s camera. This input can then be converted to a waveform representing the volumetric change of the blood volume in a vessel.

Currently available screening tools, such as glycated hemoglobin or fasting plasma glucose, require a blood draw and an in-person clinic visit. But many Americans either don’t have easy access to a clinician, simply don’t go or can’t afford it. In addition, millions of people living with diabetes are undiagnosed, leaving them vulnerable to worsening outcomes and other health conditions, such as heart attack, heart failure and stroke.

“Diabetes can be asymptomatic for a long period of time, yet adverse vascular changes still occur silently, which can lead to cardiovascular complications. This makes it especially important for us to examine low-cost, noninvasive opportunities that make it easy to screen millions of people. To date, a noninvasive, widely-scalable screening tool for diabetes has been lacking,” Avram said. “Based on our findings, this strategy could become a low-cost way to screen for diabetes at home because it can be derived from any optical system that has a camera and a flashlight, and most people have a smartphone.”

For the study, the researchers studied 54,269 individuals enrolled in the online Health eHeart Study, an IRB-approved UCSF study, who used the Azumio Instant Heart Rate smartphone app. Azumio is one of the most widely downloaded and used app to measure heart rate. Users older than 18 years and with an email address can opt to join the Health eHeart Study. Participants were 45 years of age on average, 53 percent were male and 7 percent had self-reported diabetes. Researchers developed and applied a deep learning algorithm that used the smartphone-based PPG signal recordings from participants to identify which patients had diabetes based on this signal alone.

Overall, the model correctly identified people suffering from diabetes in more than 72 percent of the cases using the PPG signal alone. The test had a strong negative predictive value of 97 percent, meaning that out of every 100 participants who were predicted as not having diabetes, 97 truly did not have the disease. When combining the diabetes score with other commonly accessible risk factors for diabetes, such as age, gender, body mass index and race/ethnicity, the ability to appropriately classify someone as having diabetes improved further, jumping to 81 percent.

After coupling the app-based screening with common risk factors, researchers determined this tool is comparable to many traditional diabetes risk scores that are used in clinics to predict diabetes.

Avram, whose research focuses on applying and testing mobile technology interventions to improve disease management and diagnosis, said this research further underscores how smartphones, Fitbits, Apple Watches and other wearables are giving patients more tools to track and improve their health.

“The potential to transition screening that’s normally done by physicians or nurses to the patient themselves through a smartphone app is a very novel concept and gives us a glimpse into how health care might work in the future,” he said. “We are hopeful this technology will assist with early diabetes detection. A positive screening test would still require a physician to confirm the diabetes diagnosis and establish appropriate treatment.”

About 1 out of 10 American adults has diabetes and another 84 million have prediabetes, a precursor to Type 2 diabetes.