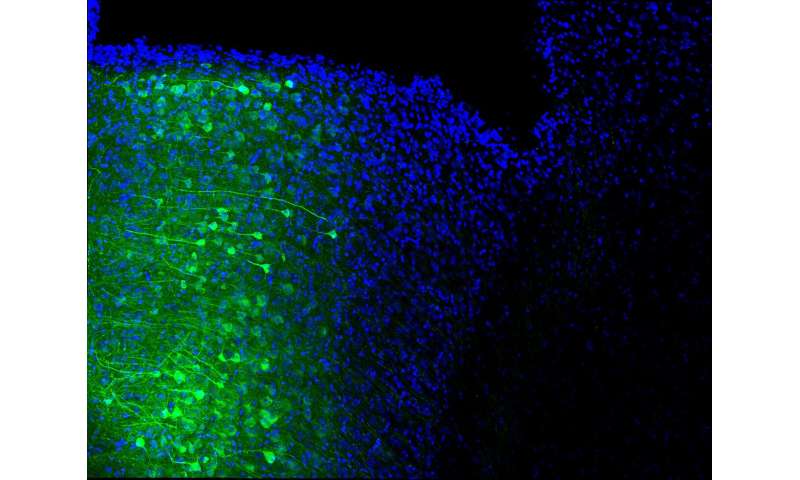 Although alcohol use is ubiquitous in modern society, only a portion of individuals develop alcohol use disorders or addiction. Yet, scientists have not understood why some individuals are prone to develop drinking problems, while others are not. Now, Salk Institute researchers have discovered a brain circuit that controls alcohol drinking behavior in mice, and can be used as a biomarker for predicting the development of compulsive drinking later on. The findings were published in Science on November 21, 2019, and could potentially have implications for understanding human binge drinking and addiction in the future.

“I hope this will be a landmark study, as we’ve found (for the first time) a brain circuit that can accurately predict which mice will develop compulsive alcohol drinking weeks before the behavior starts,” says Kay Tye, a professor in the Systems Neurobiology Laboratory and holder of the Wylie Vale Chair. “This research bridges the gap between circuit analysis and alcohol/addiction research, and provides a first glimpse at how representations of compulsive alcohol drinking develop across time in the brain.”

The National Institutes of Health defines alcohol use disorder as a chronic brain disease in which an individual drinks compulsively, often with accompanying negative emotions. Previous research has focused on examining the brain after a drinking disorder develops. Tye’s team sought to discover the brain circuits that are responsible for a predisposition for compulsive drinking to develop in the first place, which had not been previously studied.

“We initially sought to understand how the brain is altered by binge drinking to drive compulsive alcohol consumption,” says Cody Siciliano, first author and assistant professor in the Department of Pharmacology at Vanderbilt University. “In the process, we stumbled across a surprising finding where we were actually able to predict which animals would become compulsive based on neural activity during the very first time they drank.”

In this study, the researchers created a test called a binge-induced compulsion task (BICT) to examine how susceptibility toward alcohol consumption interacts with experience to produce compulsive drinking in mice. The BICT allowed the researchers to examine alcohol consumption as well as consumption with negative consequences, such as a bitter taste added to the alcohol. Through a series of tests, the scientists observed that the mice could be sorted into three groups: low drinkers, high drinkers and compulsive drinkers. Unlike the first two groups, the compulsive drinkers showed insensitivity to negative consequences.

The researchers then used an imaging technique called microendoscopic single-cell resolution calcium imaging to chart the cells and brain regions of interest prior to drinking, during drinking and after drinking alcohol. Specifically, they looked at neuron activity in two regions involved in behavioral control and responding to adverse events: the medial prefrontal cortex and the periaqueductal gray matter, respectively. They found that the development of compulsive alcohol drinking was related to neural communication patterns between the two brain regions, and was a biomarker for predicting future compulsive drinking. Further, the researchers used optogenetics to control the activity of the neural pathway using light. By turning the brain circuit on or off, the scientists were able to either increase compulsive alcohol drinking or reduce it.

“Now, we can look into the brain and find activity patterns that predict if mice will become compulsive drinkers in the future, before the compulsion develops,” says Tye. “We do not know if this brain circuit is specific to alcohol or if the same circuit is involved in multiple different compulsive behaviors such as those related to other substances of abuse or natural rewards, so that is something we need to investigate.”