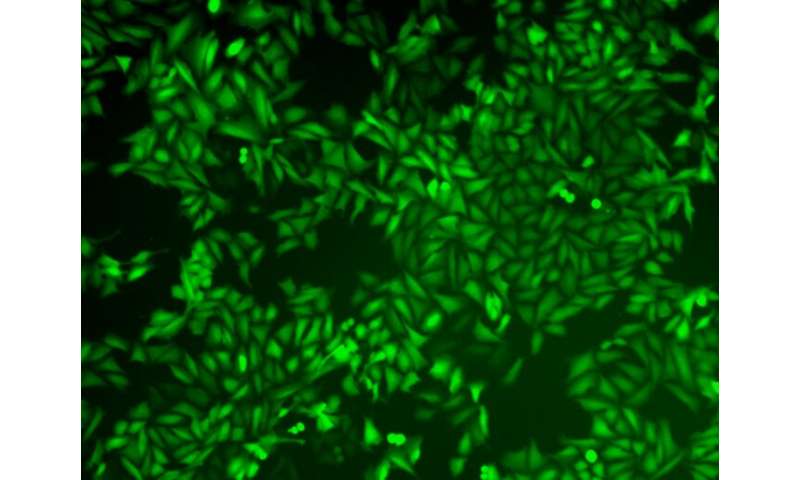 The findings from scientists at the USC Michelson Center for Convergent Bioscience and Nagoya University’s Institute of Transformative BioMolecules (ITbM) advance a burgeoning area of research: turning the body’s circadian rhythms against cancer.

Their study, conducted on human kidney cancer cells and on acute myeloid leukemia in mice, was published Jan. 23 in the journal Science Advances

The scientists found that a molecule named GO289 targets an enzyme that controls the cell’s circadian rhythm. This drug-protein interaction then disrupts the functions of four other proteins that are important for cell growth and survival.

In effect, GO289 can jam the cogs of the cell’s circadian clock, slowing its cycles. And it can do so with little impact to healthy cells.

“In some cancers, the disease takes over the circadian clock mechanism and uses it for the evil purpose of helping itself grow,” said Steve Kay, director of convergent biosciences at the USC Michelson Center and USC Provost Professor of Neurology, Biomedical Engineering and Biological Sciences. “With GO289, we can interfere with those processes and stop the cancer from growing.”

Kay is among several scientists from USC Dornsife College of Letters, Arts and Sciences, USC Viterbi School of Engineering and Keck School of Medicine at USC who are collaborating across multiple disciplines to find new solutions for treating cancer, neurological disease and cardiovascular disease.

On its initial interactions with human bone cancer cells, GO289 appeared to slow the tumors’ circadian clock as it targeted an enzyme, named CK2.

To see if GO289 consistently hindered other cancers in the same way, the scientists then tested it on human kidney cancer cells and on mice with acute myeloid leukemia. They found that GO289 specifically affected cancer cell metabolism and other circadian-related functions that normally would enable the cancer to grow and spread.