Growing up in poverty increases diagnoses of psychosis-spectrum mental illnesses 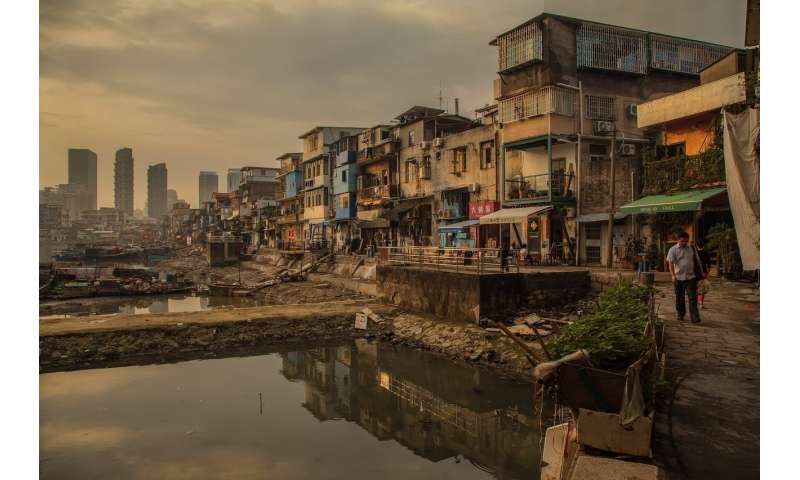 Growing up in impoverished urban neighborhoods more than doubles your chances over the average person of developing a psychosis-spectrum disorder by the time you reach middle adulthood, according to a new UC Davis and Concordia University study of nearly 4,000 families who were monitored over 30 years.

The results of the study suggest that intervention through social policies and investment in neighborhood improvements, as well as identifying those most in need of help by observing certain child behaviors, could prevent future debilitating illnesses and the societal and personal costs associated with them, said the study’s authors.

“One important message to take from this study is that the stresses and chronic day-to-day challenges of living in under-resourced or impoverished communities can undermine the well-being of individuals whether they seem to have a vulnerability or not,” said Paul D. Hastings, professor in the Department of Psychology at UC Davis and the lead author of the paper. He explained that while heredity is a major factor in predicting schizophrenia, bipolar disorder and other disorders involving psychoses ­— that is, breaks with reality, like delusional beliefs and hallucinations—this study provides clear evidence that environmental factors experienced in childhood also affect future mental health.

The origins of the Concordia Longitudinal Research Project date back to the 1970s, when the initial researchers, Ledingham and Schwartzman, sought to test existing theories on the roles of early adversity and children’s social characteristics on the development of psychiatric disorders.

The researchers followed families living in low-income urban communities in French-speaking parts of Montréal, Québec, comprising, in the end, nearly 11,000 individuals. Peer reports of behavior at school were used to assess children’s aggression, withdrawal and likeability. Beginning in the mid 2000s, Hastings, Schwartzman and their colleagues began reviewing the previous three decades of individual medical records for the family members and census data on neighborhood economic conditions. On average the children were about 10 years old at the start of the study, and were followed until they were 40. During the same period, their parents aged from their late 30s into their late 60s. Residents of Québec receive government-funded health care, and the researchers were able to analyze numerically coded records of the subject families in order to identify psychiatric diagnoses.

“…improving neighborhood conditions for all families in economically disadvantaged communities, and working directly with the families of children showing risky profiles of behavior, could improve the quality of people’s lives and markedly reduce health care costs.”

Because the researchers were able to identify parental diagnoses in the sample studied, their analyses were able to predict the children’s future prevalence of psychiatric disorders above and beyond what would result from heredity, Hastings said. More than 6 percent of the children had developed schizophrenia, bipolar disorder with psychosis, and other psychosis-spectrum disorders by middle-adulthood, and those children who grew up in the most economically disadvantaged neighborhoods had the greatest likelihood of being diagnosed with schizophrenia or bipolar disorder.

The study also found childhood social behaviors to be strong predictors of psychotic illnesses. In particular, children who were evaluated by their peers as both highly aggressive and highly withdrawn were likely to develop psychosis-spectrum disorders if they also grew up in more impoverished neighborhoods. “This hypothesis was one of the reasons that Dr. Schwartzman and Dr. Ledingham started this study in 1976, and to my knowledge, this is the first prospective longitudinal study that shows that these combined characteristics of aggression and withdrawal predict future psychosis spectrum disorders,” Hastings said.

He said these findings suggest that intervention with young children exhibiting these complex patterns of antisocial behavior could improve outcomes.