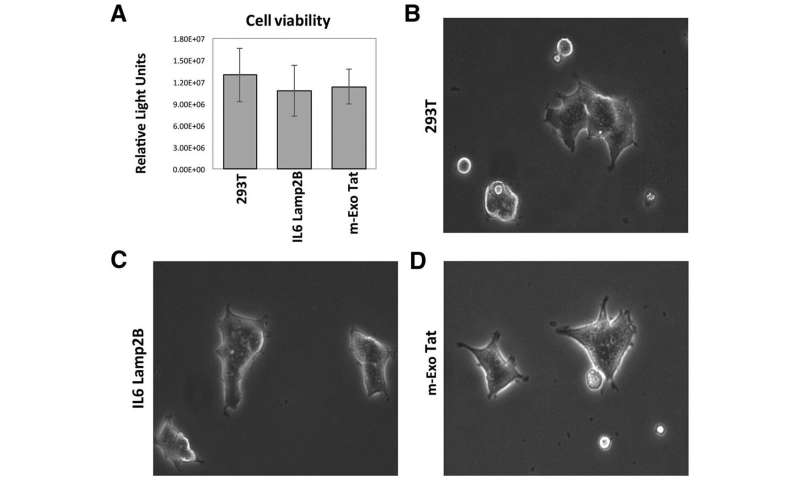 The cover for issue 54 of Oncotarget features Figure 2, “Comparative proteomic profiling of the peptides/proteins identified from 293T, IL16lamp2b and mExo-Tat samples,” by Lu, et al.

The HIV-1 Tat protein is a potent activator of viral transcription.

Dr. Nagib Ahsan and Dr. Bharat Ramratnam said, “The HIV-1 Tat protein is a transcription factor with 86 or 101 residues (depending on subtype) that is essential for trans-activating transcription of the HIV-1 viral genome”

The HIV-1 Tat protein is a transcription factor with 86 or 101 residues that is essential for trans-activating transcription of the HIV-1 viral genome.

Tat acts by binding to TAR, a structured region in the nascent transcript, and recruits positive transcriptional elongation factor B complex to the HIV-1 LTR promoter to enhance processive transcription by stimulating the elongation of prematurely terminated transcripts.

When treated with SMX-SA, HIV-1 Tat expression in Jurkat cells induced greater level of oxidative stress than the control cell lines by altering the activity of cellular proteins required for homeostasis.

Using the SIV model, investigators have found that uncontrolled viral replication leads to HIV-1 Tat mediated activation of FOXO3 which in turn leads to the down regulation of anti-apoptosis proteins such as gene B-cell lymphoma 2 and up-regulation of the pro-apoptosis gene Bcl-2-like 11.