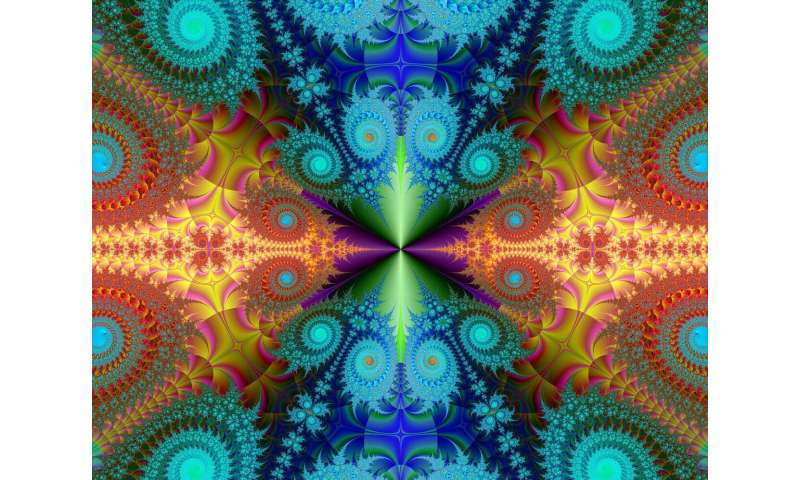 Johns Hopkins Medicine is launching a new psychedelic research center where scientists will test the potential of so-called magic mushrooms and other drugs to treat some of the toughest mental health and addiction challenges.

The center, announced Wednesday, is believed to be the first center in the United States and the largest in the world to focus on drugs still better known as symbols of 1960s counterculture than serious medicine.

The Center for Psychedelic and Consciousness Research at Johns Hopkins Medicine is being funded by a $17 million donation from a group of private donors. Since federal funding cannot be used for such research, the center needs private support.

The Hopkins center’s research will focus on applications of the drugs for treating opioid addiction, Alzheimer’s disease, post-traumatic stress disorder, eating disorders and depression, among other diseases.

“Psychedelics are a fascinating class of compounds,” said Roland Griffiths, the center’s director and a professor of behavioral biology in the Hopkins School of Medicine.

“They produce unique and profound change in consciousness,” he said. “The center will allow us to expand on research to develop new treatments for a wide variety of psychiatric disorders. And it will allow us to extend on past research in healthy people to improve their sense of well being.”

“Johns Hopkins is deeply committed to exploring innovative treatments for our patients,” Dr. Paul B. Rothman, CEO of Johns Hopkins Medicine and dean of the medical school’s faculty, said in a statement. “Our scientists have shown that psychedelics have real potential as medicine, and this new center will help us explore that potential.”

Psilocybin and MDMA are illegal drugs in the United States classified by the federal government along with heroin and cocaine. Laws relating to salvia vary by state, but it’s illegal in most states.

But researchers at Hopkins and elsewhere have said such drugs could help in areas of pain, addiction and brain disorders.

The center is being funded by the Steven & Alexandra Cohen Foundation and philanthropists who include Tim Ferriss, an author and technology investor; Matt Mullenweg, co-founder of WordPress; Blake Mycoskie, founder of the shoe company TOMS; and Craig Nerenberg, an investor.

Ferriss said his interest in the drugs is personal. There is depression and brain disease among family members and a good friend died of a drug overdose. He said his contribution, between $2 million and $3 million, is the largest investment he has made in a corporate or nonprofit endeavor.

He said he was hoping to “affect the timeline” of federal regulatory approvals for psychedelic drugs, though he opposed over-the-counter uses.

“Good science takes time,” he said, adding that he wanted to support “unlocking the full potential of productive teams.”

The center will look at how psychedelics affect behavior, brain function, learning and memory, the brain’s biology and mood.

The Hopkins researchers said Wednesday they understood the risks and dangers of using psychedelic drugs that they said were not addictive but could be abused. They said they could control for potential abuse or bad outcomes, such as long-term effects of the drug’s use on those with undiagnosed mental health disorders, in a laboratory setting where people and drugs are carefully screened.

The National Institute on Drug Abuse says there are many potential short- and long-term harms from hallucinogens. Users can see, hear and feel things that don’t exist, experiences that can be unpleasant, known as a “bad trip.”

Users can suffer increased heart rate and blood pressure, nausea, intensified feelings, loss of appetite, sleep problems, excessive sweating and panic, though others may have intense spiritual experiences and feelings of relaxation. Users also can be a danger if they drive.

Over time, according to the drug abuse institute, users can suffer persistent psychosis, visual disturbances, disorganized thinking, paranoia and mood changes, among other problems.

The institute said people can overdose on some hallucinogens, such as PCP, though serious medical emergencies are not common and not associated with drugs typically used in the research studies. Drugs also can be contaminated, and those trying to use psilocybin could consume poisonous mushrooms that look like the ones containing the compound.

There are not currently any federally approved psychedelic drugs for medicinal purposes.

“The field is chalk full of lessons, and we take them seriously,” said Matthew Johnson, an associate professor of psychiatry and behavioral sciences in the medical school, who is the center’s assistant director. But he said the potential benefits could be enormous.

“Overall we see psilocybin as paradigm shift, a game changer in treating mental health disorders,” he said. “That, and for addiction, which is causing a staggering numbers of deaths.”

The rate of fatal opioid overdoses is likely to make use of psilocybin more acceptable to the public, after a so-called war on drugs in the 1970s and ’80s stymied all research into psychedelic substances for decades, said Sara Lappan, a visiting instructor in the counseling program at the University of Alabama at Birmingham’s department of human studies.

Lappan is working on a study using psilocybin to treat addiction to cocaine, a drug that has been making a comeback among users after years of declines. The Alabama study is among a handful around the country testing psilocybin for a variety of treatments.

That study aims to give people “the ability to change” because of how they view themselves. It’s like giving them “10 years of therapy smashed into six hours,” she said.

Researchers, she said, hope eventually to use their scientific data to change the legal status of the drug, though she said she knew of no researcher that wants recreational use of psilocybin. And she agreed that the studies have shown promise because the participants and the substances are carefully screened.

“Across the board there are really promising findings,” she said of the small circle of researchers’ studies.

At Hopkins, the funding is expected to support five years of research and a team of six faculty neuroscientists, experimental psychologists and clinicians. It will also fund five postdoctoral scientists and train graduate and medical students who want to pursue careers in psychedelic science.

The potential therapies are likely to please advocates for psychedelics, in part because research won’t be limited to those suffering a devastating brain disorder.