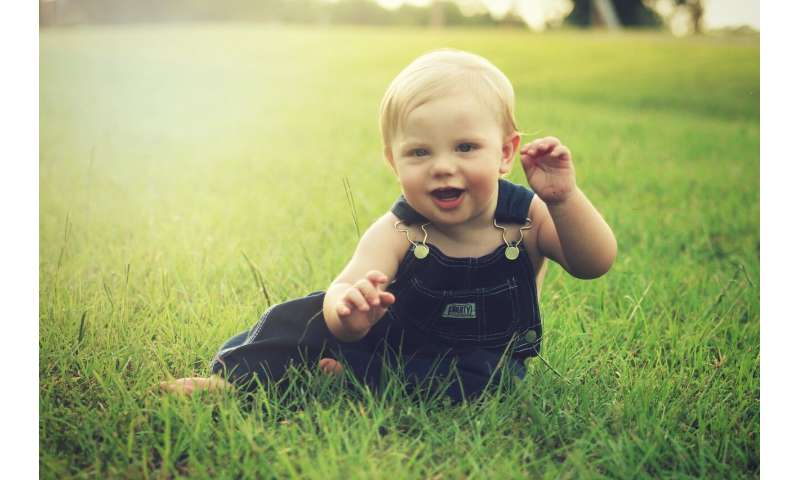 In and around Chicago’s Little Village neighborhood, long-standing causes of friction like gun violence and poverty have for some families combined with newer fears of immigration crackdowns and deportation of loved ones—and mental health professionals hope to address toxic stress that can have long-term effects on the lives of very young children.

Aiming to rectify the shortage of mental health care available to infants and children younger than 5 in Little Village and Lawndale, the Erikson Institute, an early childhood graduate school, has opened a new clinic there, its first free-standing health center outside its River North home base.

An opening reception was held recently, though the clinic has been operating since May, and social workers had started doing visits in the area for 18 months leading up to that.

“There’s lots of anxiety around separation—divorce, deportation, incarceration while awaiting deportation,” said Marcy Safyer, who oversees all clinical operations for the institute.

Much has been learned over the last two decades about how trauma and diversity during early childhood and infancy can have a long-term negative impact, and Erikson officials, along with community-based organizations that make referrals to the clinic, hope its presence there will help fill a gap in such mental health services.

Little Village is a young neighborhood, with about 30% of its 80,000 residents younger than 18 and 10% younger than 5, according to the institute. That’s one reason the Erikson chose this neighborhood for its first free-standing clinic.

Inside an otherwise drab office building on West 26th Street near Pulaski Road, colorful dots about the size of dinner plates mark a path through a first-floor hallway leading to a small, bright office where age-specific therapy rooms with carpeting and soft rugs are designed to be inviting and to make children feel safe and comfortable.

An infant room has a rocking chair and a play mat for babies to lie on and learn to roll and sit. Toddler rooms have larger toys with rounded edges—police cars, two play houses, stuffed animals and throw pillows.

Some of the children the clinic serves, Safyer said, have experienced or witnessed a parent being deported, or an incident of domestic or gun violence.

“They can’t talk about it, but they will put on a police uniform and play it out,” Safyer said, noting the rooms even have play handcuffs. “That’s part of the therapeutic process. Anything to allow them to show.”

The neighborhood is vibrant, and local organizations work to prevent violence but also to support children after violent acts and to be available for young gang members who, if they decide to walk away, have a loving adult to turn to. There’s consensus among those groups that the neighborhood lacks adequate mental health services for kids.

“Enlace has definitely struggled to find appropriate mental health services for young children,” Nuques said. “We are thrilled for the resources this center will provide.”

The center, which is working to be able to accept Medicaid as payment, has been getting referrals from organizations like Enlace and El Valor, an early childhood education provider that has a center in Little Village. The clientele consists of about 20 families, but the center has capacity for nine social workers with caseloads of 10 to 12 families who are seen two hours each week.

When new families arrive, they receive an assessment from social workers, which includes home and school visits to observe the children and how they interact with others. Treatment rooms have cameras so therapists are able to review clients’ behaviors later.

And though the center is billed as infant and early childhood mental care, it’s as much about treating parents as children.

“The work we do is inter-generational,” Safyer said. “Parents bring stress and anxiety to the relationship, and the science shows that it’s the quality of the relationship with a parent that shapes the architecture of a child’s brain.”

Parents are also the crucial link to getting children in the door. And that alone can be a challenge.

Erikson officials said some families have cited a fear of travel around the neighborhood as a reason for not wanting to visit the center. A gang boundary running north and south divides the neighborhood roughly halfway between Kostner and California avenues, and for young men involved in gangs or their family members, crossing that boundary to reach the facility could be risky. Even afternoon sports activities for local children are divided into two separate leagues on each side of the boundary. Erikson officials said social workers will make house calls if a family expresses safety concerns.

“Our job is to strengthen and support the parent-child relationship,” Safyer said, “because it is that relationship which allows each child to reach their full potential.”

The importance of mental health support even for very young children has come into sharper focus in recent decades.

While conventional wisdom used to be that children 5 and younger were too young to understand or be affected by what was happening to adults in their world, a watershed study in 1998 upended that thinking. The Adverse Childhood Experiences study found correlations between adverse childhood experiences and negative health outcomes later in life, including stroke, heart disease and cancer, along with depression, suicide and substance abuse.

Research has shown that children have physical responses to trauma even if they don’t have the language to explain it. Because so much of a child’s development happens in the first five years of life, trauma and stress during that period can have an outsized effect on a child’s development.

“People want to believe that little children, babies, are not affected by things if they can’t talk about them or articulate an understanding of them,” said Bradley Stolbach, a professor of pediatrics at the University of Chicago who’s worked with childhood trauma patients for two decades. “But that is not really the case. … Trauma affects people at a physical level, so the impact is on the brain and the body even if the person is not aware of that at the time.”

This is especially true, he said, for attachment-related trauma like divorce, deportation or incarceration that would interrupt or sever a child’s relationship with his or her primary caregiver. That’s why the therapy rooms at the Erikson clinic have two play houses—so that if children can’t speak to anxiety over separation, they can still act it out with the toys. And though there are myriad risk factors in a child’s life, the most important protective factor, according to experts, is the presence of a loving, reliable caregiver.

“It’s extremely important that children, early in their lives dealing with adversity, get the right kind of intervention that can address trauma and address attachment-related injuries. That’s the foundation for development going forward for the rest of their life,” Stolbach said.

Stolbach gave the example of a child he treated who was about a year old when his mother was killed in front of him. At age 8, the boy was peeing his pants.

“Because he was a baby, nobody wanted to ever talk to him about what had happened. But he knew some from what he had heard and he knew at a biological level because that trauma happened to him,” Stolbach said. “And so part of the treatment involved answering whatever questions he had about what happened to his mom. Through doing that, he stopped peeing his pants.”

Another early childhood development expert, Dr. Andrew Garner, a pediatrician with University Hospitals in Ohio, said that as important as the ACE study was, “we had lots of clues before then that show us what happens in childhood doesn’t necessarily stay in childhood.”

With advances in epigenetics and neuroscience, he said, “it became clear we’re filling in the pieces and peering inside the black box and … beginning to understand how experiences become biologically and socially embedded.”

Later research showed how trauma changes the body’s physiology. Garner co-authored a 2012 report for the American Academy of Pediatrics that introduced the term “toxic stress”—coined by the report’s other co-author a couple of years earlier—to a wider caregiving audience. That term doesn’t describe a particular event or stressor but the inability for the body to turn off its physical stress response, usually because of the absence of a loving and steady caregiver.

“Because the early roots … of problems in both learning and health typically lie beyond the walls of the medical office or hospital setting, the boundaries of pediatric concern must move beyond the acute medical care of children and expand into the larger ecology of the community, state and society,” the policy stated.

Now, gang intervention workers, cops, firefighters, teachers and others who work with kids or are often exposed to trauma incorporate trauma-informed practices into their jobs. It may not be child-specific, but there’s a push to professionalize trauma-sensitive practices within these institutions.