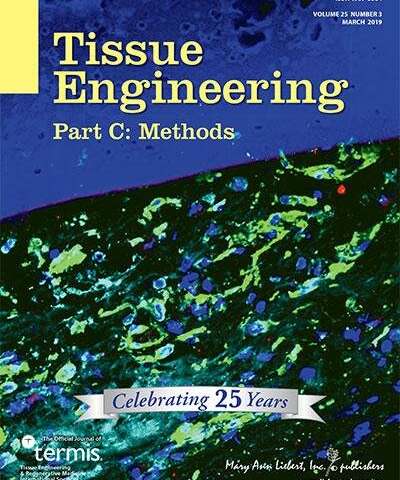 Bone fracture healing can be augmented with the application of pulsed electromagnetic fields (PEMFs), but a consensus regarding idealized conditions is lacking. A new study characterizes the in vitro effects of these PEMFs on the crucial osteoblast precursor cells and seeks to determine the optimal conditions that will promote bone regeneration. The study is published in Tissue Engineering.

Swee-Hin Teoh, Nanyang Technological University, Singapore, presents his work with colleagues in an article titled “Effects of Electromagnetic Field on Proliferation, Differentiation and Mineralization of MC3T3 Cells”. The authors applied a daily controlled dose of pulsed electromagnetic radiation in varying duration to MC3T3-E1 osteoblast precursor cells and monitored cell viability and metabolic activity. This analysis revealed that the PEMFs increased cell proliferation either with or without osteogenic media. Calcium deposition was not enhanced by the PEMF, but osteogenic gene expression was induced. The study demonstrates that PEMF parameters must be chosen carefully to produce the desired effects for bone regeneration.