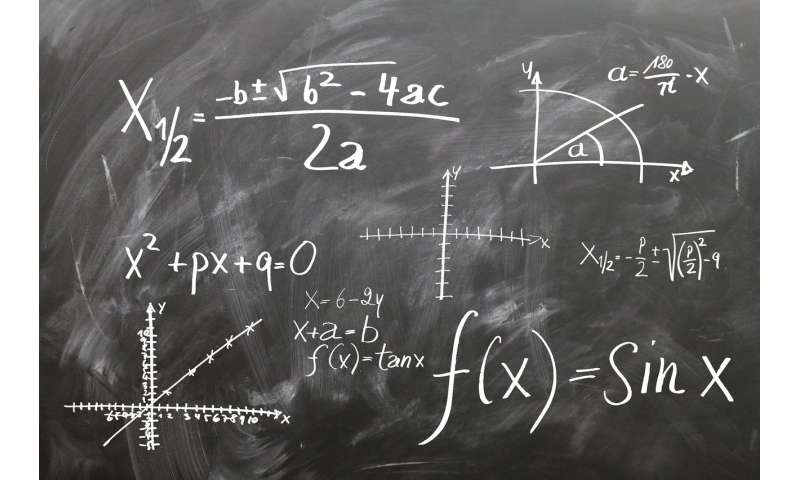 A report out today examines the factors that influence ‘maths anxiety’ among primary and secondary school students, showing that teachers and parents may inadvertently play a role in a child’s development of the condition, and that girls tend to be more affected than boys.

The report was funded by the Nuffield Foundation, with additional support from the James S McDonnell Foundation.

The UK is facing a maths crisis: according to a 2014 report from National Numeracy, four out of five adults have low functional mathematics skills compared to fewer than half of UK adults having low functional literacy levels.

While mathematics is often considered a hard subject, not all difficulties with the subject result from cognitive difficulties. Many children and adults experience feelings of anxiety, apprehension, tension or discomfort when confronted by a maths problem.

A report published today by the Centre for Neuroscience in Education at the University of Cambridge explores the nature and resolution of so-called ‘mathematics anxiety’.

In a sample of 1,000 Italian students, the researchers found that girls in both primary and secondary school had higher levels of both maths anxiety and general anxiety.

More detailed investigation in 1,700 UK schoolchildren found that a general feeling that maths was more difficult than other subjects often contributed to maths anxiety, leading to a lack or loss of confidence. Students pointed to poor marks or test results, or negative comparisons to peers or siblings as reasons for feeling anxious.

“While every child’s maths anxiety may be different, with unique origins and triggers, we found several common issues among both the primary and secondary school students that we interviewed,” says Dr. Denes Szucs from the Department of Psychology, the study’s lead author.

Students often discussed the role that their teachers and parents played in their development of maths anxiety. Primary-aged children referred to instances where they had been confused by different teaching methods, while secondary students commented on poor interpersonal relations.

Secondary students indicated that the transition from primary to secondary school had been a cause of maths anxiety, as the work seemed harder and they couldn’t cope. There was also greater pressure from tests—in particular, SATS—and an increased homework load.

Relationship between maths anxiety and performance

In a study published in 2018, the researchers showed that it is not only children with low maths ability who experience maths anxiety—more than three-quarters (77%) of children with high maths anxiety are normal to high achievers on curriculum maths tests.

“Because these children perform well at tests, their maths anxiety is at high risk of going unnoticed by their teachers and parents, who may only look at performance but not at emotional factors,” says Dr. Amy Devine, the 2018 study’s first author, who now works for Cambridge Assessment English. “But their anxiety may keep these students away from STEM fields for life when in fact they would be perfectly able to perform well in these fields.”

The researchers set out a number of recommendations in the report. These include the need for teachers to be conscious that an individual’s maths anxiety likely affects their mathematics performance. Teachers and parents also need to be aware that their own maths anxiety might influence their students’ or child’s maths anxiety and that gendered stereotypes about mathematics suitability and ability might contribute to the gender gap in maths performance.

“Teachers, parents, brothers and sisters and classmates can all play a role in shaping a child’s maths anxiety,” adds co-author Dr. Ros McLellan from the Faculty of Education. “Parents and teachers should also be mindful of how they may unwittingly contribute to a child’s maths anxiety. Tackling their own anxieties and belief systems in maths might be the first step to helping their children or students.”

The researchers say that as maths anxiety is present from a young age but may develop as the child grows, further research should be focused on how maths anxiety can be best remediated before any strong link with performance begins to emerge.

“Our findings should be of real concern for educators. We should be tackling the problem of maths anxiety now to enable these young people to stop feeling anxious about learning mathematics and give them the opportunity to flourish,” says Dr. Szucs. “If we can improve a student’s experience within their maths lessons, we can help lessen their maths anxiety, and in turn this may increase their overall maths performance.”