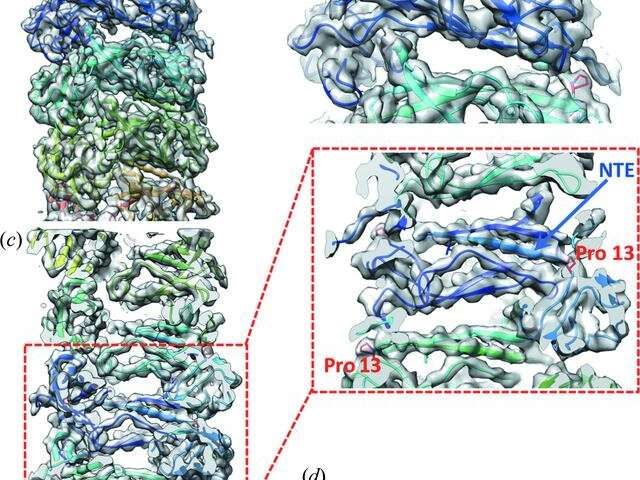 For the first time researchers have deciphered the near-atomic structure of filaments, called ‘pili’, that extend from the surface of bacteria that cause traveler’s diarrhea. Without pili, these bacteria do not cause disease. Knowing this structural information may lead to the development of new preventive therapies for the disease.

Traveler’s diarrhea is an inconvenience to many in the U.S., but worldwide it can be deadly. It produces a watery diarrhea, which can cause life-threatening dehydration in infants or other vulnerable populations. With more than one billion cases each year, hundreds of thousands of deaths can be attributed to this bacterial disease which is caused by enterotoxigenic Escherichia coli (ETEC), invading the small intestine via pili.

Researchers from Boston University School of Medicine (BUSM), University of Virginia and Umeå University used heat to remove the pili from the bacteria and then used an electron microscope to look at the filaments in a near-native state, frozen in a glass-like solid and kept cold using liquid nitrogen. Because pili comprise hundreds of copies of a single protein, they were able to merge information from many pictures to determine a high-quality, three-dimensional view of the filament.