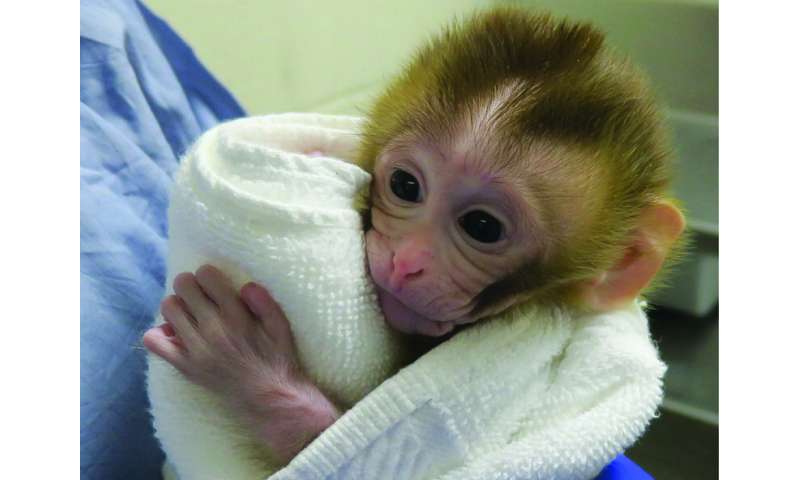 One in three childhood cancer survivors is at risk of becoming infertile due to chemotherapy or radiation, and since their sperm or eggs have not matured, assisted reproduction using those sperm or eggs is not an option when they become adults. Now in a major first, researchers at the University of Pittsburgh School of Medicine and the Magee-Womens Research Institute (MWRI) have reported in a non-human primate model that immature testicular tissue can be cryopreserved, and later used to restore fertility to the same animal.

The advance, reported in Science, marks a milestone in the development of next generation assisted reproduction therapies, and offers hope for fertility preservation in prepubertal boys who are about to undergo cancer treatments.

“We grew up in families ourselves, and I imagine that many of us dreamed about growing up and having our own families,” said the study’s senior author Kyle Orwig, Ph.D., professor of obstetrics, gynecology and reproductive sciences at Pitt’s School of Medicine and an MWRI investigator. “This advance is an important step toward offering young cancer patients around the world a chance at having a family in the future.”

Boys are not born with mature sperm. Rather, hormonal changes during puberty lead to an increase in testosterone, which activates stem cells in the testes to start producing sperm. In prepubertal boys, chemotherapy, radiation or other medical treatments can kill these stem cells and cause permanent infertility.

“Previous research in non-human primates has demonstrated that sperm could be produced from autologous transplants of frozen prepubertal testicular tissue, but the ability to produce a healthy live offspring—the gold standard of any reproductive technology—has not been achieved until now,” said first author Adetunji Fayomi, Ph.D., a former graduate student in Orwig’s lab and postdoctoral scholar at Pitt. 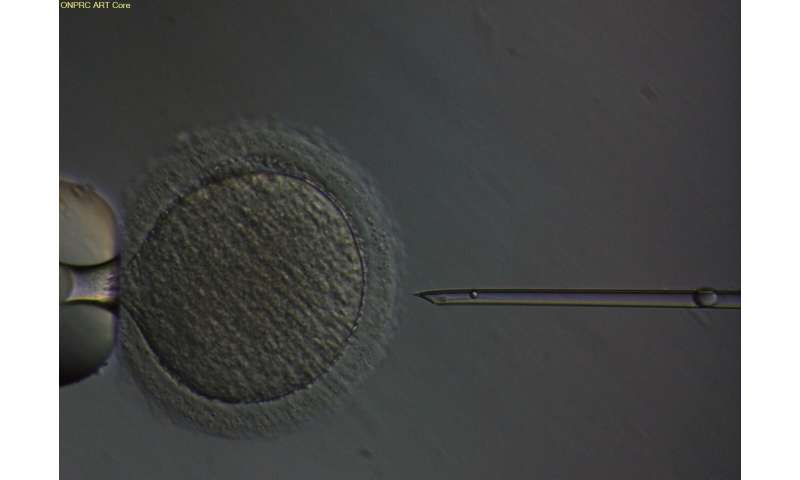 In the current study, Orwig and his team developed a non-human primate model of cancer survivorship. Prior to treating with chemotherapy, the researchers cryopreserved immature testicular tissue. They later thawed and transplanted pieces of the tissue under the skin of the same animal.

Eight to 12 months later, after the animals entered puberty, the researchers removed the grafts and found large numbers of sperm to be present. They sent the sperm to their collaborators at the Oregon National Primate Research Center at Oregon Health and Science University who were able to generate viable embryos, which were then transferred to recipient females.

In April 2018, one of the females gave birth to a healthy female baby, which Orwig named “Grady—a portmanteau of “graft-derived” and “baby.”

“With Grady’s birth, we were able to show proof-of-principle that we can cryopreserve prepubertal testicular tissue, and later use it to restore fertility as an adult,” Fayomi said.

The authors note that in comparison to previous work, they used a different cryopreservation protocol and grafted larger pieces of testicular tissue, which may have contributed to the success of the current effort.

In preparation for clinical translation, Orwig established a fertility preservation program in 2010 at UPMC Magee-Womens Hospital. The program offers pediatric cancer patients the option of cryopreserving testicular or ovarian tissue before starting cancer treatments. Since then, it has expanded through collaborations with centers around the world. Orwig hopes that when these patients grow up and want families of their own, they’ll have that option.