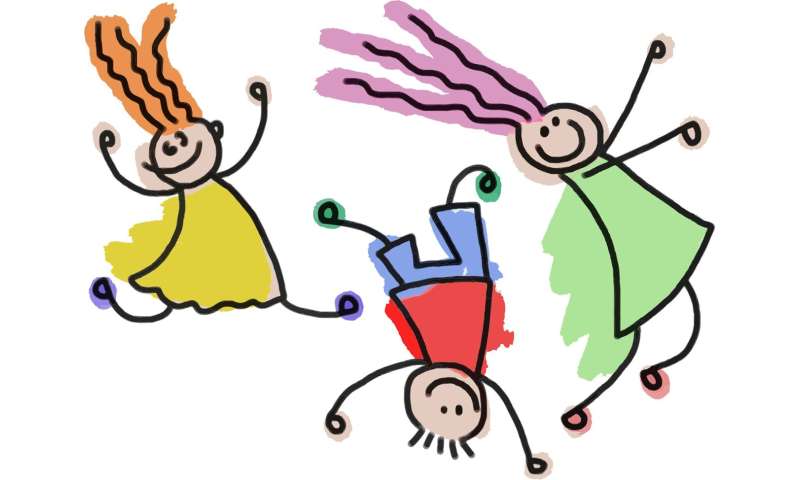 In the blink of an eye, the human visual system can process an object, determining whether it’s a cup or a sock within milliseconds, and with seemingly little effort. It’s well-established that an object’s shape is a critical visual cue to help the eyes and brain perform this trick. A new study, however, finds that while the outer shape of an object is important for rapid recognition, the object’s inner “skeleton” may play an even more important role.

Scientific Reports published the research by psychologists at Emory University, showing that a key visual tool for object recognition is the medial axis of an object, or its skeletal geometry.

“When we think of an object’s shape, we typically imagine the outer contours,” explains Vladislav Ayzenberg, first author of the paper and an Emory Ph.D. candidate in psychology. “But there is also a deeper, more abstract property of shape that’s described by skeletal geometry. Our research suggests that this inner, invisible mechanism may be crucial to recognizing an object so quickly.”

“You can think of it like a child’s stick drawing of a person,” adds Stella Lourenco, senior author of the study and an associate professor of psychology at Emory. “Using a stick figure to represent a person gives you the basic visual information you need to immediately perceive the figure’s meaning.”

Visual perception of an object begins when light hits our eyes and the object is projected as a two-dimensional image onto the photoreceptor cells of the retina. “A lot of internal machinery is whirring between the eyes and brain to facilitate perception and recognition within 70 milliseconds,” Ayzenberg says. “I’m fascinated by the neural computations that go into that process.”

Although most people take it for granted, object recognition is a remarkable feat. “You can teach a two-year-old what a dog is by pointing out a real dog or showing the child a picture in a book,” Lourenco says. “After seeing such examples a child can rapidly and with ease recognize other dogs as dogs, despite variations in their individual appearances.”

The human ability at object recognition is robust despite changes in a class of objects such as outer contours, sizes, textures and colors. For the current paper, the researchers developed a series of experiments to test the role of skeletal geometry in the process.

In one experiment, participants were presented with paired images of 150 abstract 3-D objects on a computer. The objects had 30 different skeletal structures. Each object was rendered with five different surface forms, to change the visible shape of the object, without altering the underlying skeleton. The participants were asked to judge whether each pair of images showed the same or different objects. The results found that skeletal similarity was a significant predictor for a correct response.

A second experiment, based on adaptations of three of the objects, tested the effects of proportional changes to the shape skeleton. Participants were able to accurately predict object similarity at a rate significantly above chance at every level of skeletal change.

The results suggest that the visual system is not only highly sensitive to the skeletal structure of objects, but that this sensitivity may play an even bigger role in shape perception than object contours.

“Skeletal geometry appears to be more important than previously realized, but it is certainly not the only tool used in object recognition,” Lourenco says. “It may be that the visual system starts with the skeletal structure, instead of the outline of an object, and then maps other properties, such as textures and colors, onto it.”

In addition to adding to fundamental knowledge of the human vision system, the study may give insights into improving capabilities for artificial intelligence (AI). Rapid and accurate object recognition, for example, is vital for AI systems on self-driving cars.