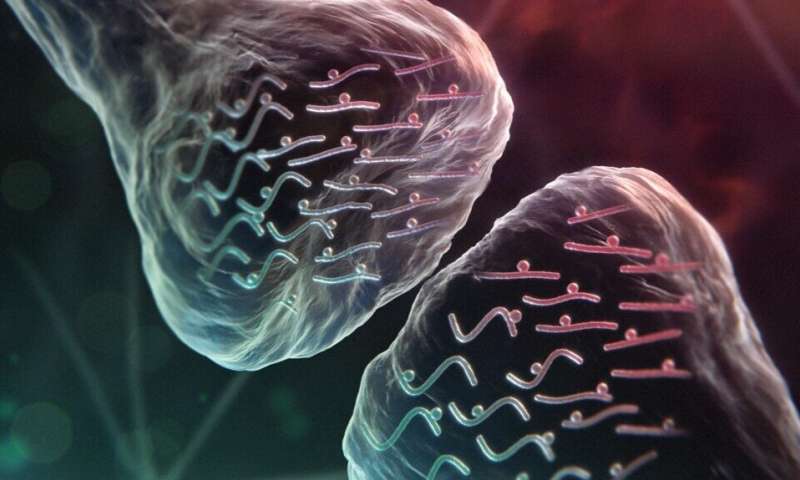 Chronobiologists at Ludwig-Maximilians-Universität (LMU) in Munich, Germany, show in two articles in the journal Science how critical the sleep-wake cycle is for protein and phosphorylation dynamics in synapses to ultimately regulate its activity.

The internal clock controls virtually all physiological processes in the human body predicting daily recurring environmental changes such as day and night. How the circadian rhythm and sleep influences molecular mechanisms at the cellular level in the brain is not yet fully understood. Professor Maria Robles, head of a research group at the Institute of Medical Psychology at LMU Munich, shows in two recent articles published in the journal Science how sleep and wake cycles, rather than the circadian clock, drive cycles of protein abundance as well as phosphorylation in synaptic proteins to orchestrate dynamics of synaptic activity in the brain. “Our work shows that sleep-wake cycles play a central role in the temporal regulation of many aspects of synaptic functions,” says Maria Robles.

The LMU chronobiologist and her research group use mass spectrometry-based quantitative proteomics to profile daily dynamics of protein and phosphorylation in in vivo isolated synapses from mouse forebrain. For the studies in Science, the team investigated how synaptic proteome and phosphoproteome are dynamically shaped across the day and how it is affected by sleep deprivation.