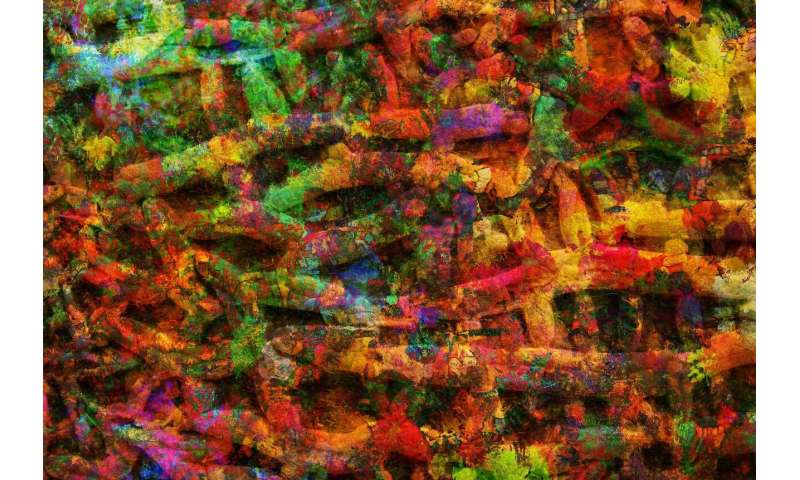 An international team of researchers has found that the gut microbiota in mice play an influential role in skeletal muscle mass maintenance and function. In their paper published in the journal Science Translational Medicine, the group describes their experiments with wild and lab-raised mice, and what they found.

Over the past several years, scientists have found that gut microbiota in humans and other animals play a far bigger role in maintaining health than previously thought. In addition to processing food, the gut microbiome plays an important role in immunity and in regulating cholesterol and triglycerides. And imbalances in the gut microbiota have been associated with conditions such as Crohn’s disease, IBS and other inflammatory diseases. Now, the researchers with this new effort have found evidence that suggests the gut microbiome also plays a role in maintaining the right amount of skeletal muscle mass and its function—at least in mice.

Skeletal muscle is one of the three main types of muscle—the other two are cardiac and smooth. Skeletal muscle is very much what it sounds like—the collection of muscles that are connected to bones in the skeleton that control movement, most specifically, the limbs.

To learn more about the possible impact of the microbiome on skeletal muscle mass, the researchers obtained several wild mice and compared their microbiota with germ-free mice (mice with no microbiome at all). Compared to the wild mice, the germ-free mice had atrophied skeletal muscles. They also expressed fewer chemicals that support muscle growth. The researchers found that the mice that lacked a microbiome had higher-than-normal levels of multiple amino acids—a sign of liver problems. They also found that the mice had lower levels of a precursor to a neurotransmitter called acetylcholine, which is involved in transmitting signals between skeletal muscle and nerves.