Study traces the origins of Chikungunya in Brazil 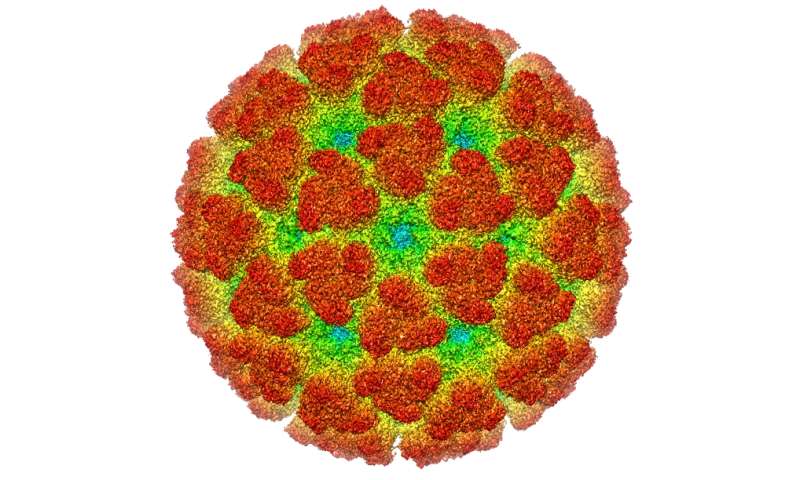 New evidence suggests that Chikungunya virus arrived in Brazil at least one year earlier than it was detected by public health surveillance systems. Scientists at the Center for Infection and Immunity (CII) at the Columbia Mailman School of Public Health and Fundação Oswaldo Cruz published their findings in the journal Scientific Reports.

Blood samples collected at the Institute Nacional de Infectologia in Rio de Janeiro between March 2016 and June 2017 were analyzed using a genetic test, the QuantiTect/QuantiNova Prove RT-PCR Kit. The test identified 40 samples positive for Chikungunya virus and negative for Dengue virus and Zika virus. Researchers then retested these samples using the CII-ArboViroPlex, a multiplex test developed by CII that can simultaneously scan for the presence of Zika virus, all serotypes of dengue virus, chikungunya virus, and West Nile virus. The CII test confirmed the earlier testing, but performed with greater sensitivity, suggesting it could identify the virus when other tests could not.

Fourteen of these samples representing dates across the fifteen-month collection period were further analyzed using VirCapSeq-VERT, a method developed at CII for viral diagnosis, surveillance, and discovery. VirCapSeq-VERT enabled recovery of near-complete viral genomic sequences and identification of the viruses as representatives of the East-Central-South-African genotype of chikungunya virus.

An analysis of the fourteen genomic sequences showed a strong correlation between genetic divergence and the date at which the sample was taken. This allowed the researchers to identify a “molecular clock” based on the pace of mutations between samples. The timing suggested the virus could have circulated as early as 2012 and was likely imported from Central Africa. Chikungunya virus was first reported by public health surveillance systems in 2014.

“With heightened concerns around Zika, more Brazilians were tested for the infection,” says Nischay Mishra, Ph.D., the study’s leader at CII. “At the same time, many of those tested were actually infected with dengue or chikungunya, which present with similar symptoms.”