The first dexterous and sentient hand prosthesis has been successfully implanted 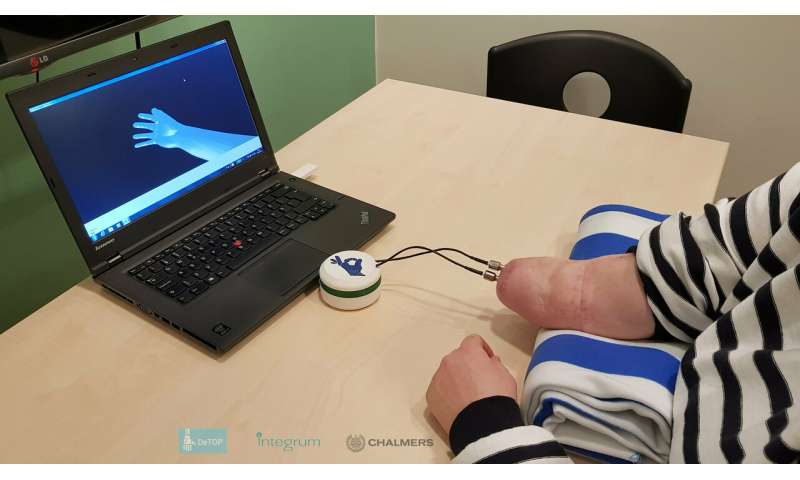 A female Swedish patient with hand amputation has become the first recipient of an osseo-neuromuscular implant to control a dexterous hand prosthesis. In a pioneering surgery, titanium implants were placed in the two forearm bones (radius and ulnar), from which electrodes to nerves and muscle were extended to extract signals to control a robotic hand and to provide tactile sensations. This makes it the first clinically viable, dexterous and sentient prosthetic hand usable in real life. The breakthrough is part of the European project DeTOP.

Conventional prosthetic hands rely on electrodes placed over the skin to extract control signals from the underlying stump muscles. These superficial electrodes deliver limited and unreliable signals that only allow control of a couple of gross movements (opening and closing the hand). Richer and more reliable information can be obtained by implanting electrodes in all remaining muscle in the stump instead. Sixteen electrodes were implanted in this first patient in order to achieve more dexterous control of a novel prosthetic hand developed in Italy by the Scuola Superiore Sant’Anna and Prensilia. 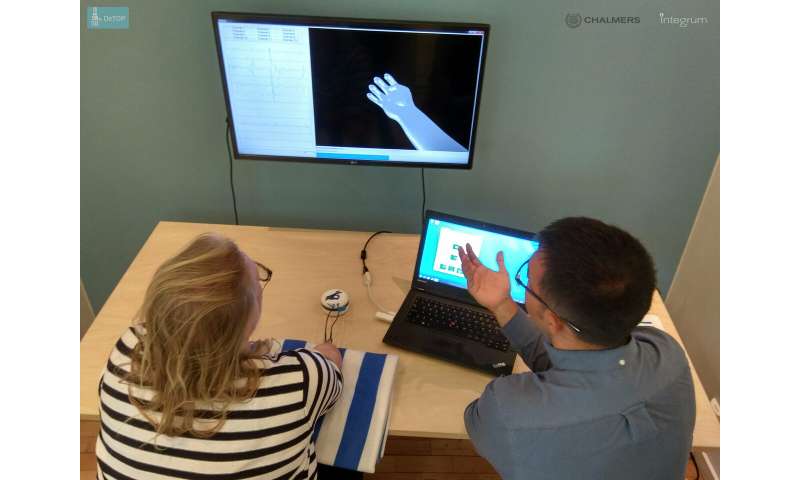 Current prosthetic hands have also limited sensory feedback. They do not provide tactile or kinesthetic sensation, so the user can only rely on vision while using the prosthesis. Users cannot tell how strongly an object is grasped, or even when contact has been made. By implanting electrodes in the nerves that used to be connected to the lost biological sensors of the hand, researchers can electrically stimulate these nerves in a similar manner as information conveyed by the biological hand. This results in the patient perceiving sensations originating in the new prosthetic hand, as it is equipped with sensors that drive the stimulation of the nerve to deliver such sensations.

One of the most important aspects of this work is that this is the first technology usable in daily life. This means it is not limited to a research laboratory. The Swedish group—Integrum AB and Chalmers University of Technology—have previously demonstrated that control of a sentient prosthesis in daily life was possible in above-elbow amputees using similar technology. This was not possible in below-elbow amputees where there are two smaller bones rather than a single larger one as in the upper arm. This posed several challenges on the development of the implant system. On the other hand, it also presents an opportunity to achieve a more dexterous control of an artificial replacement. This is because many more muscles are available to extract neural commands in below-elbow amputations.

Bones weaken if they are not used (loaded), as commonly happen after amputation. The patient is following a rehabilitation program to regain the strength in her forearm bones to be able to fully load the prosthetic hand. In parallel, she is also relearning how to control her missing hand using virtual reality, and in few weeks, she will be using a prosthetic hand with increasing function and sensations in her daily life. Two more patients will be implanted with this new generation of prosthetic hands in the upcoming months, in Italy and Sweden.