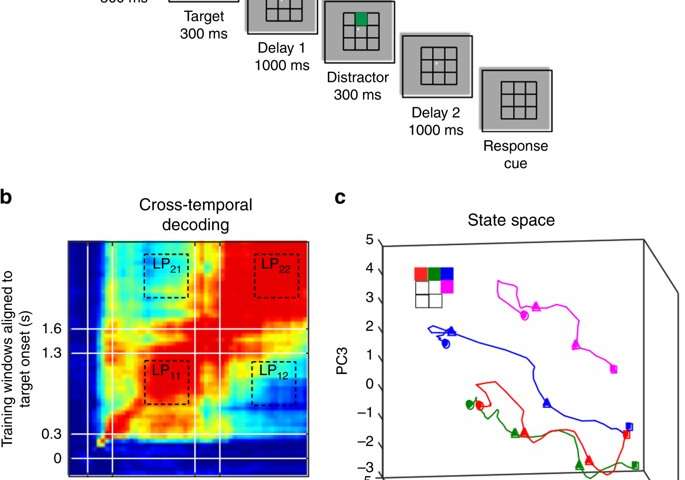 Researchers working in The N.1 Institute for Health at NUS, led by Assistant Professor Camilo Libedinsky from NUS Psychology, and Senior Lecturer Shih-Cheng Yen from the Innovation and Design Programme at NUS Engineering, have discovered that a population of neurons in the brain’s frontal lobe contain stable short-term memory information within dynamically-changing neural activity.

This discovery may have far-reaching consequences in understanding how organisms have the ability to perform multiple mental operations simultaneously, such as remembering, paying attention and making a decision, using a brain of limited size.

The results of this study were published in the journal Nature Communications on 1 November 2019.

In the human brain, the frontal lobe plays an important role in processing short-term memories. Short-term memory has a low capacity to retain information. “It can usually only hold six to eight items. Think for example about our ability to remember a phone number for a few seconds—that uses short-term memory,” Asst Prof Libendisky explained.

Here, the NUS researchers studied how the frontal lobe represents short-term memory information by measuring the activity of many neurons. Previous results from the researchers had shown that if a distraction was presented during the memory maintenance period, it changed the code used by frontal lobe neurons that encode the memory.

“This was counterintuitive since the memory was stable but the code changed. In this study, we solved this riddle,” Asst Prof Libedinsky said. Employing tools derived from machine learning, the researchers showed that stable information can be found within the changing neural population code.

This means that the NUS team demonstrated that memory information can be read out from a population of neurons that morphs their code after a distractor is presented.

This simple finding has broader implications, suggesting that a single neural population may contain multiple independent types of information that do not interfere with each other. “This may be an important property of organisms that display cognitive flexibility,” Asst Prof Libedinsky explained.