Zoonosis, the transmission of an infectious disease from animals to humans, represents a major public health issue. This is particularly highlighted by the recent coronavirus disease 19 (COVID-19) pandemic and the Ebola virus disease outbreak across Western Africa in 2014 – 2016, both of which are suspected to have originated in animals.

Reverse zoonosis, in which a disease transmits from humans to animals, also poses threats to animal health as well as public health, due to the potential for animal disease reservoirs to form. 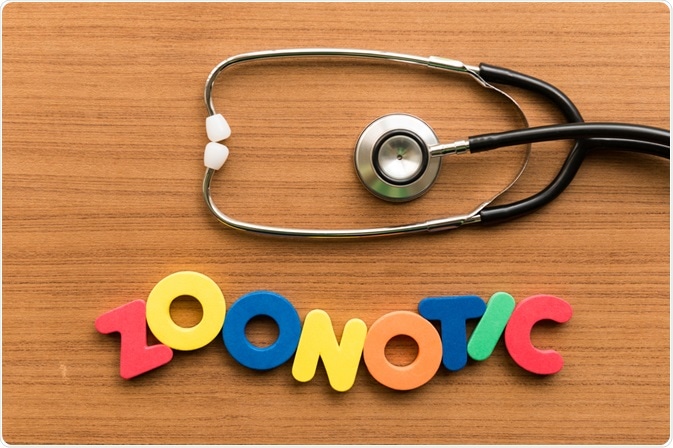 The animal origins of many infectious diseases are well characterized and can range from bacterial, viral, parasitic, or fungal in nature. However, for these diseases to cross the species barrier and persist in a new host population, certain conditions must be met.

Firstly, the contact between the original host and the potential new host must be sufficient for transmission events to occur (interspecific interactions). Secondly, there must be enough compatibility between the pathogen and recipient host to establish an infection and promote ongoing transmission (host-virus interactions). Finally, the network of the recipient species must be structured in such a way as to allow the infection to spread through the population (host-host interactions).

Much of the scientific focus of infectious diseases that cross-species barriers are those that jump from animals to humans. In fact, almost 62% of pathogens affecting humans are estimated to have multi-species infectivity. Because of this, humans also carry the potential to transmit diseases to animals with which they come into close contact.

A recent example of this is reports of the severe acute respiratory syndrome coronavirus 2 (SARS-CoV-2), the causative agent of COVID-19, being detected in domesticated and farmed animals.

From humans to animals

Reverse zoonosis can have a severe impact on the health of the animals affected. In 2020, several mink farms in the Netherlands reported cases of severe respiratory disease. Analysis of those minks that had passed away identified SARS-CoV-2 as the causative pathogen, which was likely introduced into the population after contact with infected farmworkers.

Humans are also able to pass on diseases to their pets. There have been several documented cases of domesticated dogs, cats, and ferrets displaying flu-like symptoms, which were identified as being caused by an influenza A virus that had likely been transmitted from the pet’s owners. Some of these animals, particularly the cats and ferrets, progressed to severe respiratory distress and even death.

The threat that human-derived pathogens pose to endangered species is also an important topic. In Tanzania, an outbreak of human metapneumovirus led to fatalities in a wild chimpanzee population. The virus was believed to have been transmitted by researchers and visitors to the national park where the chimpanzees resided.

Another potential human-derived emerging disease in an endangered species is caused by the parasite Giardia duodenalis. This parasite has been found in the stool samples of both wild and captive African painted dogs and is thought to have derived from the open defecation of infected humans contaminating the local area.

COVID-19 and the rise of zoonotic infectious diseases

A major concern with reverse zoonosis events is the potential for disease reservoirs to form, whereby reintroduction of pathogens into human populations could occur. This can be demonstrated by the incidents at the mink farms in the Netherlands. After the initial reverse zoonotic transmission of COVID-19, the disease then spread mink-to-mink before spilling back over into the human farmworkers.

One of the best-studied reverse zoonoses is that of human-to-pig transmission of influenza A viruses. Farmed pigs are considered an important reservoir and a potential source of an emerging influenza pandemic, due to the fact that they can contract both human and avian influenza viruses. Because of this, there is the possibility for the genetic exchange of viral segments (reassortment) to occur, whereby a new viral strain emerges.

In 2009 there was a global outbreak of an H1N1 influenza A virus subtype (pH1N1), dubbed the swine flu pandemic. Although originating in Mexico due to a pig-to-human zoonosis event, a large-scale reverse zoonosis of pH1N1 back into pigs then occurred globally.

As well as being a concern for swine herd health, the sustained pig-to-pig transmission of the human-origin pH1N1 created the potential for disease reservoirs or genetic reassortment to occur. This was born out in the United States of America when the reassortment of pH1N1 with a human seasonal H3N2 influenza A virus led to sporadic outbreaks of the novel H3N2v influenza from 2011 onwards.

As globalization and industrialization increase, the likelihood of disease crossing species barriers does also. Trade, free movement of people, and agricultural and urban expansion lead to greater human-to-human and human-to-animal contact. There is therefore a greater possibility of zoonosis and reverse zoonosis manifesting and spreading globally.

This, in turn, poses public health, conservation, and economic risks. Gaining a better understanding of the risk factors associated with reverse zoonosis can help identify potential pathogens and transmission routes and ultimately prevent such events from occurring. 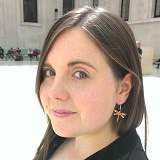 Kirstin completed her undergraduate degree in Biology at the University of Leeds, where a final year project investigating the genomes ofToxoplasma gondiiandNeospora caninumignited her interest in medically important parasites. She then went on to gain an M.Sc. degree in Medical Parasitology from the London School of Hygiene & Tropical Medicine.